What happens to lasers in space battles?

In Star Wars, we see many space battles and there are many missed shots. 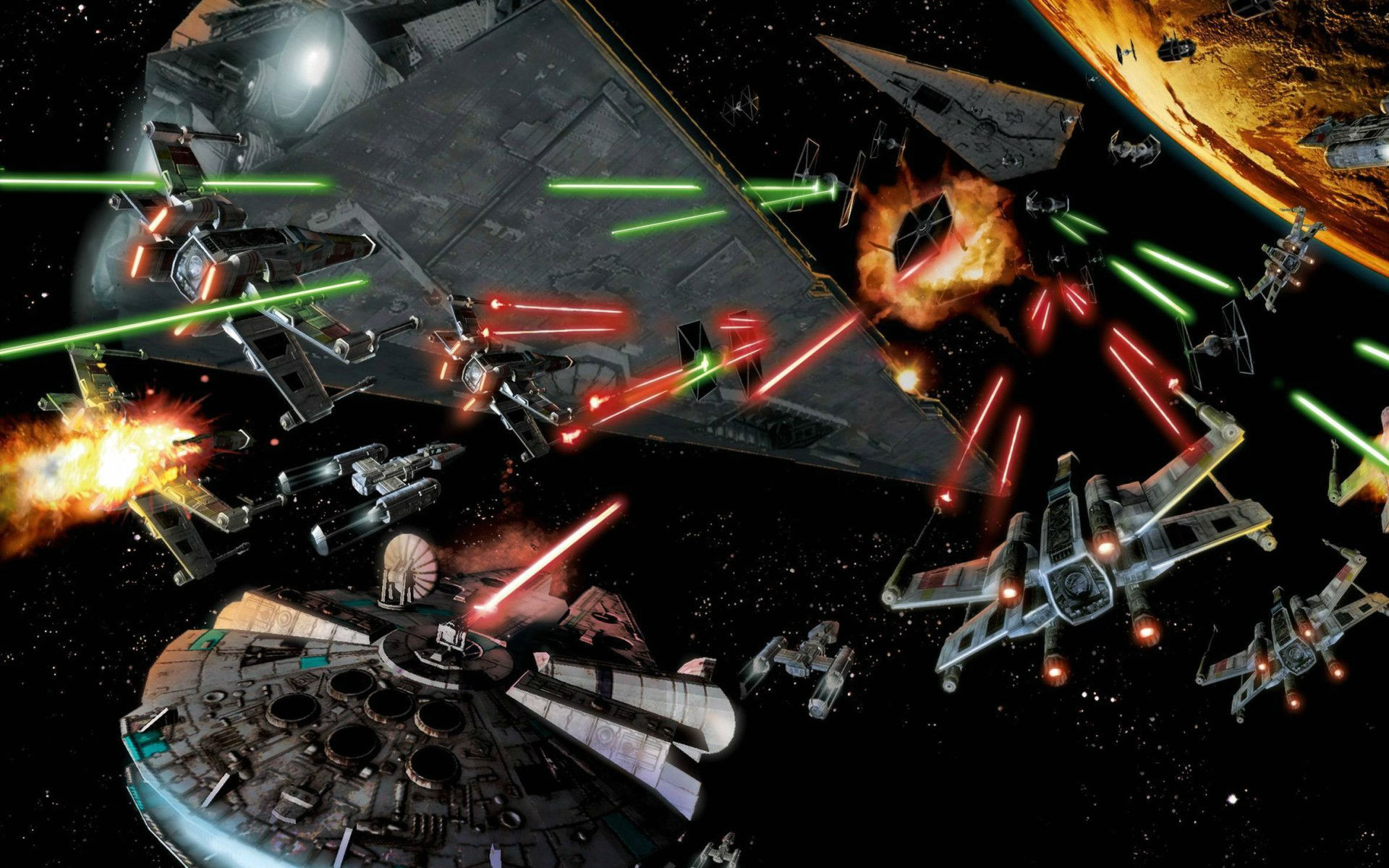 What happens to the lasers when they fly off into space? Do they eventually just fizzle out, or do they continue on forever? You would think that occasionally, something gets hit by a stray laser thousands of miles away.

I will confine my answer to Star Wars, as you are using that tag, and the question would be too broad if applied to Science Fiction at large.

Ships in Star Wars are not firing actual lasers, they are firing blasters:

This indicates that a blaster is emitting physical matter.

Instead of firing a coherent beam of light like the archaic laser, the blaster fired a compressed, focused, high-energy particle-beam that was very destructive, commonly referred to as a "bolt."

As one can see in the films, these bolts move at speeds well short of light, as we can see the bolts moving, and ships at short range are sometimes able to dodge them. Logically, we may thus conclude that:

While a laser beam has a very specific focal point (even if very far) after which it scatters proportionally to distance, the weapons in SW are actually using projectile-based (bolts), meaning that they are not designed with a focal point of maximum damage, but the self-contained energy in them will decrease over time.

As for differences in damage:

The Beam will do maximum damage at the focal point (d) and damage will be a little lower toward the source of the beam and toward 2xd (opposite of the source), and will continually decrease after 2xd range.

The Bolt will do maximum damage at it's barrel exit and damage will decrease over time as it's internal energy consumes.

Not the answer you're looking for? Browse other questions tagged star-wars space weapon physics or ask your own question.

10
Why do the training drone's shots not bounce off the lightsaber?
165
Why are ships in Star Wars so ridiculously easy to steal?
3
Book about a mutiny on a space ship, the hero has a scarred face
13
Blaster policy in the Mos Eisley Cantina?
19
What happens to Jedi expelled from the order?