The story was about the human beings becoming too "static" in evolutionary terms. A scientist engineers much smaller human beings, that in their infancy are "about an inch high" (IIRC). This is, he says, to have the best ratio between the nervous system and the body they have to control.

This new race proves to be extremely smart, telepathic, and of course there's a military bad guy that opposes the project. There are also three other bad guys, which are the typical not-so-smart-bad-guys, that in the very end

get caught by the small humans and have their heads cut off.

Also at the end, something that I consider very silly is found out:

the small humans have formed their own civilization, which is under control of a giant brain that they have built.

Any suggestion as to the title?

EDIT: Adding details to answer the comment, I've read it in the early 90s, but I think it was from the 80s. It was a full novel, and I think it was aimed at adults (but I was only 14 at the time).

I have the first two books in a trilogy by Gordon Williams, published in the late 70s. The series is described here. My only memories of the plot are that it was not related to the Mirconauts toys, and it involved miniature people.

Summary for first book, The Micronauts:

Earth's resources were exhausted. Civilization had collapsed. Food was a luxury in a world poisoned by chemical wastes and doomed by uncontrollable violence. Man's last hope was Project Arcadia, the bizarre experiment submitted to by a group of dedicated scientists. They were the new pioneers, risking their own lives to explore the strangest land that ever existed. 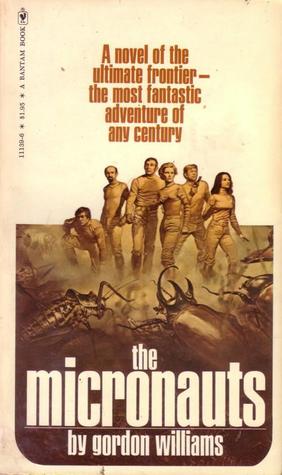 I believe it is Hellstrom's Hive you are looking for.

Not the answer you're looking for? Browse other questions tagged story-identification genetic-engineering or ask your own question.

26
Is Ender genetically-engineered?
46
Identify a story about genetically engineered Vampires
10
Short SciFi story where humans have evolved into pure energy beings
11
What's the name of that comic team with genetically engineered government agents?
11
Web story about aliens who twist humans into various sub-humans
8
In which book did alien protagonists absorb and mutate humans, turning their flesh into biological weapons that they then used against other humans?