Who was the woman in 'Turn Left'?

In "Turn Left" when Donna has a time beetle put on her back, who is the mysterious woman and what is her motivation? 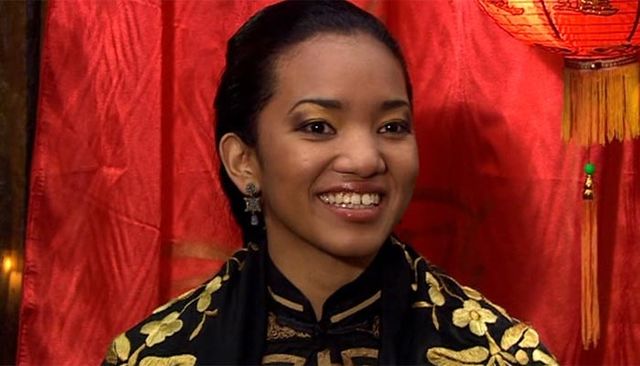 The time-beetle (and presumably also its handler, the mysterious Fortune Teller) are identified by the Doctor as being part of the "Trickster's Brigade", a pan-species grouping of creatures and humans that are led by the Trickster, an immortal extra-dimensional alien who seems to delight in mucking around with time, both in an attempt to create disturbances and rifts through which it can enter reality and for its own perverse gratification.

THE DOCTOR: Just got lucky, this thing. It's one of the Trickster's Brigade. Changes a life in tiny little ways. Most times, the universe just compensates around it, but with you... great big parallel world!

The Trickster and his crew are seen and mentioned in a variety of other episodes within in the continuity (notably making a personal appearance in The Sarah Jane Adventures) but this particular lady only appears in 'Turn Left' and is never seen from, or referred to ever again.

Her personal motivations for helping the Trickster aren't clearly defined, but it would appear that she gains some sort of vicarious satisfaction when the time-beetle distorts reality. Suffice to say, Donna's reality distortion causes her an overload.

The FORTUNE TELLER is on the floor, curled into the corner, terrified: like she experienced all this, the whole different world, felt it, way beyond anything she'd planned

0
Why is there a time beetle on Donna's back in The Stolen Earth?
10
What happened to Mr Saxon in the alternative universe in ‘Turn Left’?
9
How did the meta-crisis Doctor survive (or remain sane) when Doctor-Donna didn’t?
5
Who was the woman signing books in The End of Time?
7
What happened to Captain Jack in Turn Left?
14
Why doesn't the world end in “Turn Left?”
5
Since Brock's mother had died, who was the woman who claimed to be his mother later on?
9
Why did the Tardis turn red at the end of Turn Left?
3
Who was that woman in Atlantis protecting one of Mother Boxes?
9
If the Doctor was the last of the Time Lords, what happened to Susan?