Mech fighting cartoon on TV in the early 2000's

I am trying to find the name of a show (or possibly two shows) that I used to watch when I was younger. The show was a cartoon about giant mechs in the shape of various animals fighting each other, each mech had a human pilot. The show had two variants, one where there were teams of mechs that fought each other in competitions and another where there was a full scale war between two factions throughout the galaxy.

I think I watched the show on British satellite TV (Sky) in the early 2000's but I can't remember which channel.

This is likely Zoids. Animal-shaped mecha and TV Tropes notes that:

The animated series takes a lot of inspiration from the Gundam franchise, with the first two series having a war theme and later series lightening it up with a tournament storyline. 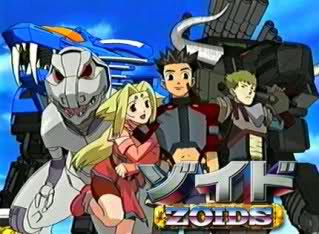 And indeed, it was shown on Sky TV around 2005, possibly as a rerun as people were talking about it being shown "again".

Zoids: Chaotic Century is the first Zoids anime series. Its setting is loosely based on that of Battle Story, and follows Van Flyheight as he meets an amnesiac girl called Fiona and a small Zoid called Zeke. As the series progresses, Van meets various opponents, such as Raven, and friends, like Moonbay and Irvine, and eventually ends up helping Fiona in her quest to regain her memory and to find a mysterious entity called the "Zoid Eve". Their quest takes them into the thick of an ongoing war between the two factions of the Helic and Guylos.

And of Zoids: New Century Zero:

Zoids: New Century Zero takes place some time after the events of Guardian Force, however, aside from a few cameo appearances, there is no direct relation to the past series. In New Century Zoid battles have become a tournament-based fighting competition. The main character is Bit Cloud, a junk dealer, who forms part of the Blitz Team. He becomes a pilot of their Zoid, the Liger Zero, a temperamental Zoid that previously had been unpilotable. Bit and Liger form a partnership and end up joining the Blitz Team in their various league matches. He is aided by his teammates, Leena Toros, Brad Hunter, Jamie Hemeros, as well as their leader, Dr. Steve Toros.

2
Series identification late 90 early 2000's
9
Identify an animated TV series which was copy of Harry Potter
4
Looking for old sci-fi cartoon
4
UK Kids Series 90's/early 2000's Identification
4
A cat and a dog, a dollar store Lucky Luke and… Sebastian from The Little Mermaid
7
Anime/cartoon with kids battling with robots in a game
10
Cartoon about a boy who could transform into a big blue bird and speak to animals
5
What is the name of the anime kids, mecha and fantasy series with a group of 4?