Why wasn't this character executed?

At the end of Fantastic Beasts And Where To Find Them,

Gellert Grindelwald, who was impersonating Percival Graves, is captured. He comments on how he won't be imprisoned for long, and we know that he will in fact escape, and eventually be captured decades later, to be imprisoned for life and ultimately killed by Voldemort.

However, all this makes little sense, given:

"Graves" ordered the execution of Tina Goldstein, a MACUSA employee, for supposedly withholding vital information, and everyone went along with it until Newt Scamander helped her escape.

So we know that the American magical government in this era is very much in favor of capital punishment. Why, then, is it taken for granted by everyone that this character is going to ever see a jail cell rather than being walked straight to the execution chamber?

TL;DR: "Graves" could be sentenced to death, but only after a trial and it could take a few years for the sentence to be executed. Unfortunately, he manages to escape before this.

This WorldBuilding.SE question is very much relevant to your question:

Why do governments not execute or otherwise permanently contain super villains?

Super villains are domestic terrorists. All attempts at rehabilitation (other than brainwashing and lobotomies) end in failure. Keeping them in prisons and asylums they will inevitably escape only puts the public at further risk of mass death and destruction.

This question has a very interesting answer that argues that capital punishment is much more unusual in the US than we think. The following graph, also borrowed from the same answer, shows that only ~1000 prisoners were executed in the US in a 36 years span. Also, prisoners are executed after 15 years on average. 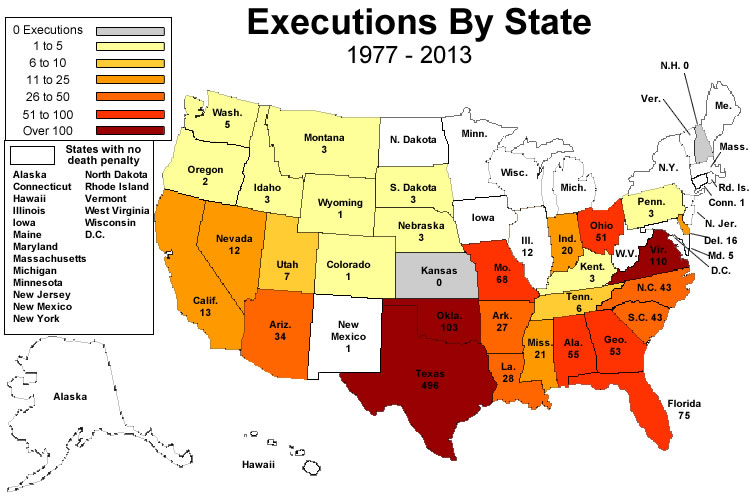 Now, going back to the wizarding world:

Wizards from different places are influenced by the local culture

So, Graves could be sentenced to death, but it would take years for him to be executed.

MACUSA is not so much in favor of capital punishment

You said that American magical government in this era is very much in favor of capital punishment, but I don't think so.

Considering that US wizards have similar laws and follow similar concepts to US no-majs, "Graves" could be sentenced to death, but it would take at least a few years for him to be executed (after multiple trials). Or he could be deported to Europe, where he committed most of his past crimes.

MACUSA planned to send him back to Europe to be tried there.

Martin Foley, the supervising art director, revealed in an interview that MACUSA’s intention was that Grindelwald would be tried in Europe, not America. While he had been captured in America, MACUSA wasn’t planning to take responsibility for his sentencing. Their plan was to send him back to Europe so he can be tried for the crimes he committed there, and MACUSA would be rid of him.

So we’re back in New York in the basement, in the cells, and we find Grindelwald in the cells. So as you can see, we’re not building that much. There will be a lot of digital effects because there are hundreds of prisoners there watching him. And he’s a bit of a hero in the criminal underworld and [with] the under beings and Dark magic world. They rate him. So as he’s getting transported from the basement up to the roof of the MACUSA [building]… Basically, they’re going to send him back to Europe to be tried for his crimes in Europe. The Americans want to get rid of him. He’s a bit too hot to handle. As he’s going through here, they all start cheering, and that is quite a high[ly] volatile situation. He takes [an elevator] up to the roof.
- “Crimes of Grindelwald” Set Visit Interview: Martin Foley

So, MACUSA wasn’t planning to handle his sentencing, and by extension whether he’d be sentenced to prison or executed, they were leaving the trial to Europe. They wouldn’t execute him, because they weren’t going to be responsible for the decision on his punishment.

8
Why didn't Newt Scamander get a trial?