What if Ser Jorah Mormont had cut off his arm? 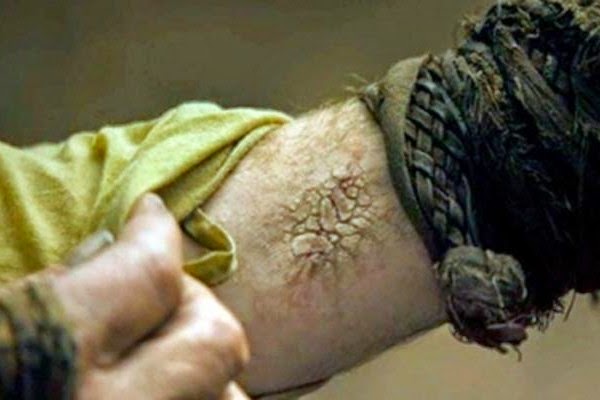 If Ser Jorah Mormont cut off his arm would he be cured?

Maybe, but given the possible consequences of such a "surgical operation", it would probably not be worth the risk.

Stone eyes are blind eyes, thought Tyrion. The mortal form of greyscale began in the extremities, he knew: a tingling in a fingertip, a toenail turning black, a loss of feeling. As the numbness crept into the hand, or stole past the foot and up the leg, the flesh stiffened and grew cold and the victim's skin took on a greyish hue, resembling stone. He had heard it said that there were three good cures for greyscale: axe and sword and cleaver. Hacking off afflicted parts did sometimes stop the spread of the disease, Tyrion knew, but not always. Many a man had sacrificed one arm or foot, only to find the other going grey. Once that happened, hope was gone. Blindness was common when the stone reached the face. In the final stages the curse turned inward, to muscles, bones, and inner organs.

In the TV show

ARCHMAESTER EBROSE: The infection has spread too far. You should have cut off your arm the moment you were touched.

40
Who was the other man Ned despised?
0
In which episode did Joffrey force a man to put his arm on a hot pot?
13
Why isn't Daenerys and Jorah's relationship affected by his slave trade?
4
How could Ser Jorah Mormont “find out” about the Second Sons?
2
How were the Night's Watch going to seal the tunnel when Jon suggested they should? [No spoilers for S04E09]
7
Was Jorah pardoned twice?
6
Why did Thoros of Myr say “Funny old life”?
6
When and why did Jeor Mormont join the Night's Watch?