He said it was a short story, from a sci-fi magazine in the 1970s. He told me that it was about the guy called The Bad Man, and they would give him a parade, and during the parade a kid throws a grenade at him and it doesn't go off, so he gets taken by the bad man and is told he gets to be the next bad man. If anyone knows who wrote this or what it's called that would be wonderful.

It's from 1960, not the 1970s, but you have described John Brunner's short story "Badman"; first published in New Worlds Science Fiction No. 92, March 1960, available at the Internet Archive. 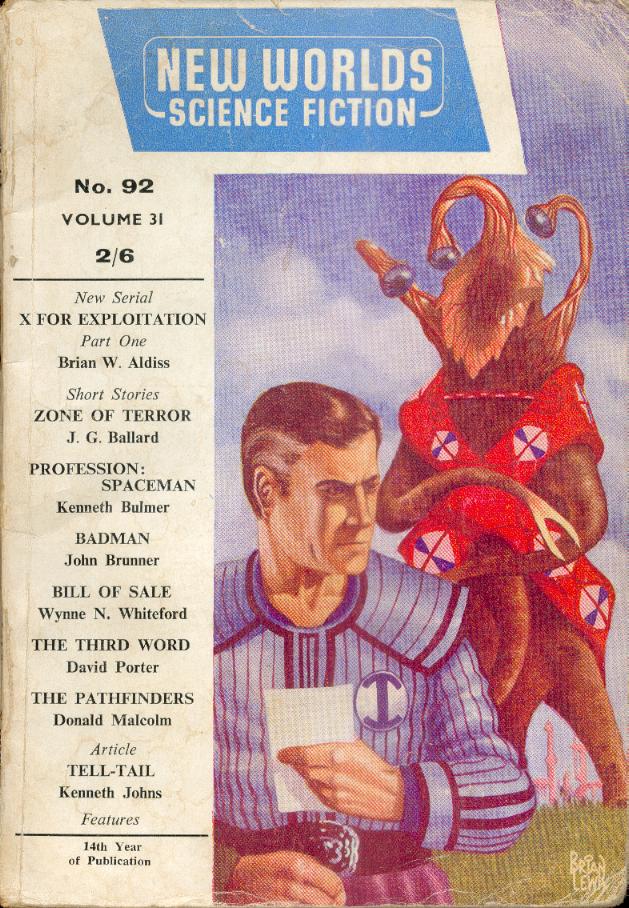 it was about the guy called The Bad Man,

The mayor was on screen now. He seemed to have difficulty choosing his words. He got as far as, "Citizens of Greenstown—" and had to pause and reflect. At last he plunged on. "There have been rumours that we are to have a visit from—from the person popularly known as the Badman. In order to quiet the very natural anxiety caused by these rumours, I am making this special announcement. The—the Badman is due."

and they would give him a parade,

The Badman and his band made their own parade:

The sound of the approaching cavalcade rose to a roar. The first outrider swung into the High Street, followed by two side by side, then three, then four, and at last five, in the familiar flying wedge. It brought back sudden memories of how he had used to play Badman and Citizens with the other kids along the street when he was eight or ten years old.

The outriders all seemed to be squat, ugly men. Their faces were masked by thick tinted perspex visors; they wore black metal helmets which protected their skulls, and black nylon bullet-proof armour covered their bodies. They had light machine-guns slung on their shoulders; revolvers in slick patent leather holsters glistened wetly at their hips. Even their machines seemed designed for sudden violence. Throttled back into low gear, their four-cylinder engines made a unison noise like distant thunder, and the handlebars were enclosed behind high armoured-glass shields.

They looked neither to right nor left as they rolled down the street. The watchers’ faces were stony, but the aura of hate which surrounded them was almost tangible. The blonde girl who had cried out raised tear-swollen eyes and gazed mutely at the visitors.

Then the outriders were past, and he could see the car. That was black, too, and armoured. The top was transparent, but he knew it was tough—enough people had tried to shoot the Badman in his time to have tested its strength.

and during the parade a kid throws a grenade at him

Now! he thought, and with the thought came the action. The firing pin was out, and he had launched the bomb into the road between the last of the outriders and the nose of the car. For one frightful moment he thought it was going to roll, but it dropped fair, and the case did not crack on the hard paving. The front of the car was about to pass over it when he turned and ran.

and it doesn't go off,

In the act of lighting a cigarette, the Badman jerked a thumb at Niles. "He dropped a grenade under the car from a shop window in the High Street. Lord knows where he got it from. It wasn't a dud, either. If Macartney hadn’t slapped the nullifier on it before it had a chance to disrupt, you'd have been looking for a new man for the job."

so he gets taken by the bad man and is told he gets to be the next bad man.

"Welcome to the band of brothers," said Raistrick dryly.

"Oh yes!" The Badman smiled. His face seemed much less foreboding now. "We can't let you get away with this, you know. We have to preserve the legend of the Badman's badness. I'm afraid we can’t even let your family know you're still alive. It's always hard on a new recruit, but anyone who has the determination to take action against the personification of evil has to be on our side. Has to. You've started young. But Raistrick started younger, and he stood it all right. You have a pretty good chance of getting to be a Badman yourself, or if it’s more in your line you may follow Nick Andray here and get planted in a town somewhere to be elected mayor."