Short story where a newspaper reporter's mind switched with a collie’s mind by surgeon; spells out words in dirt, convinces colleagues he is human

A reporter who was sent to interview a surgeon is kidnapped by him and used as a human experimental subject. The surgeon surreptitiously tricks the reporter into inhaling halothane anesthesia (known for its quick action - '...even taking experienced anesthesiologists unawares'.) and by some sort of surgical procedure switches the reporter's mind with that of a collie. It isn’t a brain transplant but, as best I remember, either some sort of frontal cortex partial transplant or some other brain locus (?amygdala) partial transplant or exchange that somehow contains the mind and personality of the reporter. The reporter with the collie’s mind is kept prisoner by the surgeon. The collie with the reporter’s mind escapes. He goes to the newsroom he works in and tries to tell people what happened. He tries to talk but it comes out as barking. He tries to write on paper with a pencil in his mouth but can't manage it and is chased out of the building.

Somehow he manages to lure or intrigue one of his colleagues who was a close friend to investigate. In an alley the reporter-collie has scratched into the dirt the letters of the alphabet. He leads (lures?) the first colleague and a second reporter to this alley. The reporter-collie spells out words by pointing to individual letters with a stick with the two reporters standing behind him watching. He spells out how the evil surgeon switched his mind and personality with that of the collie. He may even have answered questions put to him by the two reporters. The first colleague who was his friend believes him. The second thinks it is all somehow a trained dog trick and doesn’t believe. At that point the first reporter says in a mild tone "Well, [Name of the surgeon who did it] just showed right behind us at the end of the alley.". The reporter-collie whirls around, teeth bared. This convinces the skeptical reporter since the reporter-collie reacted to the content of the sentence, not the mild tone.

The story ends with the reporter, still prisoner of the surgeon, slipping in and out of consciousness in his own body while still in a bed. I don't think he was completely back to himself but the tone of the ending was that the surgery was wearing off and even though possible for a short time could not suppress/transfer a person’s mind and personality indefinitely.

"A Matter of Form", a novella by H. L. Gold; first published in Astounding Science-Fiction, December 1938, available at the Internet Archive. You might have read it in the anthology Science Fiction: The Great Years, edited by Carol & Frederik Pohl. 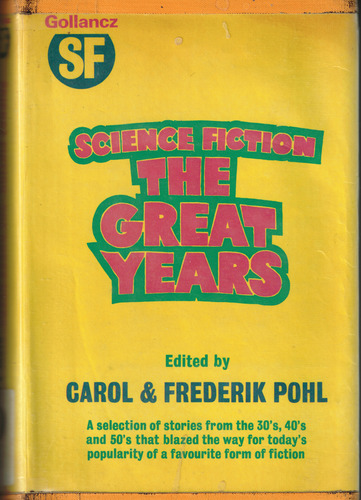 It's not the reporter who swaps minds with a dog. The main characters are: Dr. Moss, a Mad Scientist who is developing a procedure to transfer a dying rich man's mind to a healthy young body; Gilroy, the newspaper reporter who is investigating the case of the mysterious "catatonic" bums (failed experiments); and Wood, a highly educated down-and-outer who is "hired" by Dr. Moss, escapes in the body of a collie, and with great difficulty manages to communicate his story to Gilroy. One of his unsuccessful attempts:

He moved the pencil in his mouth over the sheet of paper. It was clumsy and uncertain, but he produced long, wavering block letters. He wrote: 'I AM A MAN.' The short message covered the whole page, leaving no space for further information.

He dropped the pencil, caught up the paper in his teeth, and ran back to the newspaper building. For the first time since he had escaped from Moss, he felt assured. His attempt at writing was crude and unformed, but the message was unmistakably clear.

He joined a group of tired young legmen coming back from assignments. He stood passively until the door was opened, then lunged confidently through the little procession of cub reporters. They scattered back cautiously, permitting him to enter without a struggle.

Again he raced up the stairs to the editorial department, put the sheet of paper down on the floor, and clutched the doorknob between his powerful teeth.

He hesitated for only an instant, to find the cadaverous reporter. Gilroy was seated at a desk, typing out his article. Carrying his message in his mouth, Wood trotted directly to Gilroy. He put his paw on the reporter's sharp knee.

'What the hell!' Gilroy gasped. He pulled his leg away startledly and shoved Wood away.

But Wood came back insistently, holding his paper stretched out to Gilroy as far as possible. He trembled hopefully until the reporter snatched the message out of his mouth. Then his muscles froze, as he stared up expectantly at the angular face, scanning it for signs of growing comprehension.

Gilroy kept his eyes on the straggling letters. His face darkened angrily.

'Who's being a wise guy here?' he shouted suddenly. Most of the staff ignored him. 'Who let this mutt in and gave him a crank note to bring to me? Come on—who's the genius?'

Wood jumped around him, barking hysterically, trying to explain.

'Oh, shut up!' Gilroy rapped out. 'Hey, copy! Take this dog down and see that he doesn't get back in! He won't bite you.'

6
Short story involving a blue pyramid with human eyes
15
Scifi short story: uploaded mind gets bad news from his hosting company
11
Short story with twist ending where astronaut wakes up to find alien poised over his body?
6
A short story about a human given immortality as part of an experiment
15
Old short story where man insults a leprechaun, and is cursed to be unable to contact water?
9
Short story where an alien convinces a human to exchange consciousness with it
10
Short story: beautiful woman clones herself to avoid ageing but clone burns herself