Story Identification for an anime movie from 2004-2005 in animax

It's a Japanese anime movie. I watched this movie way back when. It was on a channel called Animax as a sci-fi marathon. This is what I roughly remember:
It's about this AI boy who has the memories/consciousness of a boy that passed away. The boy's parents put his consciousness in the AI so that they can have their son back. The doctor/scientist that is in charge of this boy has a daughter. The boy befriends this daughter/sister. After a while he sees that the girl tries to commit suicide by jumping off a roof. He asks her why and she says that she has brain tumor/cancer which makes her lose her memories of people. She shows him a gun and tells him "If I ever forget you, please kill me." (approximated phrasing). The girl eventually forgets him and the AI develops awareness instead of taking in the dead boys consciousness. The movie basically ends with the girl dying and the scientist telling the boy "It's like she is right here with us." And the AI saying, "how did he know." and they show that he has a copy of her consciousness too.

I have been trying to find this movies for like 10 years. Please anyone help me. Thank you.

This is probably Hotori: Tada Saiwai o Koinegau, released in 2005 and winner of the 3rd ANIMAX Grand Prize. 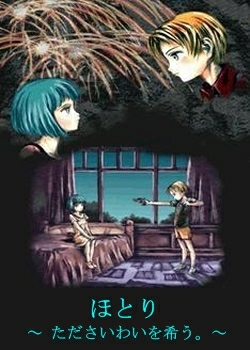 A young boy named Ryo perished in an accident long ago, and at his parents’ wishes he lives on through an android named Suzu. He must regularly have Ryu’s memories artificially injected into him, and undergo a series of tests at the personality plant he resides at. During a session testing his motor movements, Suzu loses a baseball inside another building and goes exploring; there, he meets a young girl of the same age named Hotori. Though Suzu is an android, he still is able to present human emotions, and feels disheartened when he learns that Hotori rarely leaves the room. More importantly, Hotori suffers from a disease in which her memory rapidly deteriorates. Suzu and Hotori soon form an intimate bond, and question what it really means to live.

I found it by reading the Anime/Manga section of the TV Tropes page for Replacement Goldfish.

It looks like a full version of it may be available on Youtube (I usually try to stick to trailers, but I can't find one of those, also has a convenient Animax watermark on the corner):

4
Anime movie about a boy in a ghost town
17
SF Short Story Identification: Boy finds a cube, people disappear, and boy becomes cube?
5
Help me find this supernatural/fantasy book about the daughter of a rich criminal
3
Animated (anime?) movie with a boy who is transported to another world and meets his backpack as a living creature
2
Anime about a girl that likes listening to the chiming sounds of different rocks, travels to another world