Do Snape and Narcissa have scars from the Unbreakable Vow?

There’s no scars mentioned, but the Vow does use magical flame.

In Fantastic Beasts: The Crimes of Grindelwald, both Newt and Tina connect the scars on Yusuf Kama’s hands with him having made an Unbreakable Vow.

TINA
Mr. Scamander, have you got anything in your case that might help revive this man? I need to question him. I think he knows who Credence really is. The scars on his hand suggest an unbreakable vow—

NEWT
(eager, overlapping)
-unbreakable vow. Yeah, I noticed that too—
- Fantastic Beasts: The Crimes of Grindelwald (The Original Screenplay)

“Will you, Severus, watch over my son Draco as he attempts to fulfil the Dark Lord’s wishes?’

A thin tongue of brilliant flame issued from the wand and wound its way around their hands like a red-hot wire.”
- Harry Potter and the Half-Blood Prince, Chapter 2 (Spinner’s End)

Though it’s not mentioned as leaving any scars, their hands are bound with a magical flame, which could theoretically leave scars on their hands - where Yusuf Kama had his.

“Bellatrix’s astounded face glowed red in the blaze of a third tongue of flame, which shot from the wand, twisted with the others and bound itself thickly around their clasped hands, like a rope, like a fiery snake.”
- Harry Potter and the Half-Blood Prince, Chapter 2 (Spinner’s End)

As for why the Dark Lord didn’t become suspicious if the Unbreakable Vow does indeed produce scars, there are two possibilities. The first is that Snape gave the Dark Lord an excuse, since he was capable of lying to him without the Dark Lord realizing he was being lied to, and the Dark Lord wouldn’t know what they made the Unbreakable Vow for from their scars, just that they did make it. The second is that the scars might not “show up” until a certain period of time has passed since making the Vow and not completing it, so Snape and Narcissa didn’t have visible scars yet. 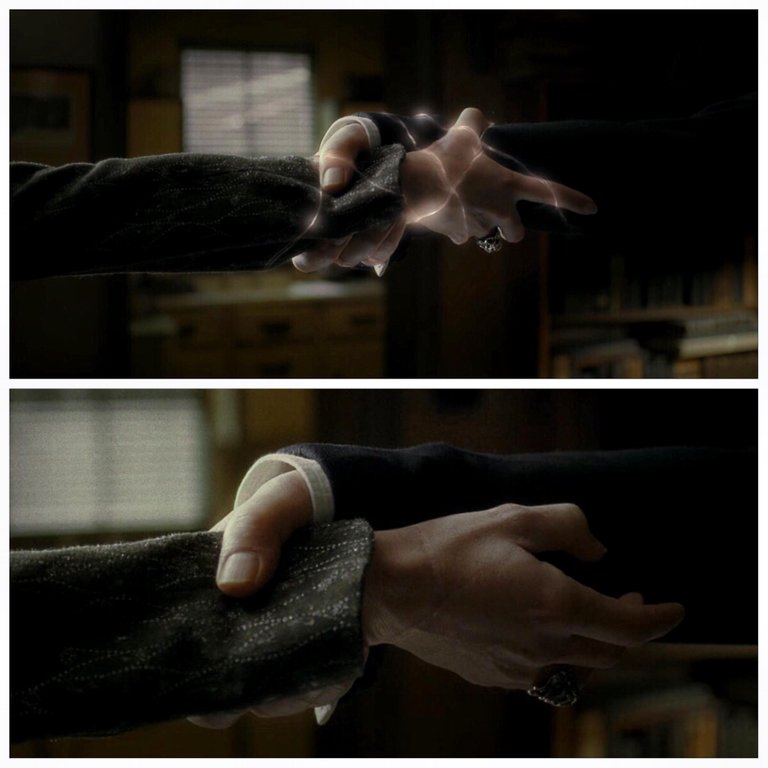 20
Did Dumbledore know the last part of Snape's Unbreakable Vow?
12
Could Snape have delayed fulfilling his Unbreakable Vow?
6
Did Dumbledore set the Potters up?
40
How did this Fantastic Beasts character disguise themselves?
14
If Dumbledore could take on Grindelwald, why didn't he take on Hitler?
5
Did JK Rowling have any say in the development of Harry Potter: Hogwarts Mystery?
14
Why did Voldemort have to torture Garrick Ollivander for information on the Elder Wand?
15
Can this inconsistency in the ability of the Summoning Charm (Accio) to summon animals be explained?