How many Dothraki are left as of Game of Thrones S8E5?

In episode 3 we see

The Dothraki getting slaughtered by the undead army.

Keeping that in mind, how many Dothraki are left in Daenerys' army as of the events of Season 8 Episode 5?

Half are gone before the ride down to King's Landing. Watch the below scene here.

Grey Worm: Half are gone. Grey Worm removes half of the Unsullied markers.

Jon Snow: The Northmen as well. Jon Snow removes half of the Northmen markers.

Yohn Royce removes half of the Arryn markers.

Dothraki soldier removes half of the Dothraki markers.

Game of Thrones, Season 8 Episode 4, "The Last of the Starks"

The remaining then split with most riding with Jon but some going on the ships to Dragonstone. As they are ambushed at Dragonstone I think we can safely say at least some die here.

Tyrion Lannister: So if all are in agreement Jon and Ser Davos will ride down the Kingsroad with the Northern troops and the bulk of the remaining Dothraki and Unsullied. A smaller group of us will ride to White Harbor, and sail from there to Dragonstone with our queen and her dragons accompanying us from above.

Game of Thrones, Season 8 Episode 4, "The Last of the Starks"

Then in Season 8 episode 5, "The Bells", the Dothraki enter the city and attack, considering they storm the city at least some may have died and I'm pretty sure the horse Arya uses was a Dothraki one. As such we can say there are still Dothraki left, we see them in the preview for the final episode, but we don't know how many exactly. 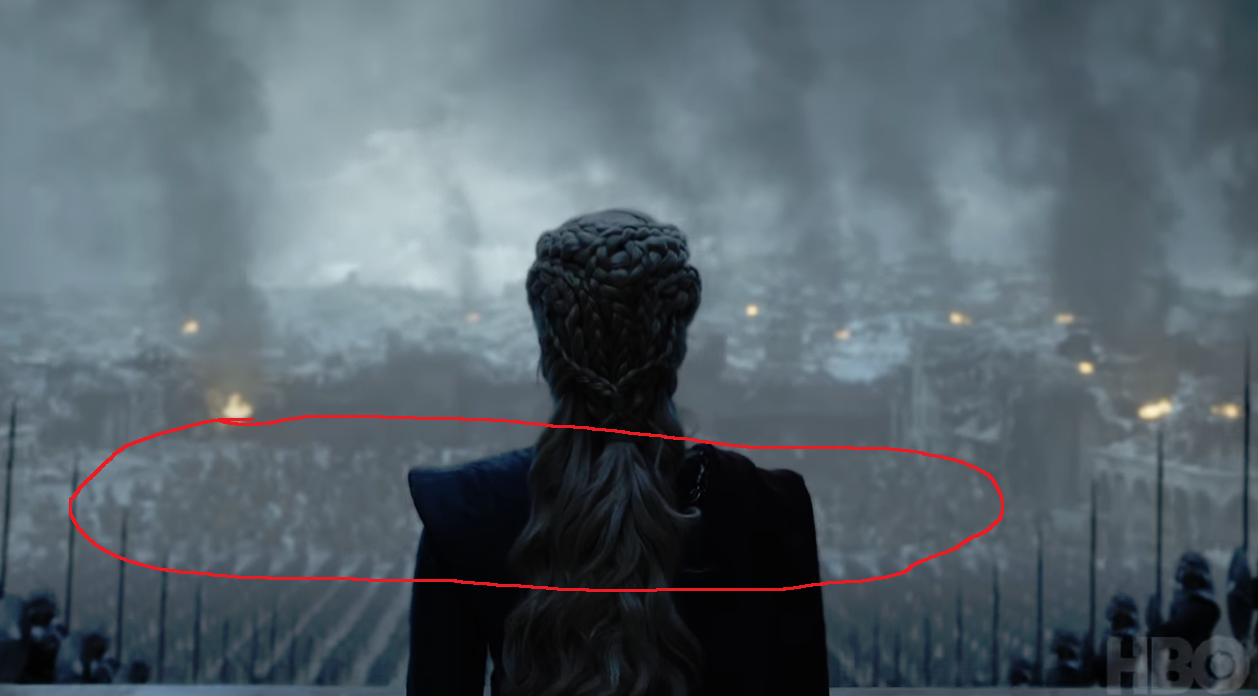 10
How did Daenerys' army survive that much?