Movie where an android has incomplete programming

I remember an old movie (probably before 1980) where a android (no visible technique, complete human look alike) is assembled of parts.
The ears are made like plastic moulding the head.
At last the robot needs a programming but the technicians do not follow the instructions as it seems to fast. In this way the programming is incomplete and the robot has difficulties to do his job (save the world?) later, after escaping the laboratories.

See image below of ears molded to the head. The android was designed and the components were made by Dr. Emil Vaslovik, who mysteriously disappeared.

Other scientists assembled the android. But their efforts to decode the programming tape resulted in erasing half the tape.

And yes, the robot's job was saving the world.

This was actually a pilot for a TV series. 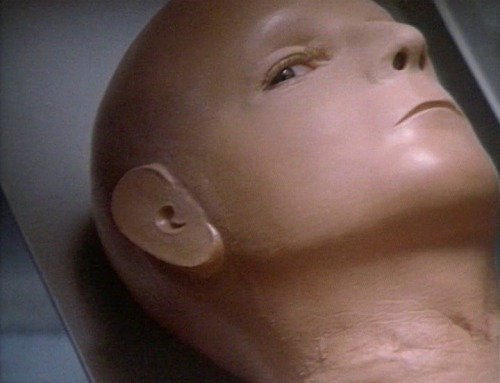