Parents leave him an orphan after the strong gravity kills them, raised by the natives.

The cat people are space pirates and he becomes one as well.

First story opens, his one-man ship breaks down but he is saved by human mercenaries and befriends them. The last story features an ancient machine where people go out on this big metal mesh and their consciousness is separated from their bodies, so they can explore space at will. It's euphoric and most who use it never care for their bodies, so they wither and die.

The Starwolf Trilogy by Edmond Hamilton

Morgan Chane's parents were missionaries trying to convert the hereditary wolf-alien Pirates of Varna. The heavy gravity of the planet eventually kills his parents but young Morgan survives. He becomes one of the dreaded Starwolf pirates.

One fateful day the pirates get into an argument over the spoils, and Morgan kills the Varnan captain. He is wounded but manages to escape in a one-man spaceship. But where can he escape to, when every man's hand is raised against the Starwolves of Varna?

However, he is rescued by an Earth Mercenary ship. The captain realizes that Morgan is a starwolf, but keeps it a secret. He uses it to blackmail Morgan into helping the mercenaries.

In the second novel The Closed Worlds, the mercenaries are hired to find a missing son of a wealthy patron. It turns out that the son was seeking the legendary "Free Faring", an ancient alien machine that could separate a person's mind from their bodies. The freed mind could roam the galaxy, but the experience was more addicting than any drug. 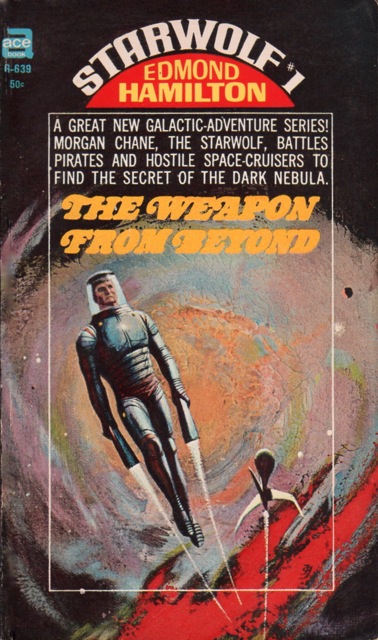