How old was Rick Deckard in the original "Blade Runner"?

Replicants in the original movie had a 4-year time span.

Roy Batty was activated on January 8th, 2016. With the movie occurring in November 2019, his time was almost over. You almost wonder if he knew he was living his final days when he met the man who might be able to give him more time. As if he knew his heart was counting down its last beats. That he might not have two more months, but maybe only two more days when he killed Eldon Tyrell. About one or two days later, he meets Rick Deckard and explains as one slave to another what it's like to live as a slave.

Roy Batty knew he had to make every moment count to add more breaths, maybe even years, to his life.

Rick Deckard had no idea he was a replicant. When he and Rachael escaped, they had no idea that he would go onto live for decades. He probably suspected he had maybe a 4-year lifespan and counted back the years for which he was certain.

Gaffe (voiceover in Deckard's memory): It's too bad she won't live. But then again, who does?

Deckard (mental monologue): Gaffe had been there and let her live. Four years he figured. He was wrong. Tyrell told me Rachael was special. No termination date. I had no idea how long we would have together. Who does?

So how old was Rick Deckard in the original movie?

Deckard as a human

Per the shooting script

DECKARD is standing near the noodle bar waiting for a seat. He's in his thirties, wiry, athletic, rumpled, used, unshaven. He's holding a newspaper, made of tissue paper, open while he glances at the blimp passing NOISILY overhead. Then he notices the COUNTERMAN.

Blade Runner being set in 2019, that makes Deckard's DOB sometime around 1986.

Deckard as a replicant

On the flipside, if we subscribe to the theory that he's a replicant, then he would need to be a Nexus-7 prototype (like Rachael) since we know that

he survives beyond the four-year limit found in the earlier Nexus models. 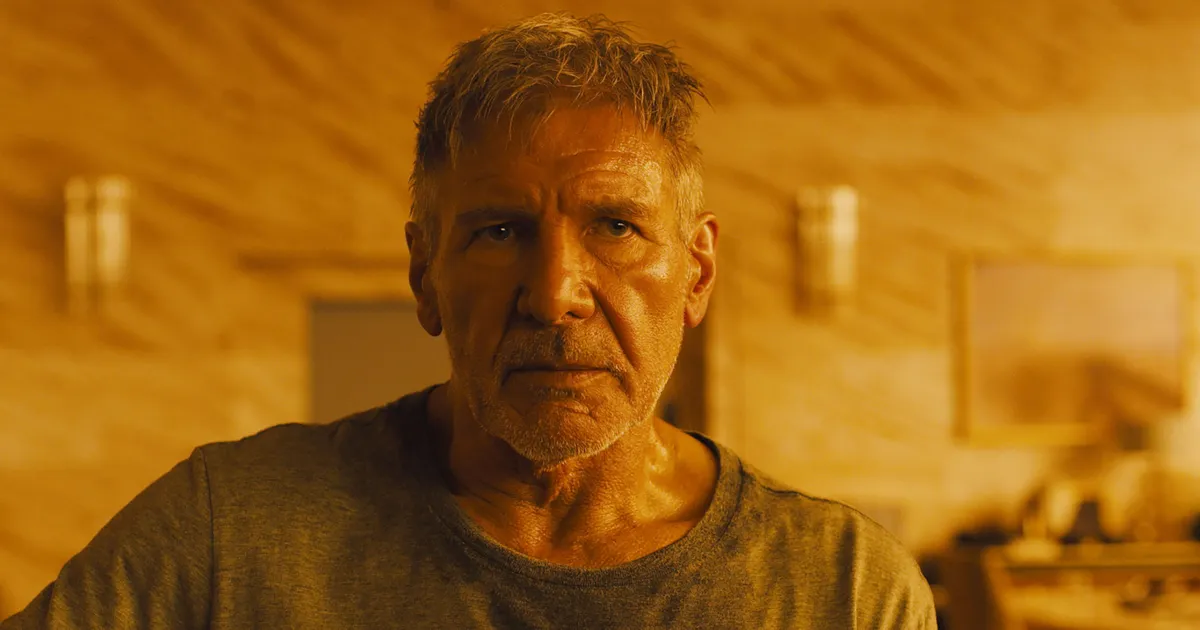 That would make his 'incept date' sometime around 2018.

Not the answer you're looking for? Browse other questions tagged blade-runner-series blade-runner or ask your own question.

61
Significance of the origami Deckard found in Blade Runner
16
What is the drink Deckard has in the bar (Blade Runner)?
24
Why does Roy Batty kill Tyrell and J.F. Sebastian?
2
Why did Rick Deckard change his mind about replicants?
41
In Blade Runner, what was the Geisha advertising?
12
Does it matter which version of the original Blade Runner I've watched if I want to watch Blade Runner 2049?
5
Why would Tyrell allow a dangerous replicant like Roy Batty to visit him?
38
How are the off-world colonies reached in Blade Runner?
9
How did Roy Batty know Deckard's name?
10
What made Deckard a good Blade Runner?