Help ID a book about an incomplete/truncated sword, possibly due to dimensional or time-travel

I say incomplete, not broken sword, because when the main character draws it from its scabbard, the stub blade is described as ending in a shiny rounded shape, as if melted—not broken shards. There may have been some plot elements about time-travel or inter-dimensional travel, as an explanation for the truncated sword.

The setting was classic pseudo-medieval fantasy. The main character appeared on the surface to play the role of a typical knave/rogue/spy/thief, but he had a double-identity due to being from another dimension/time. Sometimes he would make lighthearted side-comments to the reader, as anachronistic wisecracks. For some reason I seem to remember his costume as including velvet, fur trim, and a feather in his hat. The cover and writing seemed "modern" (for the 1980's) so I'm pretty sure it wasn't written in the 1970's or earlier, but I'm unsure of publication date.

Talking cat as his sidekick. The cat might have been a human accomplice, for which they ran out of material to fully manifest, similar to how the sword was incomplete. They would try to reason out the central plot mystery between the two of them, but the cat's sentience was a secret. Not a violent book, aside from a few fisticuffs.

I remember enjoying this pulp paperback book in the 1980's but can't remember enough to locate a copy. Pretty sure it is neither The Compleat Enchanter nor Warlock In Spite of Himself but in a similar vein.

Found it! Lyrec by Gregory Frost. 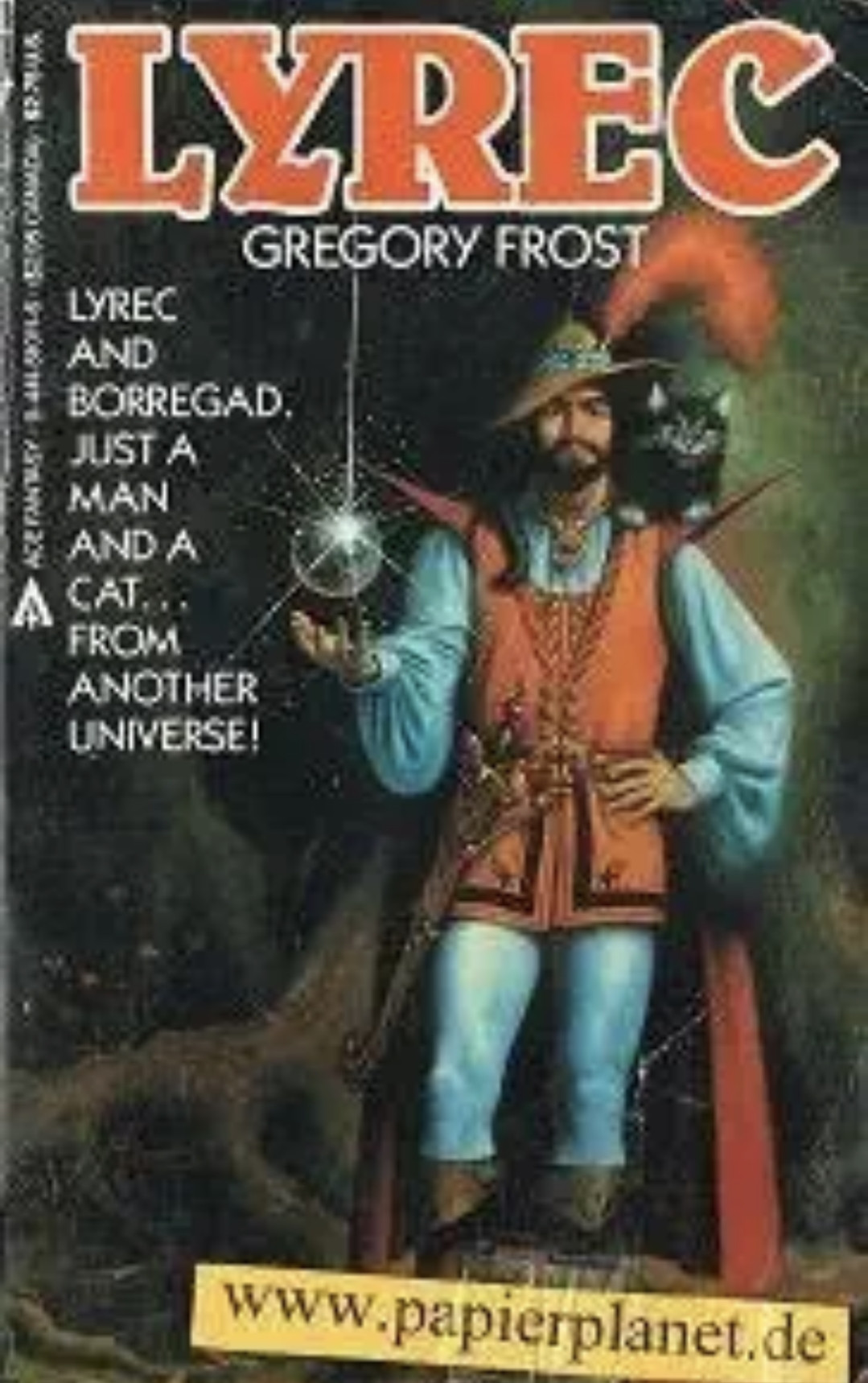