Prior to the end of Goblet of Fire, are we ever told how Dobby got in to Hogwarts?

Ask Question
Asked 6 days ago
Active 4 days ago
Viewed 242 times
3
The bounty expires in 2 days. Answers to this question are eligible for a +150 reputation bounty. J. Mini is looking for a more detailed answer to this question:

Knowing whether or not Apparition is mentioned is very helpful, but there's many ways to defeat ctrl+f. For example, we do not yet know if Dobby's mysterious appearances in convenient and seemingly impossible places are ever questioned.

It's pretty obvious that he used the elf equivalent of apparation, but are we ever actually told that? Is any comment made at all about how he found his way in?

Ever since the scene in Goblet of Fire where Crouch's means of disappearance are discussed, I've been finding more and more loopholes in the excuses based around not being able to apparate in Hogwarts. I'm looking to see if we knew anything about how Dobby cheated that rule back in the second book. It's quite odd to me that Dobby's impossible appearances never raised any character's eyebrows after they learned of the "you cannot apparate in Hogwarts" rule.

In Harry Potter and the Chamber of Secrets, British edition, Apparition isn't mentioned even once. 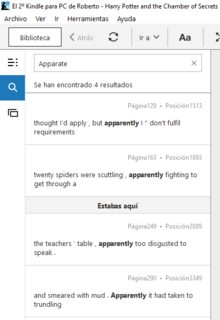 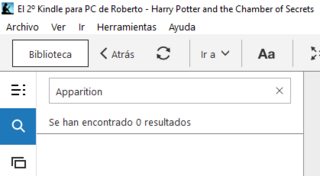 In the American edition, Apparition is mentioned, but it isn't related to elf magic. ¡Thanks @Pam for the link! https://www.hp-lexicon.org/2001/10/29/differences-british-us-versions-cs/

In Prisoner of Azkaban and Goblet of Fire it is mentioned, but nothing related to elf magic or Dobby Apparating in Hogwarts.

I don't recall this topic being explicitly stated until Deathly Hallows, where Harry asked Kreacher how did he leave the cursed Horrcrux cave, and he is surprised that he was able to Dispparate, until Ron reminds him that elf magic is different and they're able to Apparate in Hogwarts when wizards can't.

‘But … you couldn’t Apparate in and out of that cave,’ said Harry, ‘otherwise Dumbledore –’

‘Elf magic isn’t like wizard’s magic, is it?’ said Ron. ‘I mean, they can Apparate and Disapparate in and out of Hogwarts when we can’t.’

Not the answer you're looking for? Browse other questions tagged harry-potter dobby or ask your own question.

22
Why didn't the Death Eaters use a house-elf to get into Hogwarts?