Show similar to Black Mirror but a decade earlier

I watched a show perhaps 15 years ago wherein each episode depicts a different world, and in each episode the world is fundamentally broken in some way. I remember one episode really clearly:

A man is accused of a crime, and is brought before a computer system that acts as judge, jury, and in this man's case, executioner. He is convicted by the system without being given much opportunity to present his case, and he is brutally killed (I think his head is pulled off or something). But then he becomes part of the computer system. His consciousness is incorporated as one of the many personalities that make up the computer judge, and his voice can act as a voice of reason to hopefully reform the system.

If I remember correctly (though I may be mixing up details from another episode), the man had gone outside after not having seen sunlight for months, maybe years, maybe his entire life, because he'd been of the poor working class stuck working inside an indoor/underground factory.

I think the show is the serial Masters of Science Fiction. It ran in 2007 and was quite dystopian. 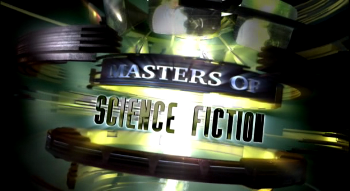 Each episode was a adaption of a short story by a well known writer, and it was hosted by Stephen Hawking. Somehow this was not enough and it was canceled after its first season of 6 episodes.

The episode you remember was called Little Brother and was adapted from a story with the same name written by Walter Mosley.

The story is about a man that tried to escape from his dystopian world. He is captured and tried by a ruthless computer system with a core that is made from the minds of everyone that has been sentenced to death.