Why does it say "Skywalker" in this shot of Bradley Cooper recording the voice of Rocket Racoon?

In one shot you can briefly see in the background the words:

Groot woozily comes to his feet

which are displayed on a monitor that looks like it is showing a (poor quality) clip of the movie, presumably this is what the actors use to sync their lines with the action. 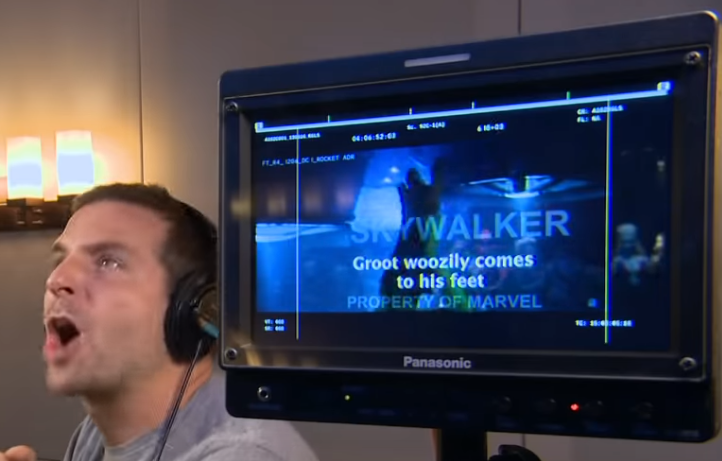 What is the significance of the word "SKYWALKER"?

Presumably this is referring to Skywalker Sound, the company behind the sound on Guardians of the Galaxy. See their project page for reference. 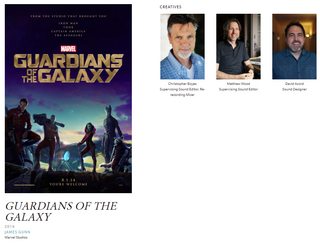 Note that "SKYWALKER" will just be their watermark which is the same as the "PROPERTY OF MARVEL" watermark used for the same reasons.

Other answers give the 'who' the Skywalker refers to, Skywalker Sound Studios. The 'why' is that Marvel Studios does not want their movies to make it onto file sharing sites before being released.

I'm sure they have tight controls on who they share scenes from the movie with before being released. Adding the 'Property of Marvel' watermark makes it much less likely. Even if it did make it to file sharing sites, the watermark would be very hard to remove and would be annoying to watchers. If you wanted to see a 'clean' movie you would have to rent/buy one.

Adding the 'Skywalker' watermark in big letters across the middle of the screen makes it even harder to remove and more obtrusive, which isn't a big deal when the scenes are just being used as reference for the voice actors. If the movie or even still frames from the movie do make it to file or image sharing sites without blacking out the entire center of the screen, then Marvel knows where to look for the leak.

36
In Guardians of the Galaxy, why does Groot only say the phrase "I am Groot"?
13
Why does TAHITI make people say "It's a magical place?"
4
Why does Pilgrim kill this character?
9
Why does Bruce Banner say he is part of Vision?
8
Why didn't this character die even though they shot this person in Avengers: Endgame?
2
Why does the Red Skull say Gamora's wrong father?
4
Why was the recording of Loki's life in the third person?