Princess in evil family poisoned by sister, knight who can turn back time

It starts out where the girl is given poison by sister that she takes. Then the male lead who is a knight turns back time but catch is he doesn’t have his memory of the future. She does and chooses him as a knight/escort or something which she didn’t do originally cause she didn’t like what it meant. She is a princess and her family is kinda evil.

story-identification manga
Share
Improve this question
edited May 11 at 16:43

Rachel FoleyRachel Foley
3122 bronze badges
New contributor
Rachel Foley is a new contributor to this site. Take care in asking for clarification, commenting, and answering. Check out our Code of Conduct.
2
Add a comment  | 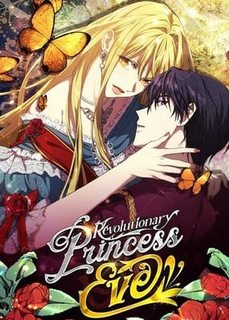 Princess Evienrose, despite advocating fiercely for the rights of the homunculi rebels, now awaits death at their hands… that is until she is poisoned by her own sister! Awakening eight years in the past, Eve now has one goal: become the Empress and liberate the homunculi to stop the rebellion from ever happening! To do this, she appoints the rebel king himself, Mikaelis Agnito, as her personal knight. But with Eve’s scheming sisters standing in the way, the fight for the crown is on, and the fate of the Hadelamid empire rests in her hands!

I have not found a non-copyright-infringing site that has a section I can quote, but indeed Mikaelis can rewind time.

14
Female hacker who sees how a lot of people die; possibly called "Beautiful Net"
11
Children's short stories: wisdom powder, cyclist raced against dogs, girl climbs incredibly high tree,
10
80s book similar to Narnia but with a more Celt feel, allusions to Finn MacCool and eating "the salmon of wisdom"
11
80s/90s fantasy book: female protagonist, demon-related magic, "knife"/"blade" in title...?
5
A manga with A weak guy that meets his future strong self and he uses his future self's memory and power to kill the demon kings