Has Starfleet ever made First Contact with a pre-established space-faring species oblivious to alien intelligence?

I've seen a fair majority of the material which comprises primary Star Trek canon. I've watched all the TNG-era shows, all the movies (as far back as The Motion Picture), and am currently working through the Enterprise series.

Through all this time, I've seen Starfleet make First Contact with a wide variety of species in many different stages of development. However, there's one particularly interesting scenario which I can't recall ever having seen happen. It's possible this will happen in an episode I haven't seen yet (i.e.: Enterprise Season 2 or later, or any TOS/TAS episode) or I may have just forgotten it.

What I'm looking for is a situation where Starfleet has made First Contact with a race that meets both of the following criteria:

Has this happened in Star Trek history? If so, which episode?

They're also trans-dimensional, so "spacefaring" isn't quite the right descriptor... But, their humanoid form may perhaps look familiar: 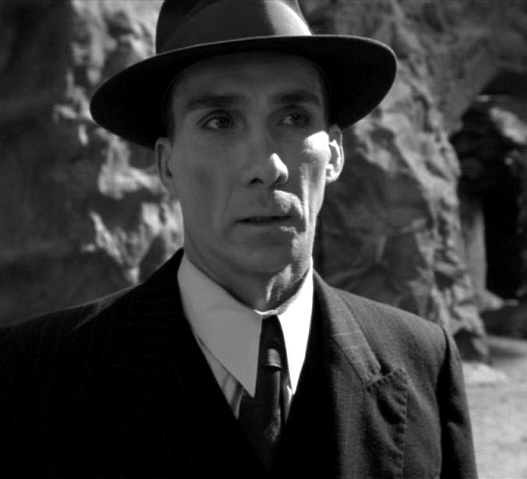 Enterprise (TNG) makes first contact with a Tamarian ship at the planet El-Adrel, in the 'Darmok' episode. The Tamarians had been transmitting signals toward Federation space for weeks so were probably aware of 'alien intelligence' for at least that length of time. There is no mention of them being aware of aliens or a part of an aliance prior to this encounter.

Their ship though, was roughly equal in armament and technology to the Enterprise. Maybe even a bit tougher. Tamarian captain Dathon and Captain Picard become friends during the encounter and though Dathan is ultimately killed, both sides see this first contact as a good start. Dathan records in his log, "Picard and Dathon at El-Adrel", which Picard gives this to Dathan's First Officer who then withdraws back to Tamarian space. It does seem that is was actually 'they' who initiated first contact or at least invited it. A tentative first attempt at contacting aliens?

Per Memory Alpha: "Picard and Dathon at El-Adrel" means, a "Successful first contact between two alien cultures, or to work toward a common goal", in the Tamarian language.

I might be wrong, as it is very hard to prove a negative. That said, NO the situation you describe has never come to pass. The closest I can find was The Probe from Star Trek IV which was from an intelligent race that had warp tech for a long time, but they knew intelligent life existed outside themselves. They just didn't know that it could exist in humanoid from before meeting the Federation.

As the current ST universe stands, such a race would be impossible since the Federation is surrounded on all sides by intelligent races that would be the first contact of a race that had warp for any significant time. The only shows that could have encountered such a thing were The Original Series, Enterprise, or Voyager and I can find no mention of anything like that when looking through the episode summaries (I also watched most the episodes as well, but we all know how fallible human memory can be).

The odds are similarly slim when you look inside the Federations borders. This space is supposedly searched fairly thoroughly, with Federation scientists watching races that are moving toward First Contact. I suppose a race that lived out of sync with the rest of the universe could exist, but it definitely hasn't been explored in any of the TV shows.

Anyway, if it turns out I'm wrong I will delete this answer.

It has been a long time since I saw the movie, so this is more guessing than verified information, but V-ger explored entire galaxies before returning home, so it seems unlikely that it didn't manage to find a culture fitting your description. Since V-ger was launched in our past, it wasn't part of the Federation at the time. However, we could retro-actively claim it, since Starfleet essentially absorbs NASA between now and then.

That said, it seems unlikely that many warp-capable species would be unaware of alien life in this region of the galaxy. As said in other answers, there are a lot of life forms in the Star Trek universe (about 355 species in the Alpha and Beta quadrants that have pages on Memory Alpha). In addition to that though, notice that even Earth didn't get the chance to develop our warp program alone. After one flight, the Vulcans came to ride herd and control our space program say "Hello".

49
Why would any Federation starship (such as the Enterprise) have any spouses or youth onboard?
19
Were there military personnel / branches of service in Federation aside from StarFleet?
33
Why did Starfleet choose saucer-shaped starship design?
17
Why were Ferengi unknown to 24th century Starfleet?
9
Why did warp cores become vertical?
13
Symbols in Star Trek: Planet of Judgment book
8
Could Starfleet make first contact with pre-warp exploratory species?
6
Does Starfleet still rate personnel on ESP?