Where is Dumbledore's half-blood status specified?

He was a half-blood wizard, the son of Percival and Kendra Dumbledore, and the elder brother of Aberforth and Ariana.

This fact is mentioned several times on that Wikia page, but nowhere is it referenced/cited.

Where in HP canon (books/interviews/pottermore) is the fact sourced from?

OK, figured it out. This is based on canon, but in my opinion, slightly speculatively so.

Kendra's Wikia page lists her as Muggle-born (thus making Dumbledore half blood, if true), based on the following conversation in "Deathly Hallows" during the Bill/Fleur wedding:

Muriel: "... a terrifying woman, simply terrifying. Muggle-born, though I heard she pretended otherwise-"
Elphias Doge: "She never pretended anything of the sort! Kendra was a fine woman."
Muriel: "-proud and very domineering, the sort of witch who would have been mortified to produce a Squib..."

Now, the Wikia authors parse Doge's reply to mean that she was in fact, Muggle-born, since it sounds like he was merely protesting the fact that she was pretending not to be, NOT that she wasn't.

This is a valid interpretation, but doesn't seem conclusive to me.

First, because may be he merely didn't get around to protesting two things.

Second, because he may have considered "muggle-born" to be a fine thing and thus, wouldn't protest it as untrue because he didn't consider it as an insult.

Third, because of the fact that the Wizarding society top brass, generally known for harborning strong anti-Muggle sentiments through previous century, accepted him as basically the most powerful political figure (Head of Wizengamot, their parlament; Head of court, candidate for Minister of Magic, Head of Hogwarts) leads me to believe that he was a pureblood, otherwise he wouldn't have reached such heights.

Dumbledore's mother was a terrifying woman, simply terrifying. Muggle-born, though I heard she pretended otherwise-

Elphias Doge then seems to dispute the latter part of that statement, but not the former by saying:

She never pretended anything of the sort! Kendra was a fine woman[.]

So we can assume that the part about her being Muggle-born is true, making her children "half-bloods".

I don't know if the films count as canon, but I came across it in the movie, and wanted to add it here. 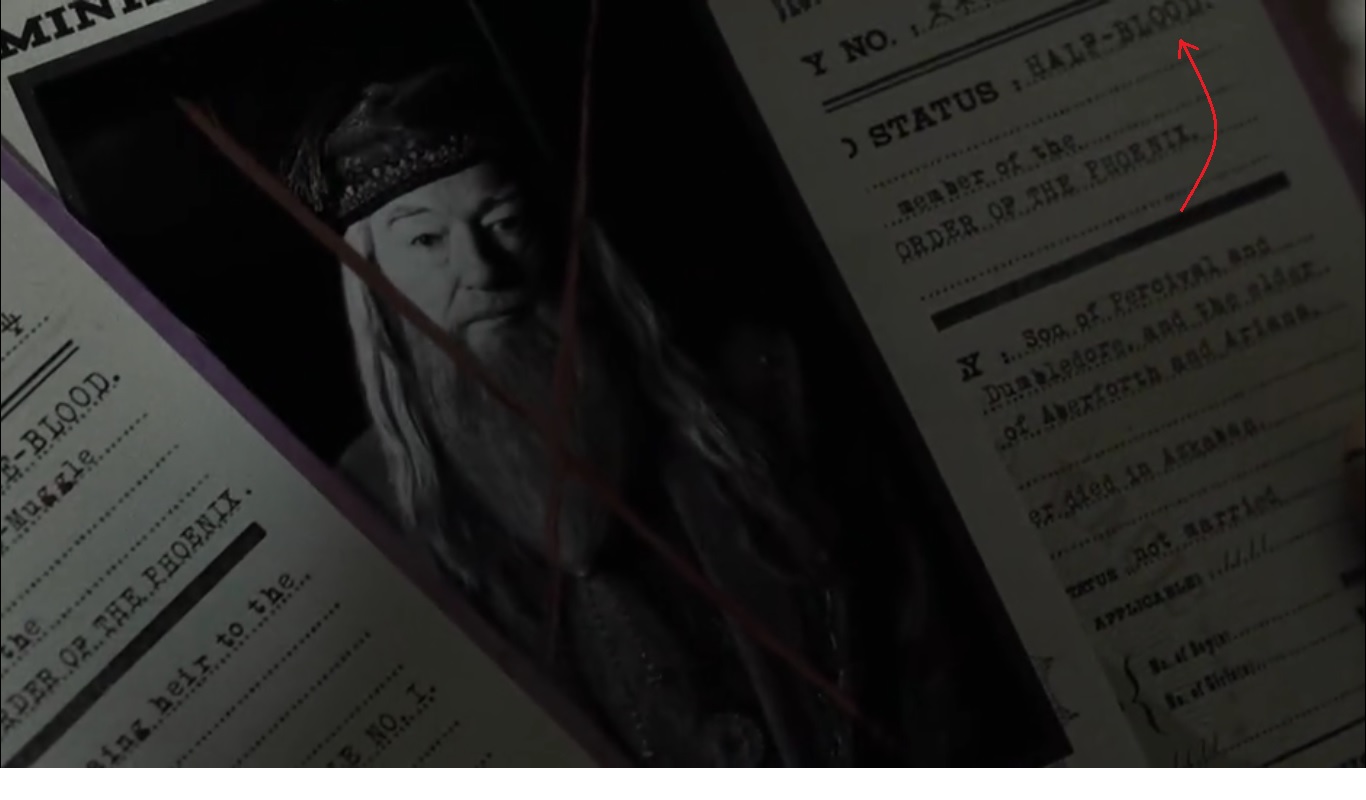 21
Are Any of the Twelve Uses of Dragon's Blood Known?
0
Why Do Purebloods Call Muggle-Borns 'Mudbloods'?
11
How Did the House Ghosts End Up at Hogwarts?
31
Why Does Harry Have a Scar When Avada Kedavra Leaves No Trace?
30
Why did Lily's enchantments work for Voldemort?
5
Where does “Grand Sorcerer” title for Dumbledore come from in canon?
17
Why did it take Voldemort thirteen years to figure out the resurrection potion?
10
Why did Dumbledore allow Draco to disarm him?
19
Who knew first that Tom Riddle was the Heir of Slytherin: Tom Riddle or Dumbledore?
31
How did Snape muster the emotional ability necessary to kill Dumbledore?