Why is it forbidden for any alien species to visit Earth in Marvel NOW?

Why is it forbidden for any alien species to visit Earth in Marvel NOW? I read this on the Star-Lord wiki page. Does this extend to other Marvel Universes?

The short answer is because Freyja, the All-Mother said so.

The Earth has been considered a threat to the other galactic empires on Marvel Earth-616. The Galactic Council comprised of the largest and most powerful forces in the current Marvel galaxy decreed Earth off-limits due to their potential threat to life in the Universe. 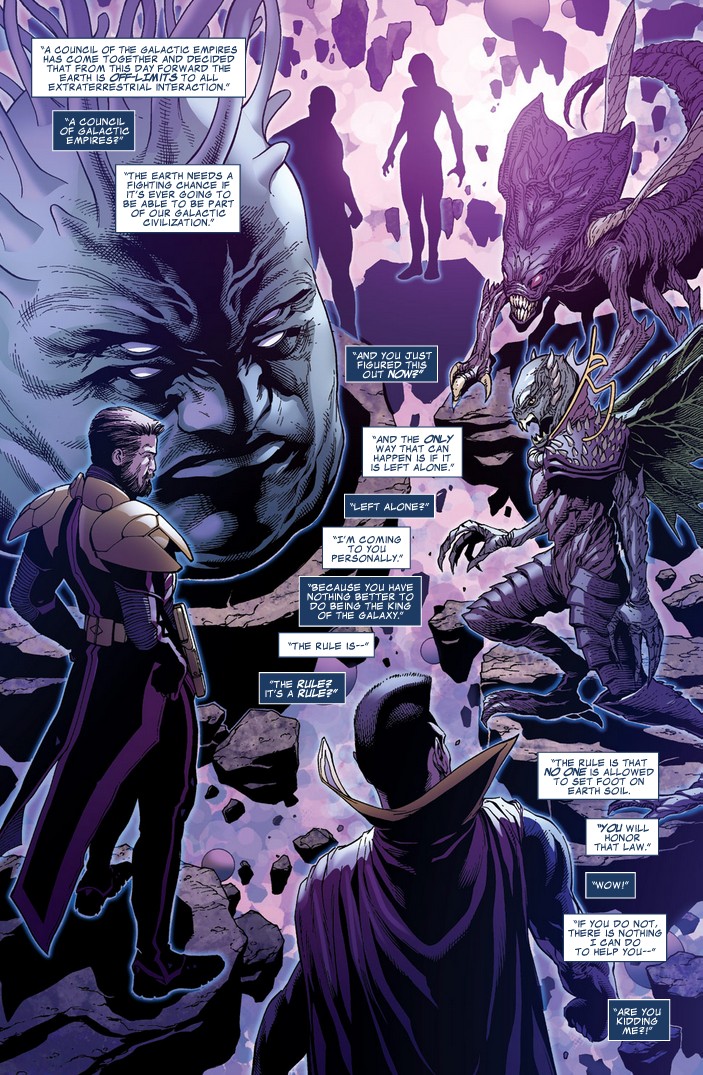 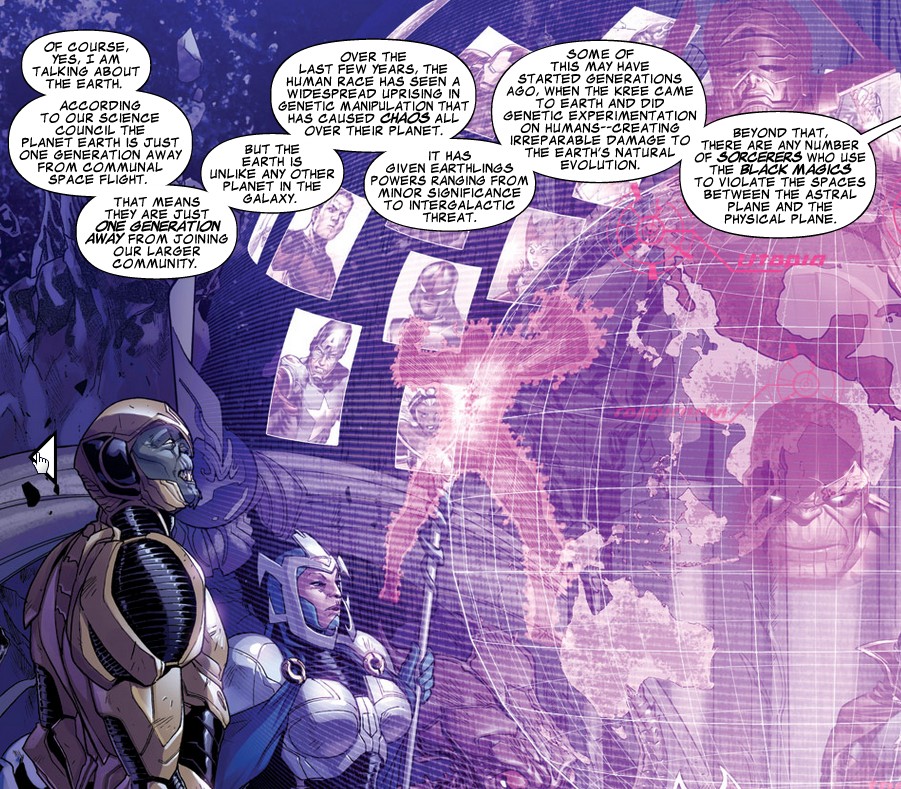 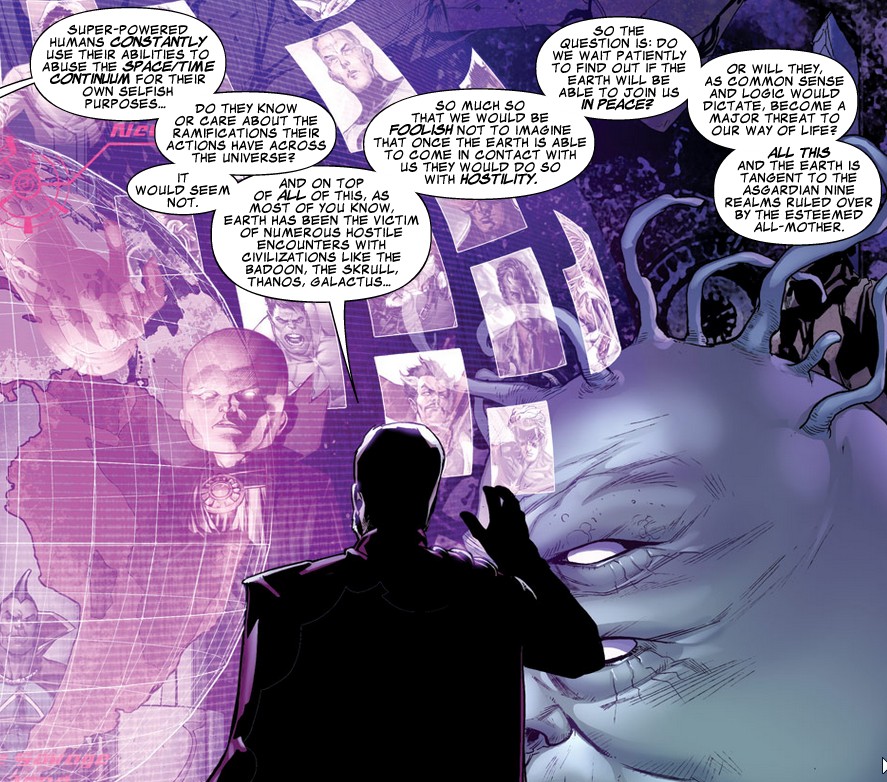 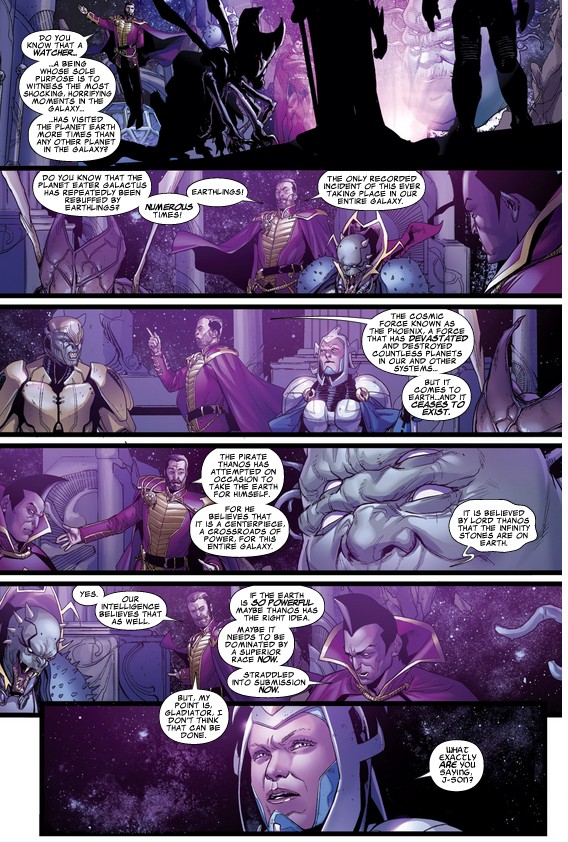 These screenshots are from Guardians of the Galaxy (2013) #2. These events have nothing to do with other universes including the Ultimates Universe (whose existence is in question) nor the Marvel Cinematic Universe, Earth-199999.

Marvel NOW! is a re-branding effort where numerous comics set in Earth 616, the mainstream marvel universe of the comics, are re-launched with a new #1 and usually some significant change to the comic. Amazing Spider-Man, for example, had more than a year as "Superior Spider-man", and then was-relaunched again earlier this year.

The ban on alien species interfering with Earth was due to a collective decision of the major interstellar powers to contain the out-size threat that Earth presented, given our relatively small population and low technological development. This occurred most clearly in the Guardians of the Galaxy re-launch in 2013. (The comic can be found, among other places, at Marvel's online database

It does not affect the other Marvel Universes -- either the "Ultimate Marvel" or the "Marvel Adventures" lines, the marvel cinematic universe, or the various cartoon show continuities.

16
Why has the large galactic community not really interacted with Earth?
10
When was Thor first portrayed as an advanced alien, not a god?

8
Does Star-Lord ever go back to earth?
3
Angela's Continuity
9
How do they name Marvel Earths (Universes)?
1
Why is Star Lord's species listed as Terran in this promo?
8
Which dimensions from Spider-Man: Into the Spider-Verse exist in other works?
38
Why was Goose renamed from Chewie for the Captain Marvel film?
20
In the Marvel universe, can a human have a baby with any non-human?
6
Do all characters have a universal translator?