How much bolt ammunition does a standard space marine carry into battle?

In no novel I read so far did I ever find a mention of some ammunition shortage for a space marine. It isn't even displayed on the models. 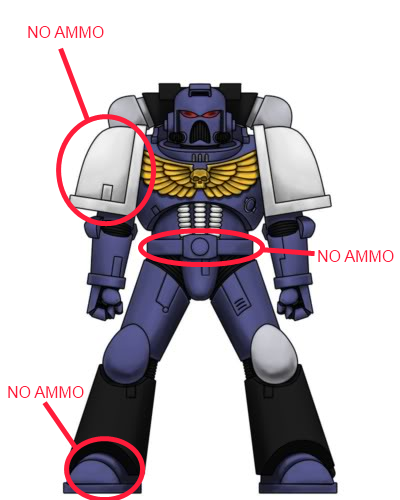 Is this just a design mistake of the early days of GW or some running gag I didn't get? I had most of the Codex Astartes in the days but even there I did not find a mention.

Technically? A marine can take as much as they want in the form of additional ammo clips.

Take a look at the MK6 schematic: 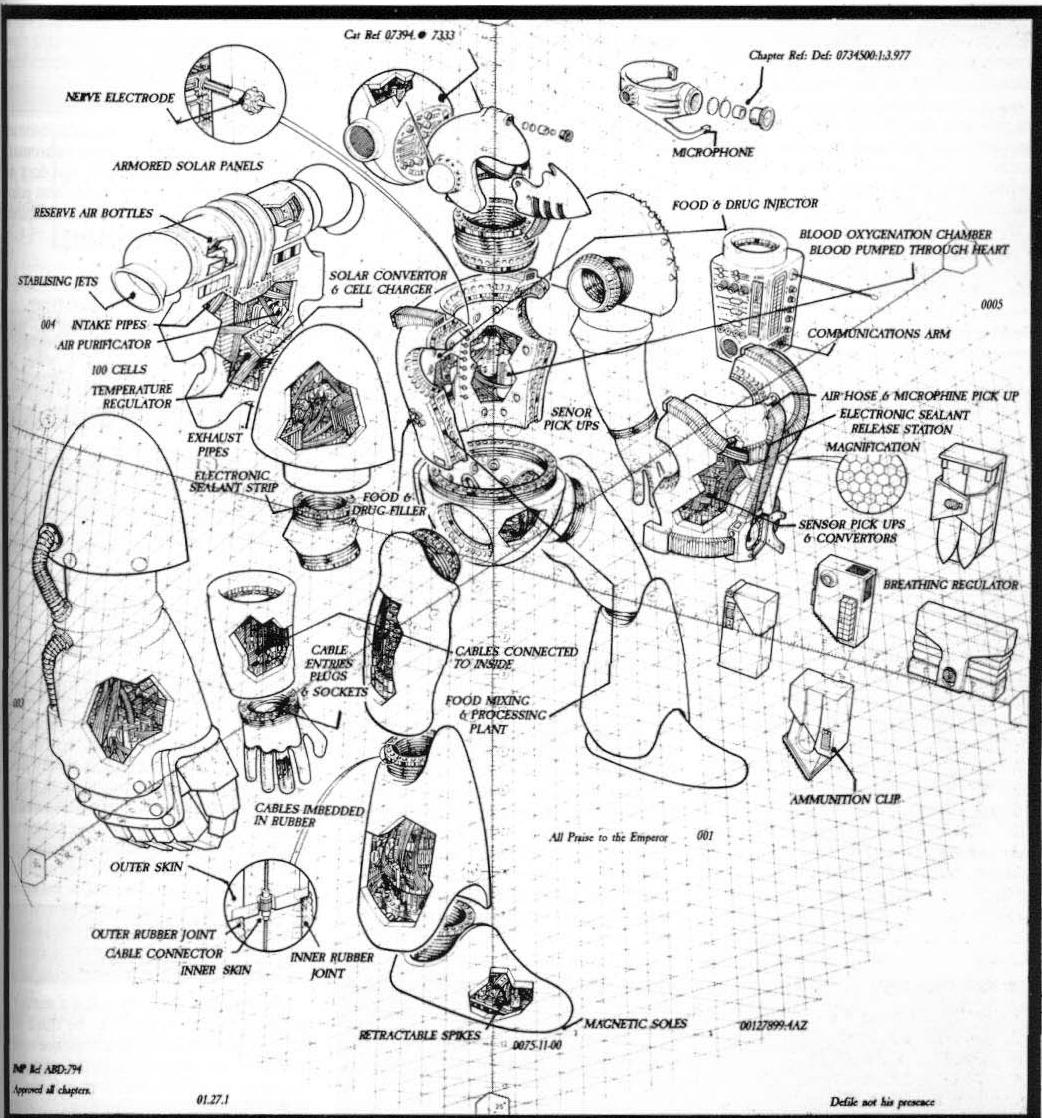 The ammo clip is a small little package in the bottom right that's affixed to the marine's utility belt. There's no space in the backpack as that's a power supply, nor is there space in the rest of the armour.

In the old Rogue Trader days, 40k players would get plastic marine sets that allowed you to make some ridiculously ammo-laden marines: 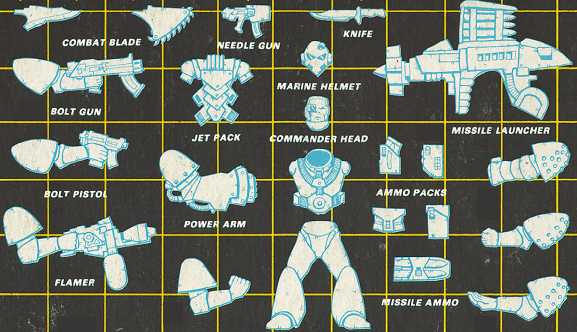 You could put as many ammo packs on the marine as you liked (or as you were able to get to stick via contact cement!).

Contemporary marine models generally are depicted as carrying one or two ammo packs at most. There does not seem to be much clarity to their ammo loadout in either models or fiction beyond the fact that most marines are well-equipped for whatever the expected length of the engagement is. Going to secure a dropzone? Carry a loaded bolter. Going in for a long-term Hive purge? Hitch as many clips to your belt as you can carry.

BTW, also keep in mind that Marines generally have the best logistical support of any troop in 40k. Rhinos, Land Raiders and Drop pods all provide forward supply depots of additional ammunition for long-term field deployment.

Check page 11 of the 4th Edition of the Space Marines codex states that "The Holy Bolter", specifically the 988. model Godwyn pattern carries 30 .75 caliber rounds and can fire at four round bursts maximum. Couple this with the fact that most marines will carry at least one spare clip, they at minimum should be able to carry 60 rounds into battle. Mind that the Space Marine concept suggest that each shot will instantly kill one human target (I assume there is also a single shot option in a bolter). So in and of itself those 60 rounds will be enough on the battlefield.

I'd imagine that the marine in question would also carry a bolt pistol and a few more magazines. My opinion is that they would carry no less then 60 rounds, but would usually carry about 90 rounds. I estimate this based on a guess of a marine having two extra mags plus the one already in the bolter (pistol not included).

Hope this answers your question or gives you an idea.

1
How many Space Marine Chapters are lost due to the Tyranid encroachment?
8
(40k) How does a Space Marine get into and out of his power armor?
3
How often are Space Marine chapters deployed?
4
Early (pre-1994) Warhammer 40K Space Marine novel about three central characters becoming battle brothers
6
Is there anything in the lore that supports this game mechanism for the Dark Angel in the 3rd edition?
5
How is it that the Founding or Heritage of a Space Marine Chapter is unknown?
1
Are there Legion of the Damned Primaris Marines?
9
How does the logistics work of a Chaos Space Marine Warband?