Did other meta-humans enter a coma?

In the first episode of The Flash (2014), Barry's struck by lightning, some chemicals fall on him, and he enters a coma for 9 months. This happens when the S.T.A.R. Labs particle accelerator is turned on for the first time. 9 months later, he wakes up and has powers. He then starts fighting crime, especially other meta-humans who were created by the same particle accelerator accident. However, this is all 9 months after the accident, where were the other meta-humans during those 9 months? The S.T.A.R. Labs people make it sound like they hadn't seen any meta-humans active during the 9 months Barry was out.

Did all people granted powers by the particle accelerator accident also fall into comas? Why weren't they active heroes/villains during the 9 month gap?

My understanding is that the coma was caused more by the lightning strike than the explosion and subsequent exotic particles raining down on Central City. Those particles covered a large portion of the city. It'd be overwhelming to the city's health care network to care for people affected in each of these areas. 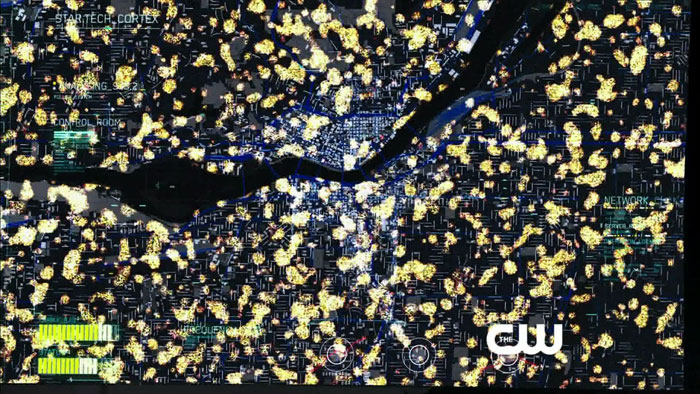 There is evidence, though, that not all meta-humans went into a coma. In the pilot, Barry investigates unsolved crimes while he was in a coma. He discovers missing persons and unexplainable unsolved crimes. He makes the point of saying to the STAR Labs team that the meta humans have been busy.

The bank robbery is not the first robbery that occurred during a freak storm. This is discussed at the Police Department when Barry comes out of the coma.

Speculation - Dr Caitlin Snow shares the name of Killer Frost. If she does, indeed, turn out to have powers at some point in the future then she is one of the meta-humans that did not go into a coma.

5
The Flash - Why didn't any meta-humans attack before Barry awakening?

4
Did Barry actually lose his powers?
1
When did Barry learn to do this?
10
Why are Felicity, Cisco, and Caitlin re-introduced to each other in The Flash: Going Rogue?
2
Where did the other one go?
6
How exactly did Zoom fake his death?
5
Can we establish how fast the Flash is moving in “Enter Flashtime”?
1
Understanding the timeline of The Flash Season 1