Was Dumbledore's nose broken more than once?

At the beginning of the Philosopher's Stone, the description of Dumbledore is as follows:

He was tall, thin and very old, judging by the silver of his hair and beard, which were both long enough to tuck into his belt. He was wearing long robes, a purple cloak which swept the ground and high-heeled, buckled boots. His blue eyes were light, bright and sparkling behind half-moon spectacles and his nose was very long and crooked, as though it had been broken at least twice.

We know that Dumbledore had his nose broken at the funeral by Aberforth.

Was his nose broken another time, or was this just a particularly severe break?

The books only record Dumbledore's nose being broken once, by Aberforth at Arianna's funeral. Dumbledore could have healed the injury easily, just as Tonks did in The Half-Blood Prince after Draco Malfoy broke Harry's nose. He chose not to, however--admitting, in a very visible way, that Aberforth had been right. Aberforth had chosen to live a much harder life than Dumbledore, and as a result, he was presumably very strong. He wanted to inflict serious damage on his brother to get his point across, and he did.

Aberforth's decision to punch Dumbledore is particularly significant given that wizards usually do not punch or kick one another--McGonagall's rebuke to Harry and George in Order of the Phoenix indicates that wizards viewed such scrapping as Muggle barbarity. Generally, if a wizard wants to hurt another wizard, he will use his wand (or, in Draco's case, a combination of magic and stomping on Harry's nose as he walked by). By punching his brother, Aberforth indicated his rebellion against conventional standards of wizarding behavior. Dumbledore seems to have regarded Aberforth's rebellion as more admirable than his own attempts to receive the adulation of the wizarding community. Leaving his broken nose to heal on its own was not only an admission of his guilt, it also may have served as a reminder to Dumbledore that there are things infinitely more important than other people's opinions.

Because of wizards' general reluctance to use "Muggle dueling" (as McGonagall called Harry and George's assault on Draco), it is improbable that Dumbledore's nose would have been broken twice, at least by another wizard. An accidental break at some later point is possible, of course, but as the original observation is merely the eleven-year-old Harry's opinion, I see no reason to regard it as anything more than a sign that the healed-over break in Dumbledore's nose was so obvious that even a child would notice. Most likely, given Aberforth's physical strength, the original injury was especially severe.

In the books, the only instance we're given where we know Albus had his nose broken was at Ariana's funeral.

Other than that, we've only got the description of his nose to go by.

His blue eyes were light, bright and sparkling behind half-moon spectacles and his nose was very long and crooked, as though it had been broken at least twice.

To me, the "at least" portion implies that Albus's nose is severely crooked, in such a way that one bad break wouldn't account for it. I imagine this to mean that his nose isn't just crooked be being bent in one direction, but that it may actually zig-zag. But some twice-broken noses look quite a bit different than a zig-zag. For famous examples: 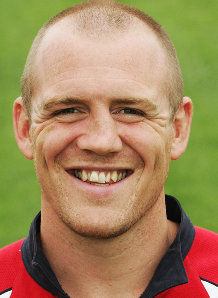 Tindall broke his nose once during childhood somehow, and again when older while playing rugby. 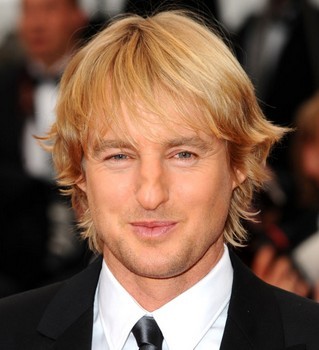 Owen broke his nose once during a fight in high school, and again while playing American football.

What's important to note here is that both of these real people had one broken nose that can be directly attributed to physical sports, not fighting.

While we don't know that Dumbledore actually had his nose broken on more than one occasion, it's doubtful that Aberforth's punch was severe enough to make Albus's nose look like it'd been broken at least twice.

As @E.J. points out, Wizards are not known for physical fighting or wrestling. They don't train in martial arts or sports like boxing. They also have a great many spells to ease their physical burdens. Therefore, it's most likely that Aberforth's strike lacked in force and technique to be solely responsible for Albus's crooked sniffer.

There are many possible scenarios that could explain why Albus has such a crooked schnoz. Here are a few examples:

As you can see, there are many numerous explanations, and in my opinion trying to think them up is much more fun and satisfying than knowing the full in-universe answer.

We know from the story of Ariana's accidental burst of magic in front of the muggle boys, and what happened thereafter, that Albus's father was a man prone to violence. It wouldn't surprise me if the fistfight at Ariana's funeral were the second time his nose had been broken, not the first. It would explain a number of other things about Dumbledore, as well, for example:

-Why he sometimes acts in a more effeminate manner. His primary example of masculinity in his childhood was subconsciously linked towards violence and pain, whereas his mother would have been his symbol of safety and love.

-Why he is so insistent on Sirius staying in the house where the Black was (presumably) verbally if not physically abused by his own parents. He would consider Sirius's putting himself in potential danger to see some "action" (and thereby risking Harry's only connection to living "family") akin to his plans to abandon Ariana in search of personal glory. He empathizes with Sirius's hatred for his childhood home, but cannot let the same mistakes happen twice.

-Why he sometimes uses questionable moral judgment and falls to the dangerous "needs of the many" rationality; without a proper guiding male role model in his early childhood to teach him right from wrong, his concept of morality would have been developed largely by his own trial-and-error.

-Why he was so easily infatuated with Grindelwald. Until that point his idea of powerful masculinity would have probably been one of brute force; Grindelwald represented to him an image of male perfection– intelligent, strong, determined, and refined– as opposed to his father.

-Why he puts off telling Harry the ugly truths of who he is for as long as possible. He wants to shelter Harry as much as he possibly can, rather than exposing him to the ugliness of the world very young, the way that he was.

-Why he is willing to leave Harry with the Dursleys, despite knowing that they are rude to him and at times even neglectful. Compared to his childhood home, the Dursleys probably seemed like the lap of luxury.

-Even why he is so fond of sweets. Five galleons says that the Dumbledore children didn't often get candy at home, seeing as there wasn't money for it.

So it's my theory that at some point in his youth, Dumbledore's father hit him in a moment of anger and accidentally broke his nose. It was never fixed because neither of his parents knew how to do it properly (yes, Tonks can mend bones and Hermione glasses, but bones are probably harder and Tonks is an auror), and they didn't want to have to explain the situation to the healers at St. Mungo's. Then at Ariana's funeral, he and Aberforth got into a fistfight and it got broken again. *Shrugs**