How big is the Executor, based only on film evidence

This question is a spin-off of this one. Someone asked in the comments, How do we know the Executor is 19km long?

Based solely on canonical (film-only) evidence, how do we know this?

Below is support for the 19km length of the Executor.

Bear with me, this is a long chain of evidence, but it is all taken directly from movie footage and nowhere else. 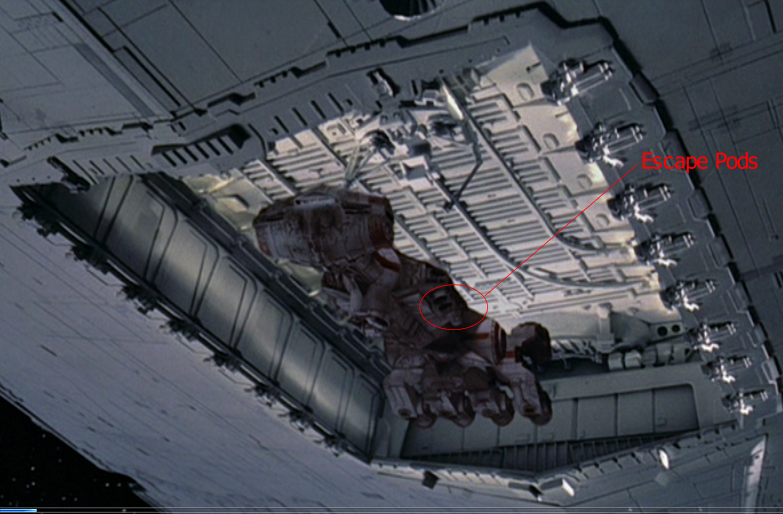 C-3PO can stand upright in the escape pod, and based on footage from the surface of Tatooine from inside the pod, the outside diameter of the escape pod is approximately 3 meters. 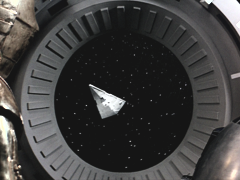 Starting from this point, we get the total length of the Tantive IV as about 120-130 meters (122 in my measurements). The docking bay in the Star Destroyer then measures 192 meters.

Death Star size is harder to get based on screen footage only, but it is very definitely shown to be smaller than 300km. I currently have no direct evidence to support the previous statement. (I'm definitely not the first one to follow this chain of image evidence.)

54
How big is the Death Star compared to the Executor

39
How long, in-universe, were each of the Star Wars movies?
54
How big is the Death Star compared to the Executor
23
When and how does the Emperor learn that Luke is Vader's son?
5
Is there any evidence to suggest how long has Maz Kanata had the bar?
12
Was the 'Official Novelisation' of Star Wars: The Force Awakens based purely on the (written) screenplay?
12
How did the Super Star Destroyer Executor get destroyed exactly?
13
Is there any evidence in Canon for how long specific hyperspace trips actually take in the Star Wars galaxy?
13
Did the terms of the bounty on Han Solo change between “Star Wars” (1977) and “The Empire Strikes Back” (1980)?
30
How do you get from one end of a Super Star Destroyer to the other?