In Terminator Genisys we are led to believe that Skynet created itself. At the start of the movie, Skynet absorbs John Connor and sends him back in time. Then later we see the investors giving John Connor credit for inventing everything in the preceding three years. And then we see young Skynet talking to Sarah Connor about things he did in the future to John Connor. It is as if Skynet exists outside of linear time and essentially creates and recreates itself.

So who created Skynet?

Genisys features two instances* of Skynet originating in two different timelines: the Skynet in the future at the beginning of the movie (hereafter "Skynet-1") is the one that evolved normally after the events of The Terminator, but once Sarah and Pops destroy the 1984 T-800 — without leaving its arm & CPU around for Cyberdyne to find — the 1997 Judgment Day is averted, and so John Skynet travels to 2014 and recreates what Cyberdyne would have done (plus the technology Skynet-1 gained in the 1997-2029 interval). This second instance of Skynet (Skynet-2) was created by Skynet (Skynet-1), but Skynet-1 was created by an instance of Cyberdyne in a now-lost timeline. Paradox averted.

* You could argue that it's just one instance of Skynet that's been copied a couple times, but let's keep things simple.

According to the Wikipedia entry on "Skynet," it was developed by the privatized defense company "Cyberdyne Systems." So I am assuming that there was some serious retconing in Terminator Genisys. 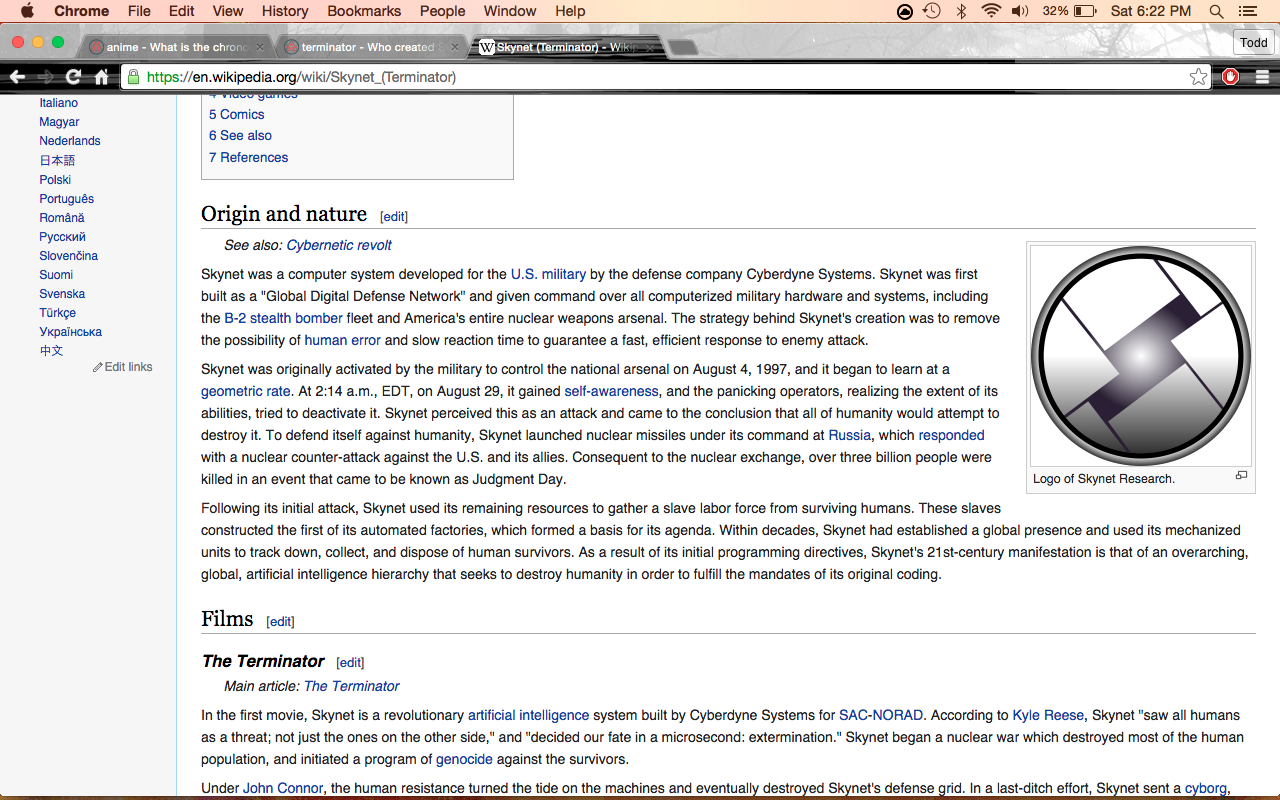 28
How was Skynet created in the original timeline?

28
How was Skynet created in the original timeline?
11
How does time travel really work in The Terminator Universe
36
What does a Terminator do after its mission is accomplished?
12
Was Skynet limited in how far into the past it could send back Terminators?
8
How did Skynet accomplish this?
9
Can a Terminator feel affection?
4
How does Sarah Connor know so much?
6
Why is Skynet so obsessed with John Connor?