Did the Government know that Syndrome was killing supers?

Mr Incredible had a Government handler, so I would assume all the supers had one. And when those supers started disappearing one by one they would get nervous. Are they going back to being a super hero? Becoming a super villain? When you consider just how many supers Syndrome took out, they had to have tracked it back to the source.

It's not clear what the feds knew but there's absolutely no indication that the govt knew that Syndrome was killing supers, nor that they wouldn't have immediately tried to stop him if they'd found out.

As to the question of why the National Supers Agency aren't doing something about it, the people tasked with hiding the supers (notably Rick Dicker) do appear to have knowledge of their secret identities but only seems to involve itself in their affairs when they accidentally reveal their powers, and then only to help the supers to remain hidden rather than investigating what they're up to.

Beyond that, the detection of mysterious superhero disappearances appears to be a simple police matter, one dealt with by "local authorities". 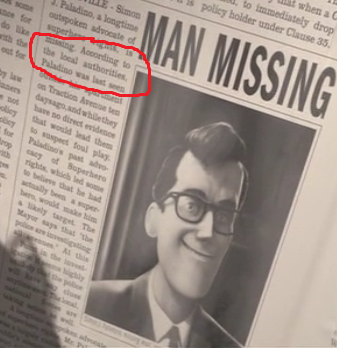 There's also a few other things to take into account:

31
Did Mirage from The Incredibles have powers?
11
Does the government know each superhero's secret identity?
19
Did Edna Mode design the superhero costumes with capes?
11
Were the Supers born or created?