What was Hagrid's boggart form?

Hagrid doesn't seem to be afraid of any animals or people. But in some sense he is timid.

Is there any indication what Hagrid's boggart form is?

Within the main canon, we simply don't know.

Guesswork: Like Harry, he certainly isn't fond of Dementors and a very common boggart form among his contemporaries is Lord Voldemort. He also has several friends (Dumbledore, notably) and a close relative (Grawp) that he wouldn't want to see their corpses.

The Official Harry Potter Bloomsbury Website contains a quiz about "your Hogwarts best friend" in which we learn the main fears of various characters, including Hagrid. 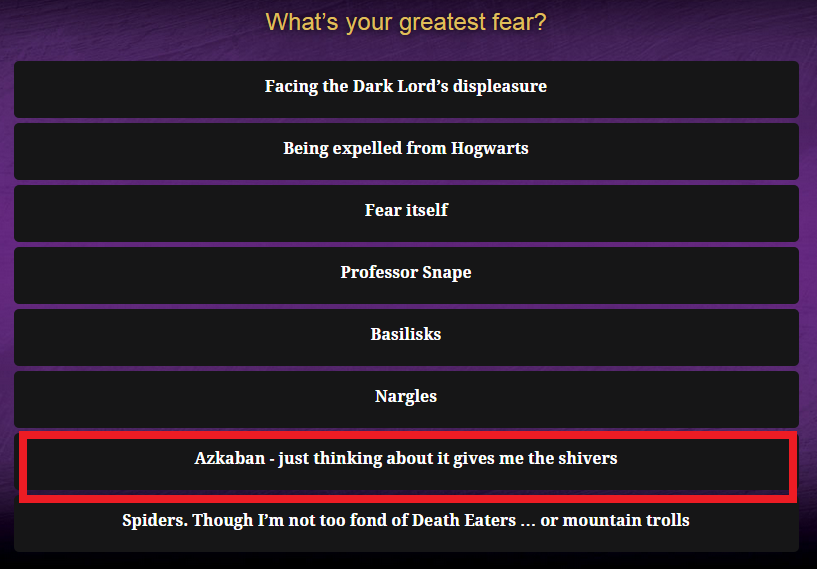 12
Did Madame Maxime really just have big bones?
8
Was Hagrid able to cast a Patronus, and if so what was its form?
22
What does Hagrid eat?
17
Why was Hagrid sent to Azkaban?
58
What form would a boggart take for Snape?
7
Would a portrait of a boggart show the viewer's deepest fear?
28
Was Hagrid guilty of blood prejudice?
2
Can a Boggart “see” through the Hallows (Harry's) cloak?
2
Why does Hermione say “Forget it” about Hagrid's mother when she couldn't have known before that she was dead?
10
When my biggest fear is a Boggart, would I see its natural form?