OK. I read my first Sci Fi book sometime between 1961 and 1964. Hard back from the school library. It was about earth astronauts visiting a planet that was all shades of purple. It included a sea with a monster, of course. About all I can remember. I would dearly love to reintroduce myself to this book as it led me into 5 decades of Sci fi and Fantasy.

There is a book called The Purple Planet. It's by Charles Beresford Painter under his pen name of Leslie Beresford, and though it was originally written in the 1920s I think it was rereleased in the 1960s.

It doesn't seem to have made much impact on the world of literature as Googling fails to find any information about it. I know nothing about the book other than the name, so I'm mentioning it here just on the off chance it might be the one you're thinking of.

The Purple Planet by Leslie Beresford was released in the early 1920s, although this page mentions it as having been around in the 1960s. This page lists it as "an early planetary romance". From here:

an early science-fiction story by Leslie Beresford entitled The Purple Planet, which commenced to run as a serial in the July 30th, 1921, issue [of Young Britain].

In particular, the cover of that issue, picturing a silver spherical space-ship rising in the dusk with the Thames Estuary and part of East England and the North Sea beneath as seen from a great height

Does this ring any bells?

The only thing I can find about the plot is here, and I'm not certain it's the same work. But this BBC radio drama is called The Purple Planet, and it could well be an adaptation of Beresford's book. The summary here is:

The only survivor of an expedition to the Purple Planet cannot convince his psychotherapist of the truth behind his story of the sadistic tortures he and his crew-mates suffered at the hands of the super-advanced, slug-like natives there.

The Right Hand of Dextra by David J Lake features a planet where all the plants are purple, supposedly because they're based on the "left-handed" levulose, instead of Earth's right-handed dextrose. 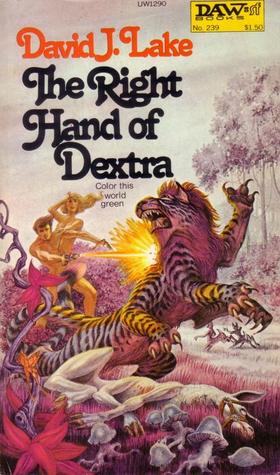 But it was published in 1977, so can't be what you're looking for. Sorry

This is a long shot, but could it be Out of the Silent Planet, by C. S. Lewis? The planet is Mars, but there is some purple vegetation. Maybe that part made an impression on you.

Three men from Earth take a spaceship to Mars. There are a number of descriptions of the native Martian vegetation that is purplish in color, although this is by no means a major plot point.

A mass of something purple, so huge that he took it for a heather-covered mountain, was his first impression: on the other side, beyond the larger water, there was something of the same kind.

The purple mass looked for a moment like a plump of organ-pipes, then like a stack of rolls of cloth set up on end, then like a forest of gigantic umbrellas blown inside out. It was in faint motion. Suddenly his eyes mastered the object. The purple stuff was vegetation: more precisely it was vegetables, vegetables about twice the height of English elms, but apparently soft and flimsy. The stalks — one could hardly call them trunks — rose smooth and round, and surprisingly thin, for about forty feet: above that, the huge plants opened into a sheaf-like development, not of branches but of leaves, leaves large as lifeboats but nearly transparent.

This Mars doesn't have great seas, but there is a lake and a sequence on the lake involving an aquatic creature.

A line of foam like the track of a torpedo was speeding towards them, and in the midst of it some large, shining beast. Devine shrieked a curse, slipped and collapsed into the water. Ransom saw a snapping jaw between them, and heard the deafening noise of Weston’s revolver again and again beside him and, almost as loud, the clamour of the monsters on the far bank, who seemed to be taking to the water, too. He had had no need to make a decision. The moment he was free he had found himself automatically darting behind his captors, then behind the space-ship and on as fast as his legs could carry him into the utterly unknown beyond it. As he rounded the metal sphere a wild confusion of blue, purple, and red met his eyes. He did not slacken his pace for a moment’s inspection. He found himself splashing through water and crying out not with pain but with surprise because the water was warm. In less than a minute he was climbing out on to dry land again. He was running up a steep incline. And now he was running through purple shadow between the stems of another forest of the huge plants.

The publication date works out. It was published in hardcover in 1938, with a dust jacket that is purplish. Subsequent hardcover editions were published in 1950/1951, but I can't find the cover art for them. 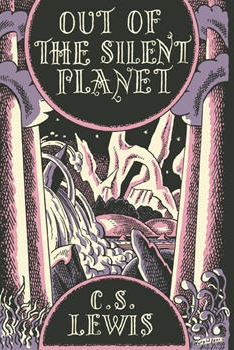 6
What short story collection has a teleporting murderer and tiny purple beings who take over the planet?
11
Collection of sci-fi/fantasy short stories: tiny aliens crashlanding in a backyard on Earth, growing a star as a school project, and some Le Guin
6
Fantasy/Sci-Fi kids book: boy and telepathic owl/bird - in space/other planets setting
10
Space stingrays planet is dying; human becomes one of them
7
Story about realm that contained Avalon and Tara and more
5
Two human factions land on alien planet, learn the language/culture of radially symmetric native species
5
Science fiction/fantasy book I read 50 years ago. Took place on the planet Venus
5
Fantasy book, group of women meets group of (mercenaries?) men, has a shipwreck scene
7
Child's picture book; fantasy story with a green lizard in human clothes