Why did future Flash save his child-self from Reverse Flash only once?

Reverse Flash travelled back in time to kill Flash when he was kid. Flash followed him and saved his child-self once and returned to his own time.

Now, the question is: Why didn't Flash stay with his child-self or with Reverse Flash to save himself? Why did he return knowing Reverse Flash could go after his child-self again? In fact, Reverse Flash did get the chance to kill Barry and nobody was there to protect him. I hardly doubt that the future Flash knew that Reverse Flash would stuck and he would need his past-self to return and he wasn't psychopath enough to drop the idea of returning home over the idea of killing Flash.

As far as the show is concerned we don't know. In fact it appears that the future flash is still missing, so we don't even know if he ended up back in his own time, but it appears he didn't. 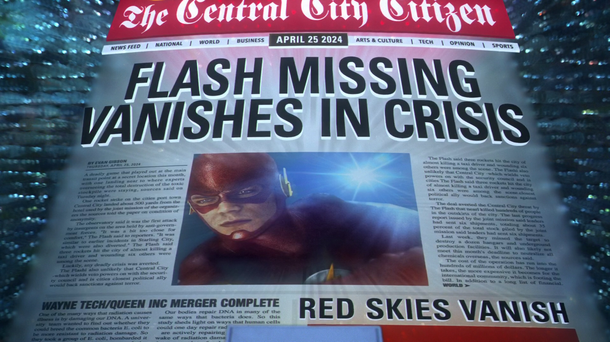 Throughout season 1 Harrison Wells keeps reading this news article over and over again. Presumably this article is in reference to the future he came from/the future they are all headed too. The fact that the day after the Flash's battle in which he followed the Reverse Flash back in time the news say he's missing, leads us to believe that Future flash never made it back, and may still be in our current timeline, OR met another fate.

4
Why didn't Reverse-Flash kill this person?
1
Why did Reverse-Flash reveal his true identity?
5
If Reverse-Flash lost the speed force, and his speed only comes back sometimes, why is he always faster than Barry?
5
Why did future Barry ask the present Barry not to save his mom?
4
Is Reverse Flash from a different timeline than Rip Hunter?
2
How did Hartley Rathaway know about Wells being The Reverse Flash?
9
Why weren't there two Barry Allens in Flashpoint Season 3?
2
What happened to the future Flash who stopped Barry from saving his mother in season 1?
4
Why did Thawne need the particle accelerator to be built 6 years earlier?
0
What happened to reverse flash after undoing flashpoint?