What's the history of the prefix "Age of"?

I came to realize that there are two recent films (probably more) which contain Age of in their subtitle:

The thing about these titles, is that in both of them, Age of provides very little semantic content. It's not really the dawn of a new age because (spoiler) Ultron is defeated and (spoiler) the humans and Autobots aren't extinct.

So the prefix is really just a way to make the title more epic sounding. Avengers: Ultron and Transformers: Extinction just don't cut it.

Contrast this to the game series Age of Empires where at least the age part makes some sense.

There is also Warhammer: Age of Sigmar which frankly, I only know about because of the existence of the tag. But it adds to the pattern.

So, where does this common SFF trope come from?

The prefix, in general

Voltaire wrote The Age of Louis XIV, published posthumously in 1781. This seems to be the first work with the epic prefix "The Age of". This is, of course, non-fiction but with the correct context. (Reverand Richard Hurd's Moral and Political Dialogues was first published in 1771 and had a section titled "On the age of Queen Elizabeth", but this was a section title as opposed to the overall book title.)

Thomas Paine's famous The Age of Reason followed soon after, in 1794. 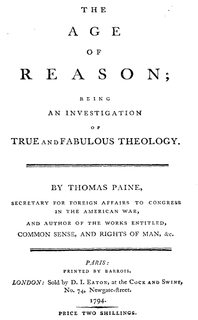 In regards to fiction, Thomas Beck wrote The Age of Frivolity: A Poem in 1820 and George Lunt wrote The Age of Gold and Other Poems in 1843. There were also several books in the 1880s and 1890s attempting to tie Norse mythology to geological and astronomical events, all titled The Age of Ragnarok.

By the mid-to-late 1800s, a great many books had "The Age of" prefix. It was quite fashionable at this point to use it in titles of non-fiction, fictional prose, and fictional poetry. 1920 saw the famous The Age of Innocence by Edith Wharton, for example.

The prefix, in SFF

Now, as for science fiction and fantasy, the "age of" prefix doesn't seem to have enjoyed popularity until the 1980s. The catalyst could have been the intense interest in "The Age of Aquarius" in the New Age movement of the 1960s and 1970s.

By the 1990s, we had these developments: 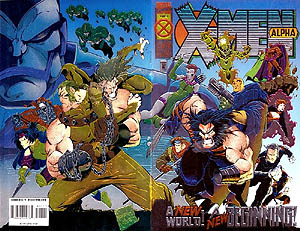 12
First known author to use the concept of "Bigger on the inside"
28
What's the history of the term "starship"?
2
Origin / History of the "Small crew & beat up starship" trope
31
What was the first published SF story to use the surprise twist "and these characters were the original Adam and Eve!" at the end?
5
Where did the hypnotic spiral originate from?
5
First story to feature the trope "the nice self-sufficient society that welcomed us are actually cannibals"?