Has Superman ever said, "Ouch!"?

I was playing with my son and when Superman got knocked off a castle I had him say, "Ouch!"

Then I realized, he probably never says ouch. But, I thought maybe there's a chance that he had!

Has Superman ever said "ouch", "ow", or a similar exclamation of pain?

I'm asking for when he's actually in his Superman persona, not Clark Kent, or any other appearance where he may be trying to hide his identity.

I'd also prefer if it were a fully-powered Superman. I have a feeling that a Superman being affected by green Kryptonite has probably said ouch. I really want to know if anything or anyone has been harmful to Supes to actually make him exclaim in pain.

Superman has indeed said "Ouch!", on the cover of Superman 106. 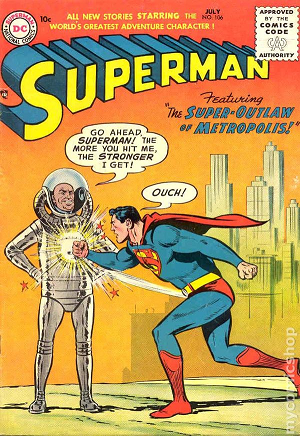 Lex Luthor creates an alloy that picks up energy Superman uses in his super-feats and transmits it to a suit of electronic armor he has invented. The suit gives Luthor all of Superman’s powers, but Superman defeats him by exposing himself to Kryptonite, which also transmits weakness to Luthor’s suit.

And in Supergirl #002, when Supergirl punches Superman right in the face. 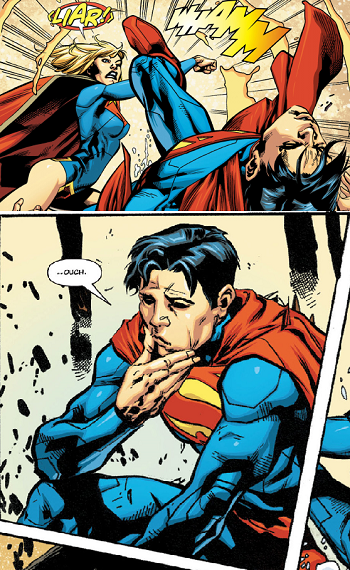