Was Constable Zuvio in The Force Awakens?

Constable Zuvio has his own page on StarWars.com and Wookieepedia and even a Black Series toy. 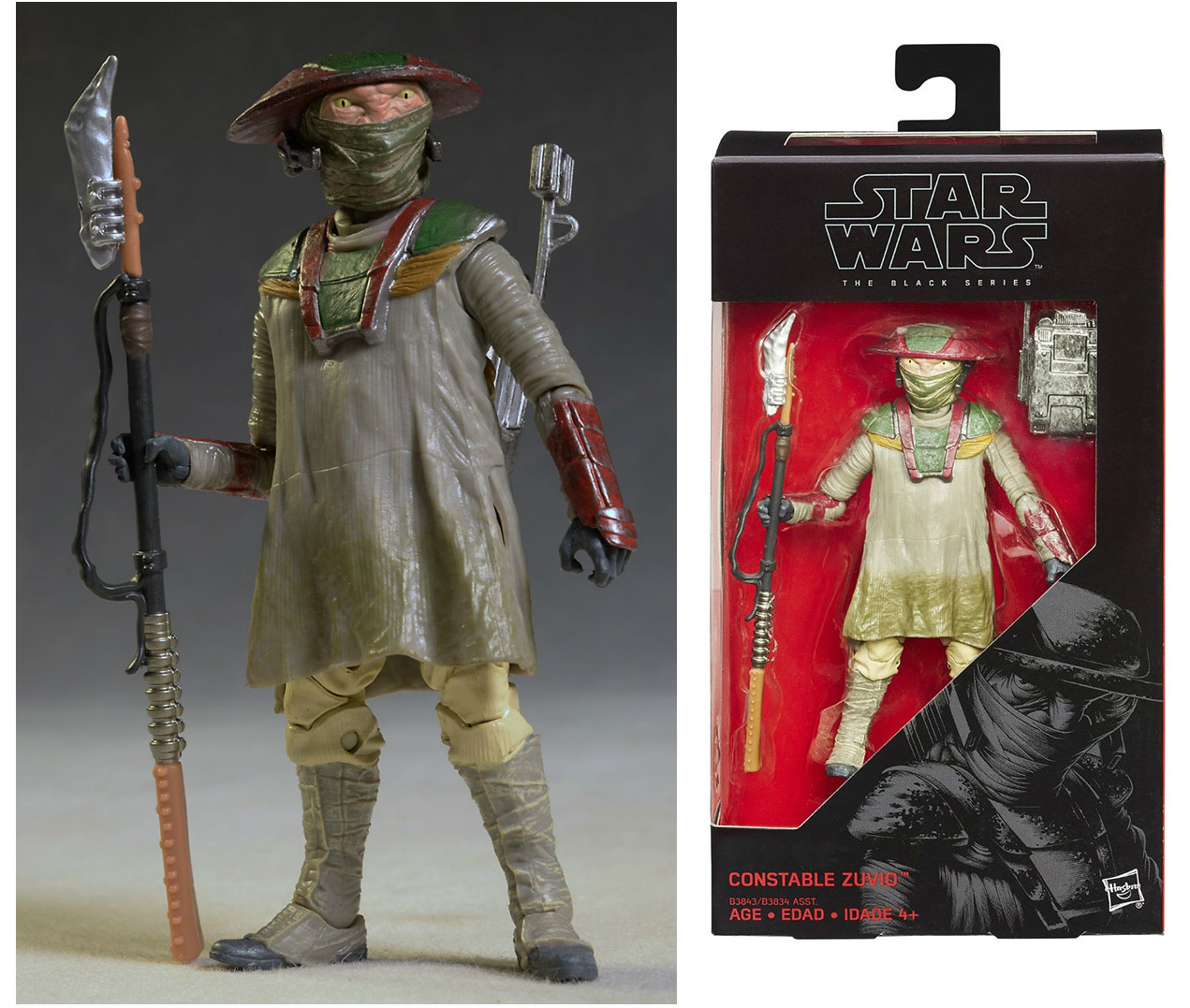 Was Constable Zuvio even in The Force Awakens?

If so, when did he show up and what did he do?

He was supposed to be in it, but his scene was cut at some point.

The canonical Star Wars Database claims he appears in the film:

What’s an honorable Kyuzo like Constable Zuvio doing on a lawless planet like Jakku? The tough, taciturn Zuvio is the leader of Niima Outpost’s small militia, and keeps a wary yellow eye out for cheats, thieves and others bent on trouble. He is often found guarding Niima’s landing field, glowering at any local who strays too close to a visitor’s starship.

So he definitely exists in canon. He also has a canon novel (High Noon on Jakku, part of the TFA series) devoted to him, and he's also shown in the Visual Dictionary: 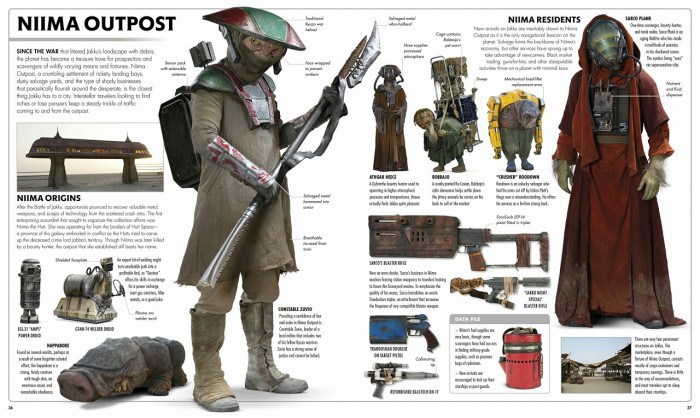 According to this article, he was going to have a scene in the film, but it was deleted:

The scene in which Contable Zuvio was to appear in the film would have taken place right after the thugs attack Rey in an attempt to abduct BB-8. From what I’ve heard, local peacekeeper Constable Zuvio “steps in to break up the tussle.” After settling the issue with the Constable, Rey heads back to her dwelling, “keenly aware that the dastardly Unkar would like nothing better than to get his hands on her new droid.” From what gleam, the moment with the thugs plays out differently in the film as originally Finn (FN-2187) had not yet escaped from the First Order at that point. BB-8 recognizing Finn originally happened the next day.

He also doesn't get mentioned in the official novelisation.

The good Constable must be somewhat pissed off about all this: 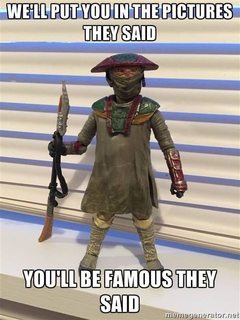 No, he was not in the theatrical release of the film.

The scene that he was in was deleted