I thought about it some more, and there were three episodes. I checked my DVDs, and hunted up all the scenes I could find.

Spock shows one of the crystals that was damaged in rescuing Mudd. 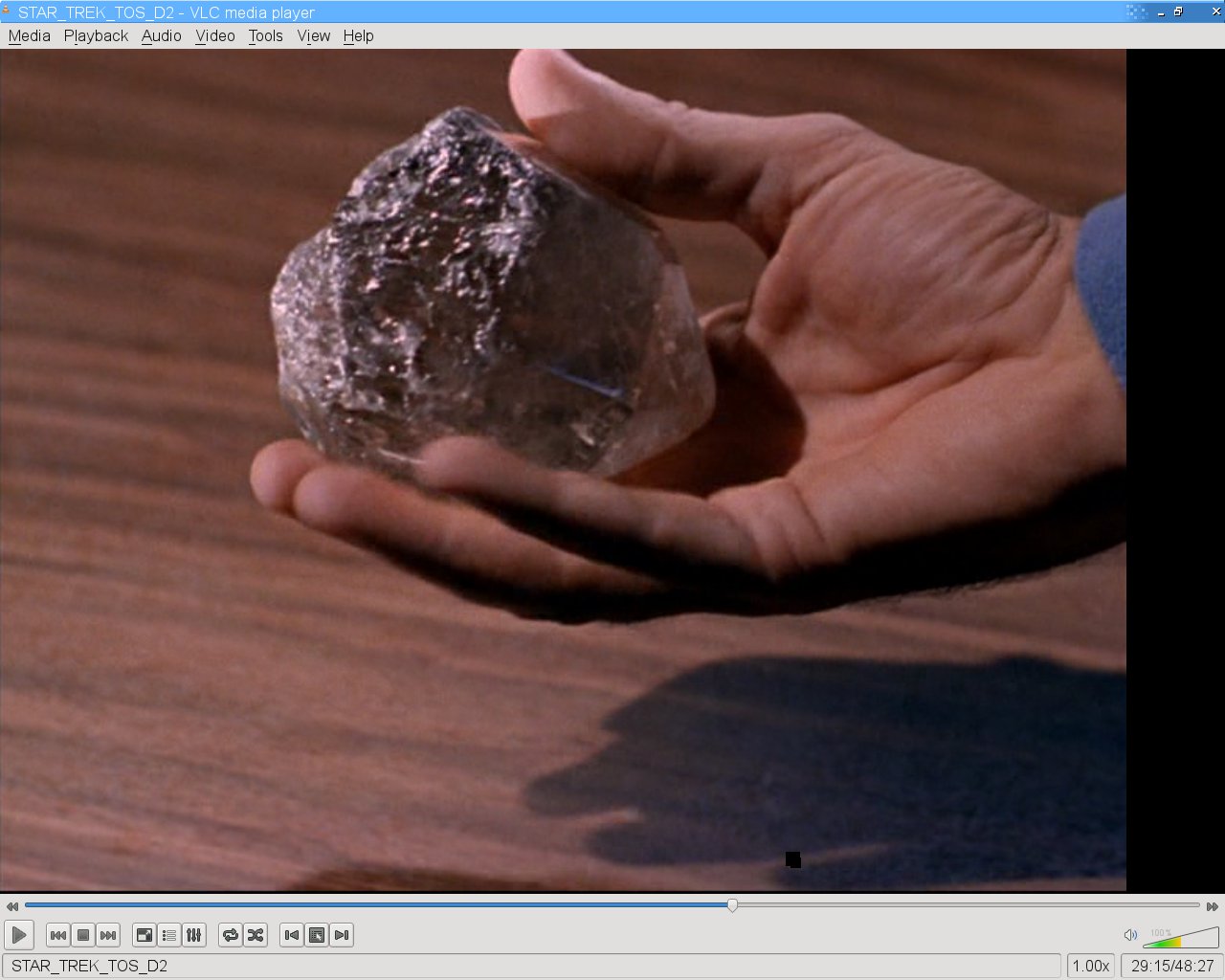 Lazarus and crazy Lazarus both steal crystals from the Enterprise. You see the crystals several times, and also the dilithium chamber. 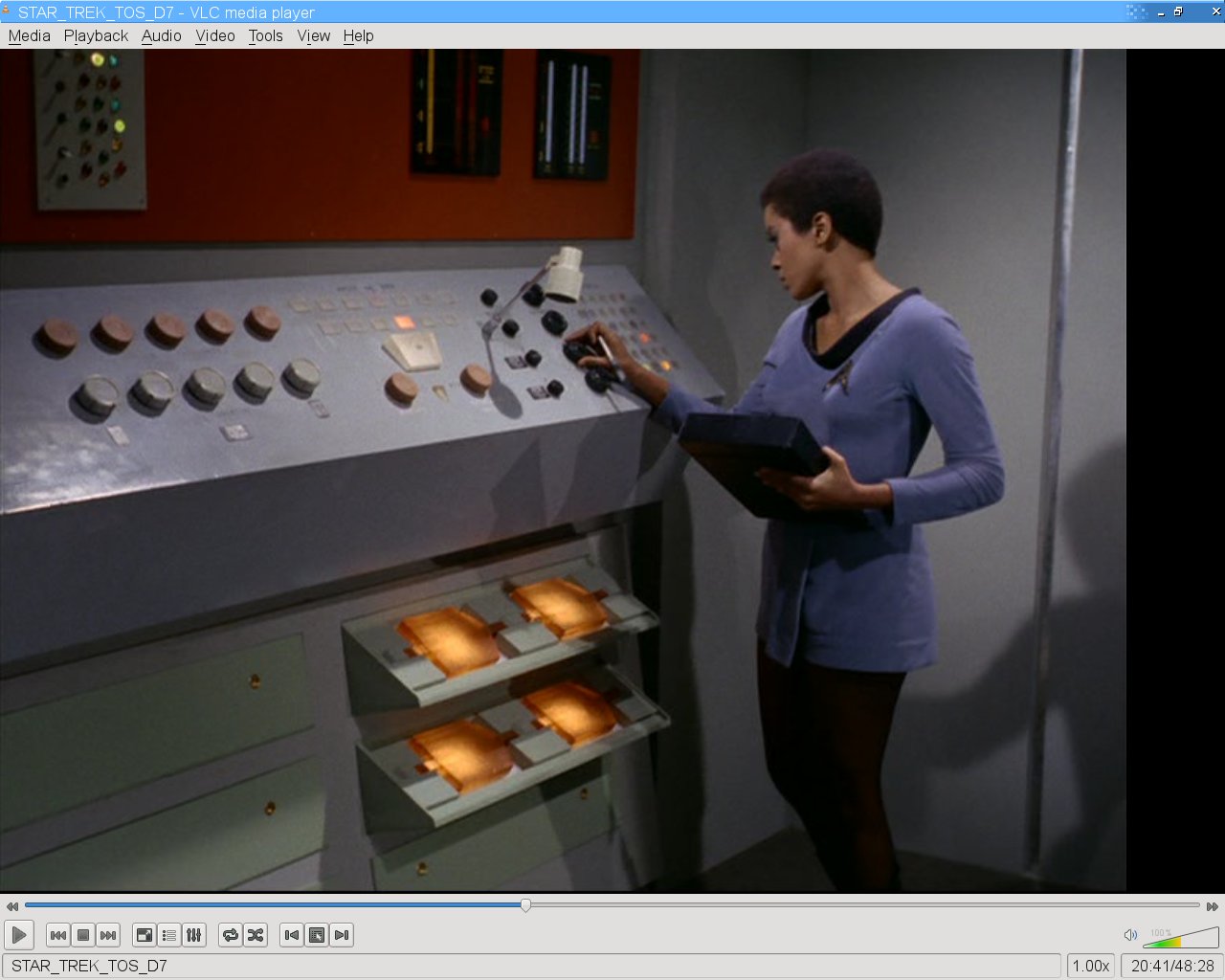 Crazy Lazarus with two crystals in a bag. 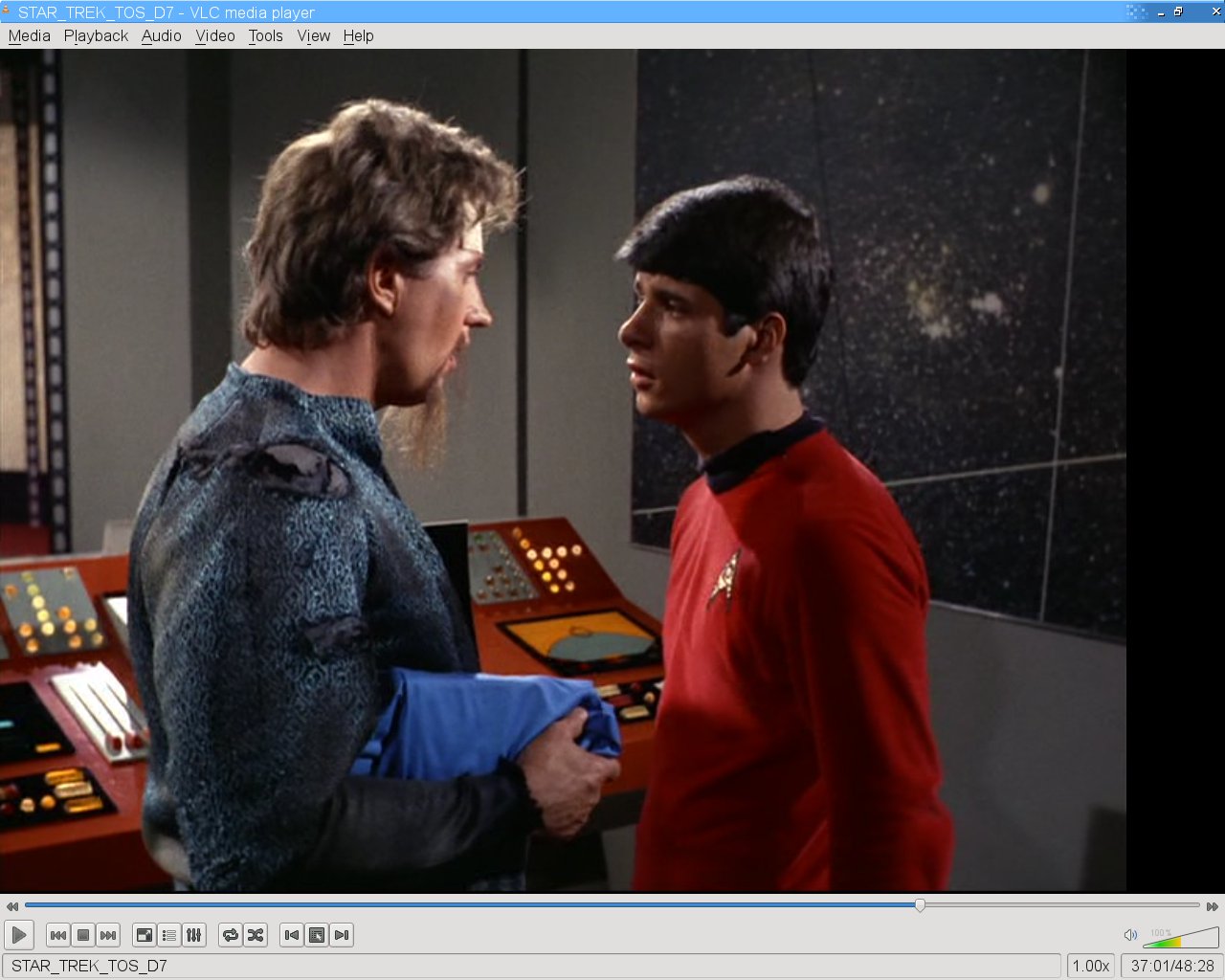 Crazy Lazarus with the crystals in his UFO: 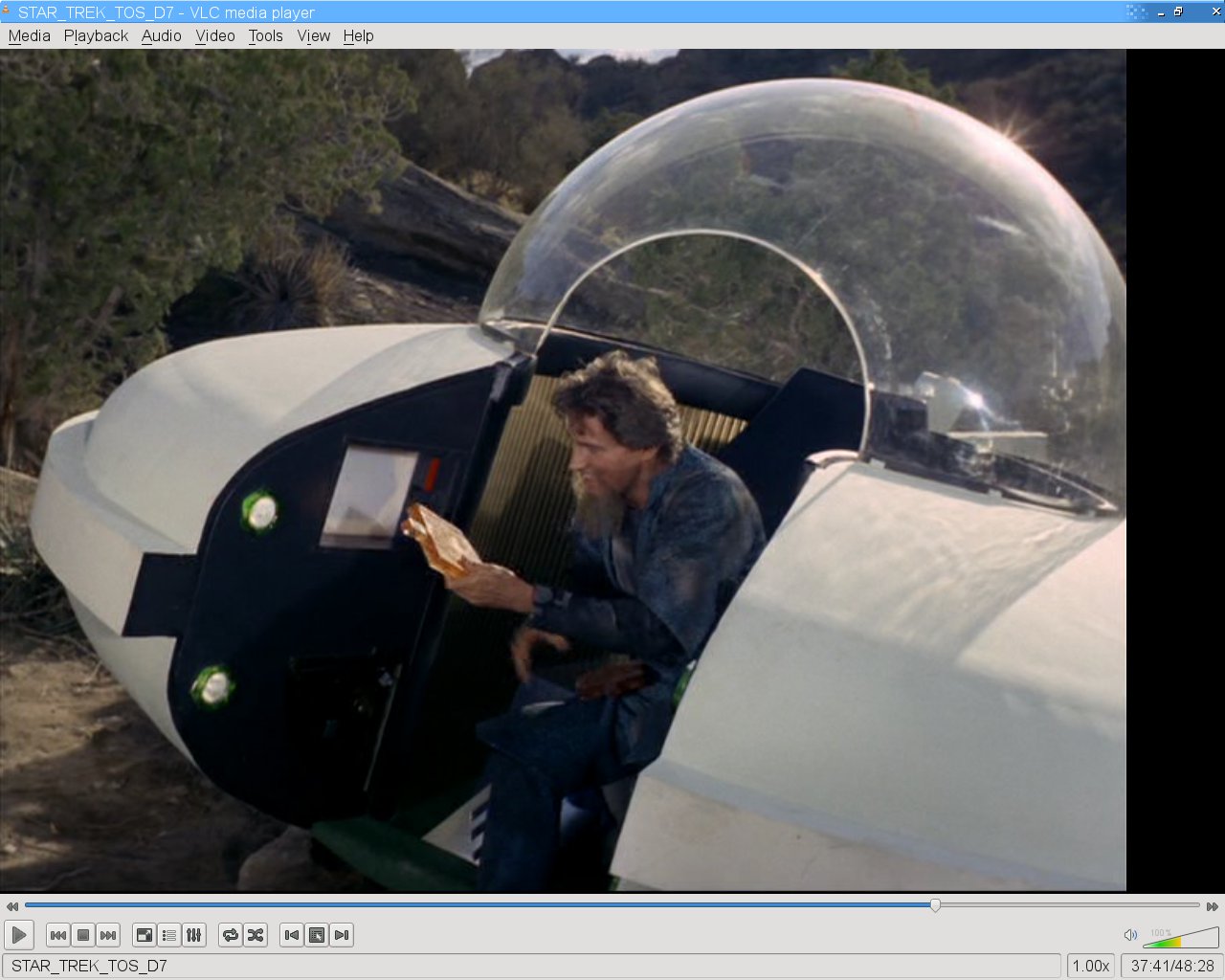 Kirk throwing crazy Lazarus through his UFO into the corridor between the universes (crystals visible): 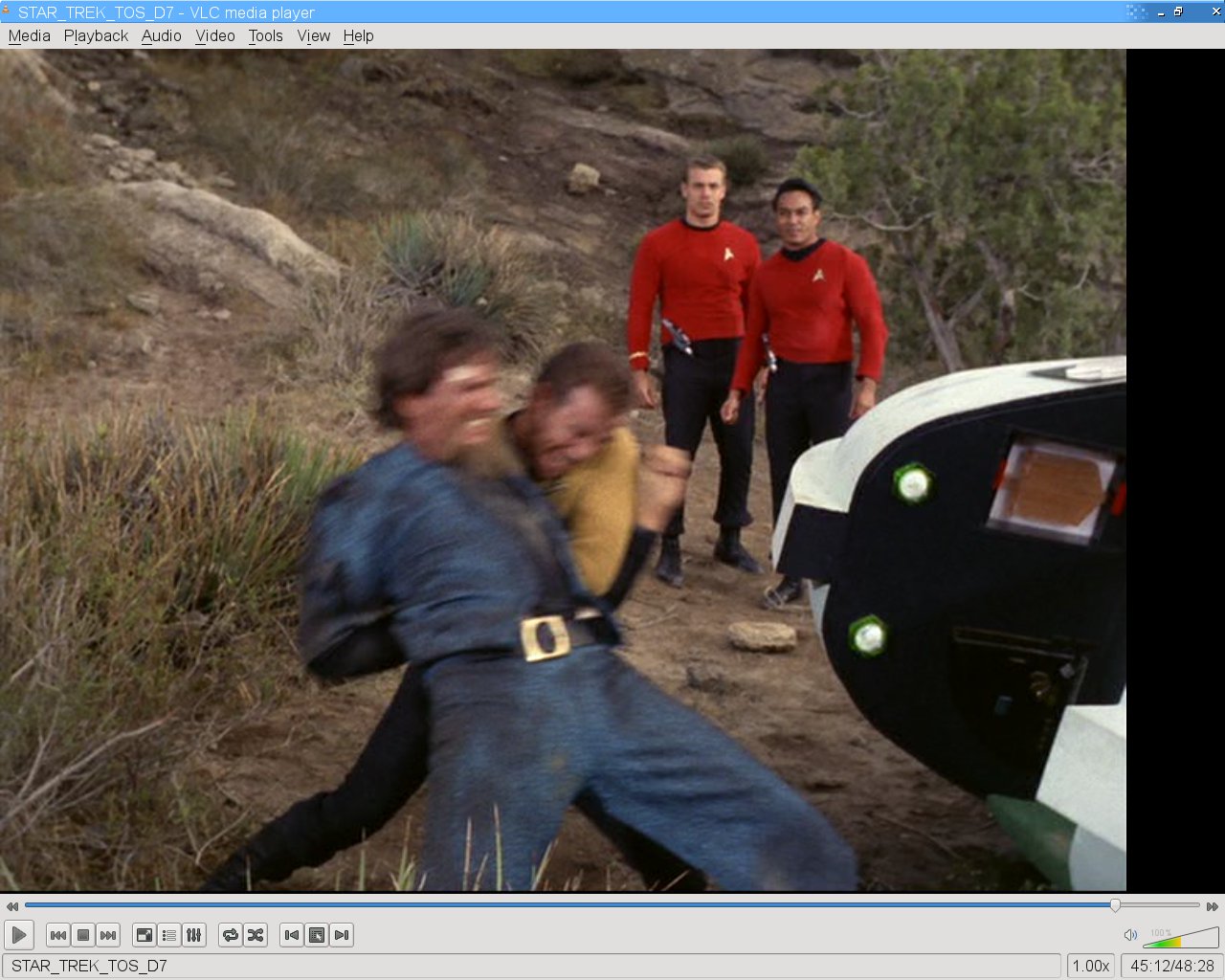 Lazarus (not the crazy one) with the crystals in the alternate universe: 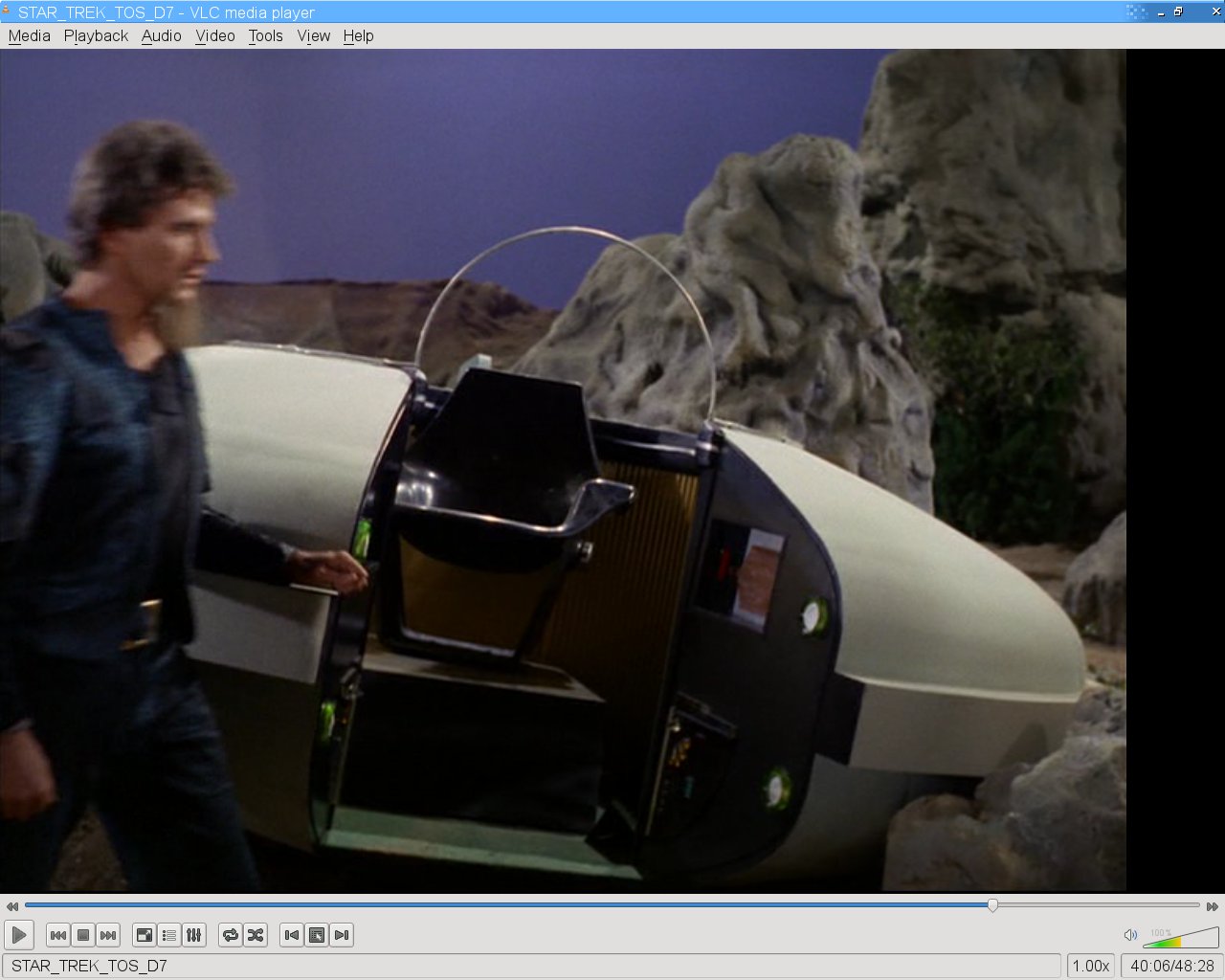 Burned out crystal in the dilithium chamber - note that it is now in a the engine room proper - and that the crystal looks like the ones in "The Alternative Factor." 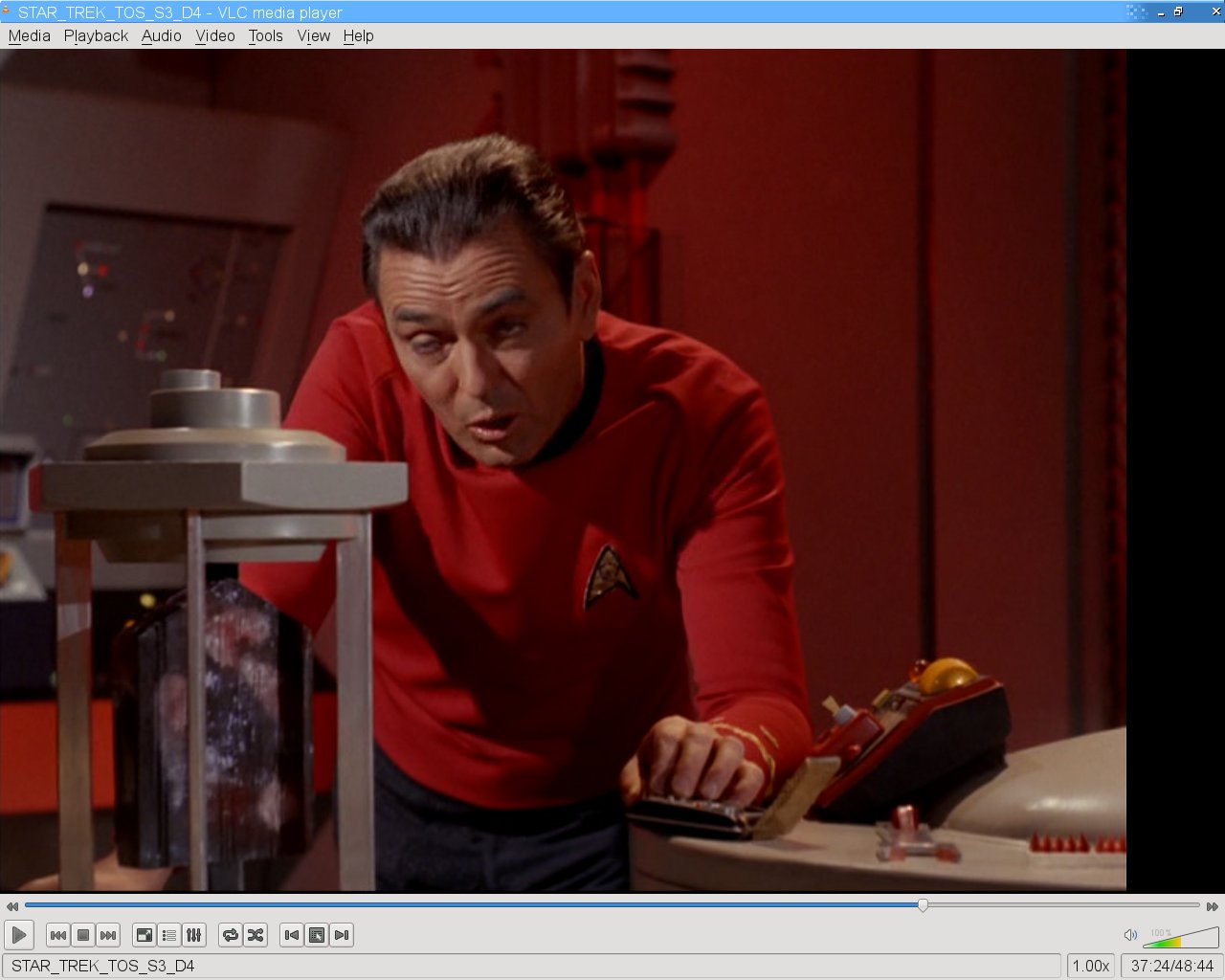 Elaan with the necklace (no one knows that it is of dilithium yet): 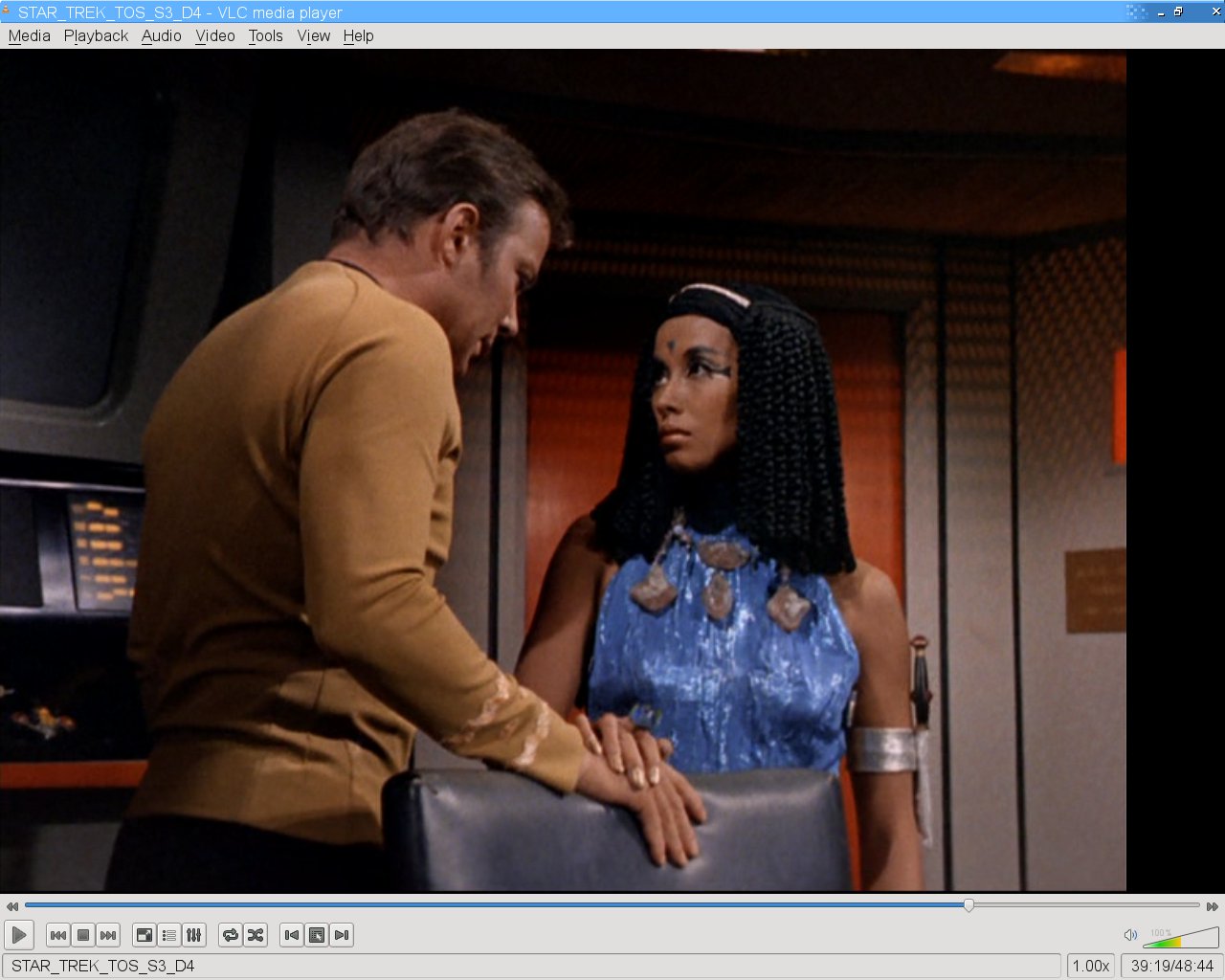 Elaan has left the bridge and come back. Spock discovers her necklace is made of dilithium. 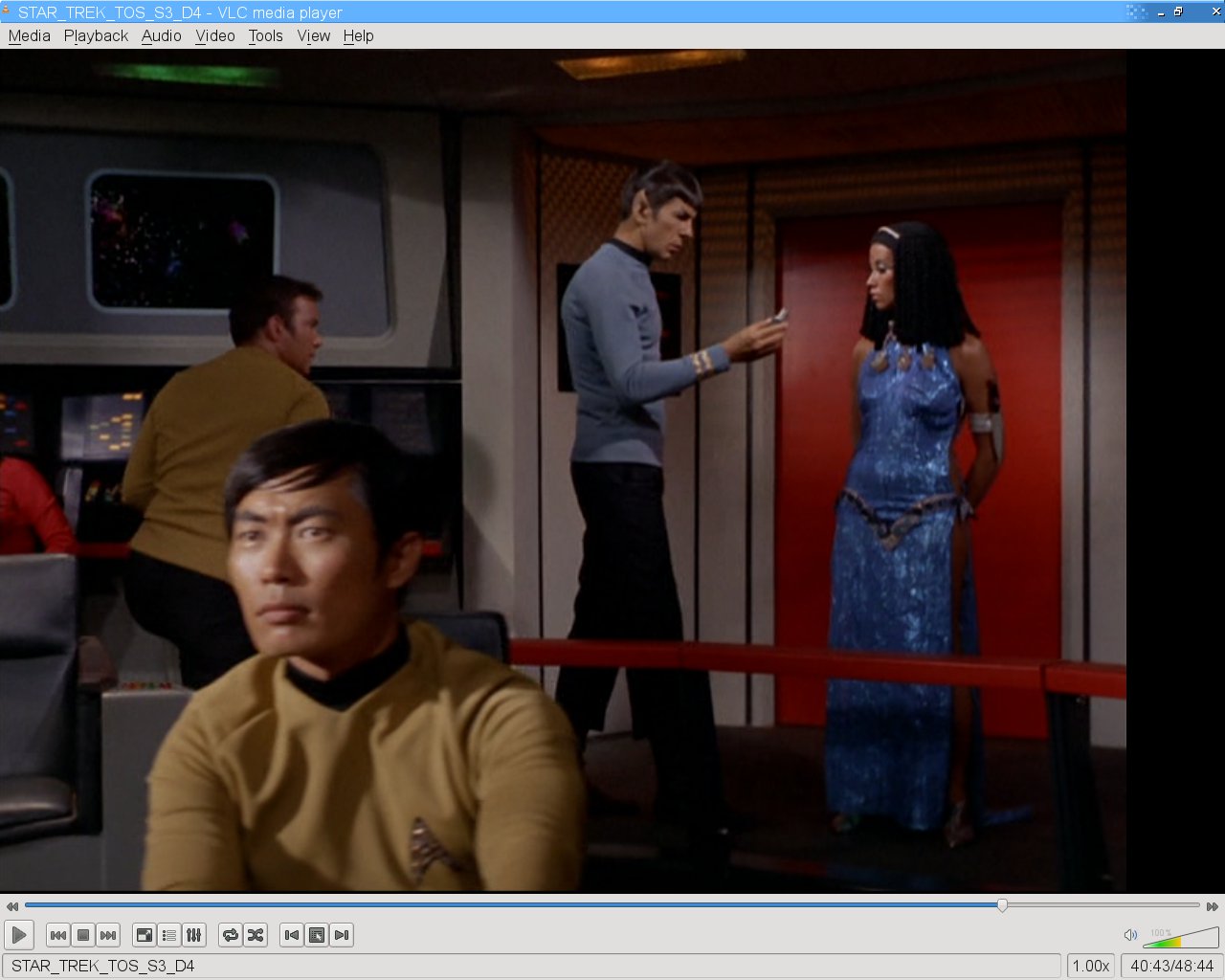 Spock and Scotty installing the "crude crystals" in the dilithium chamber. If you look, you'll see the burned out one lying there. It looks like the ones from "The Alternative Factor" but it is burned looking. 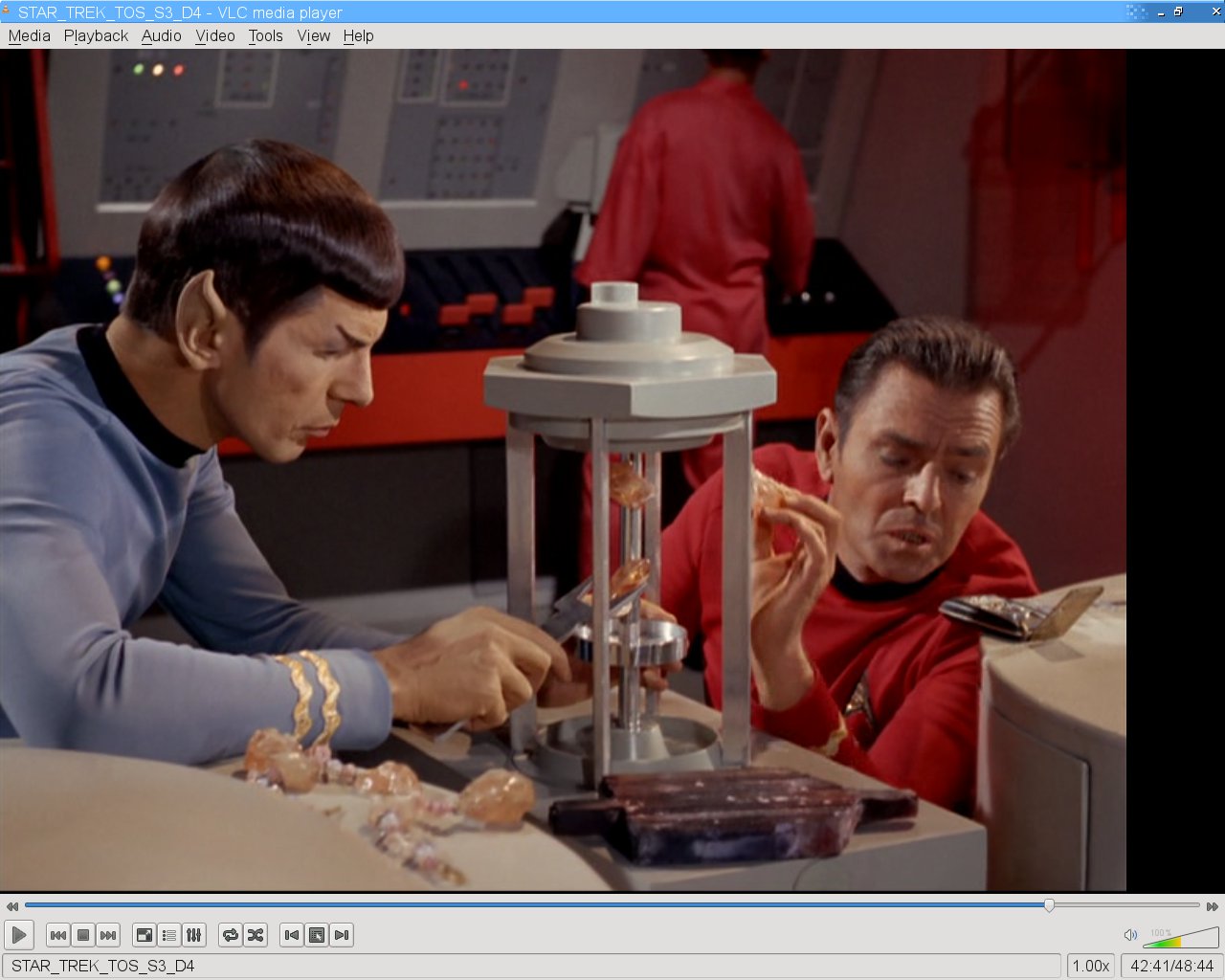 Elaan leaving the Enterprise. Notice she's wearing her necklace again. Kirk must have given it back. 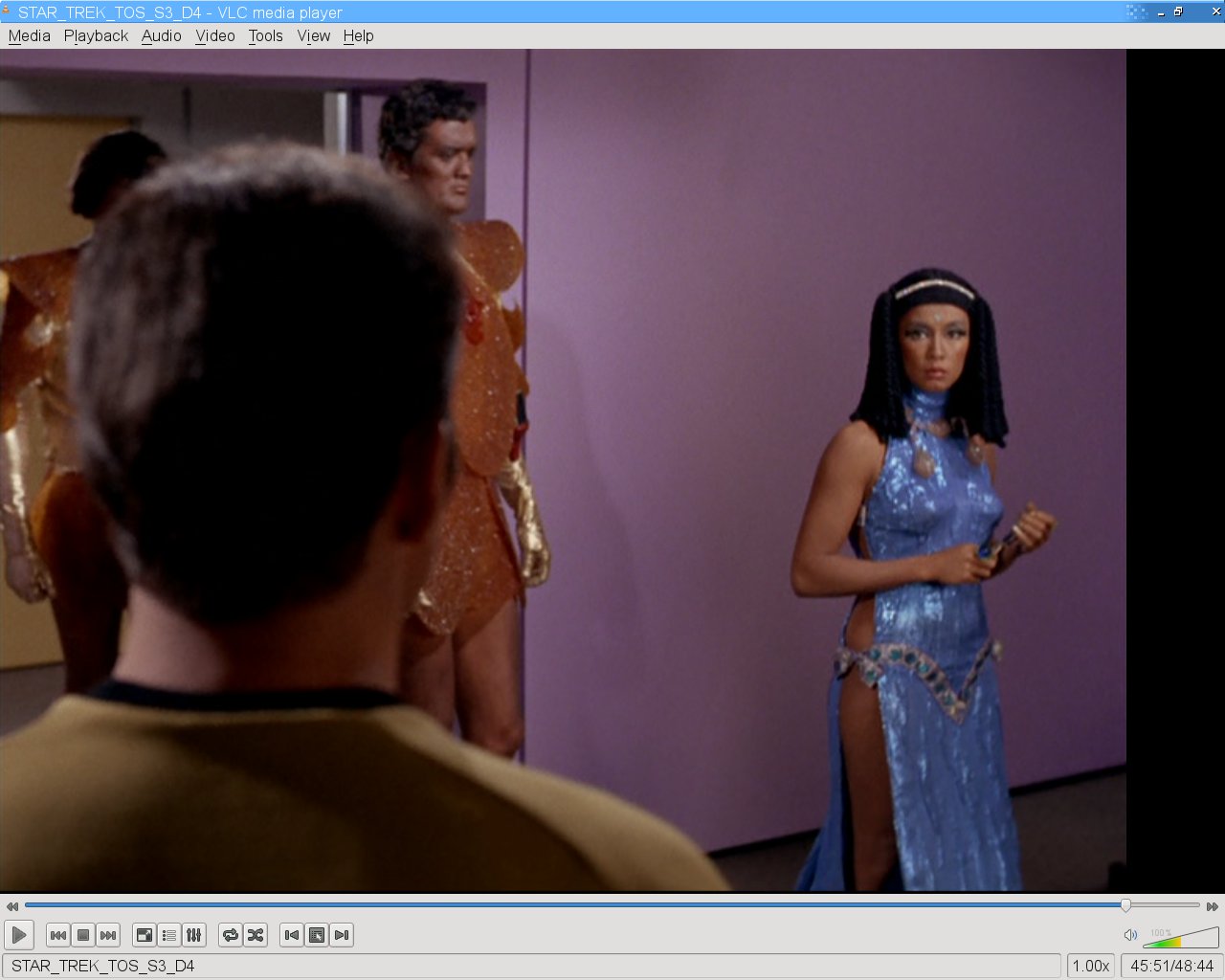 It seems the props folks didn't have a real clear idea of what the dilithium crystals should be and what they should look like.

In TOS 'Elaan of Troyius', we see Dilithium Crystals twice. We see some in a necklace: 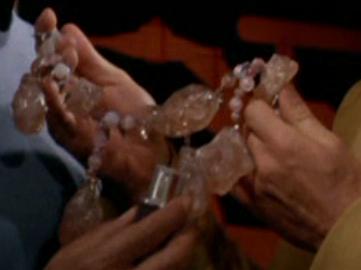 and also see some burnt out in the assembly itself: 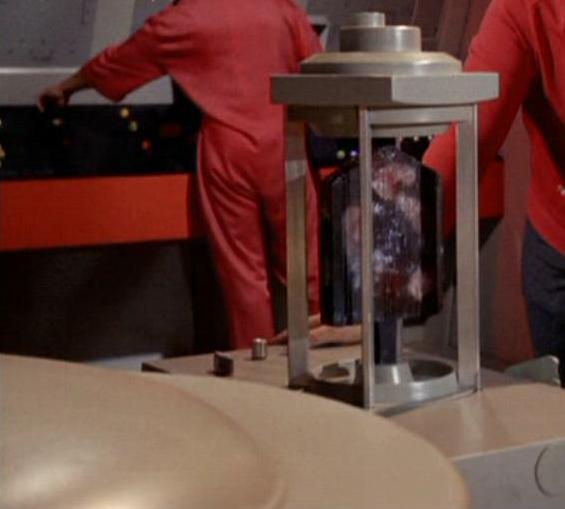 Besides the three episodes that were previously mentioned, I believe there is a brief scene in The Paradise Syndrome. I've only seen it once, as it seems to have been deleted from most syndication packages, but it's when Enterprise is closing in on the asteroid. Scotty does a quick visual inspection of the crystals where he reports to Spock, "Dilithium crystal circuit's failing, sir." 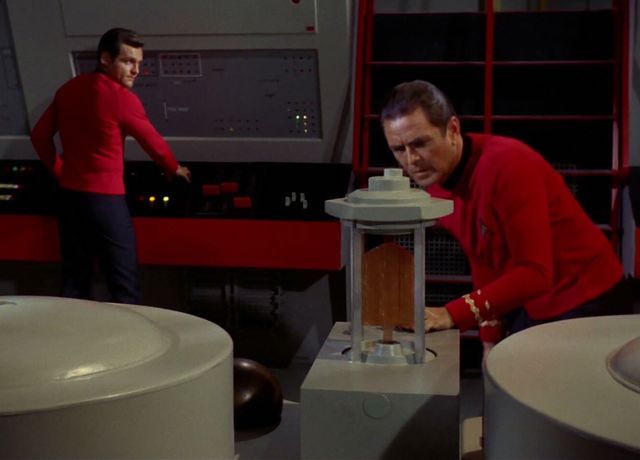 Not the answer you're looking for? Browse other questions tagged star-trek star-trek-tos episode-identification or ask your own question.