How was the alien ship that attached itself to Destiny not vaporized when Destiny went into FTL?

In the Stargate Universe episode "Divided", it is said that the shuttle clamps have to be engaged in order for Destiny's shield to envelope the shuttle, protecting it during faster-than-light travel. If the shuttle was not protected by the shield, it would not enter into FTL with Destiny and would be vaporized.

In the same episode, it is also mentioned that there was an alien ship attached to Destiny. Why was this ship not destroyed when Destiny entered into FTL? 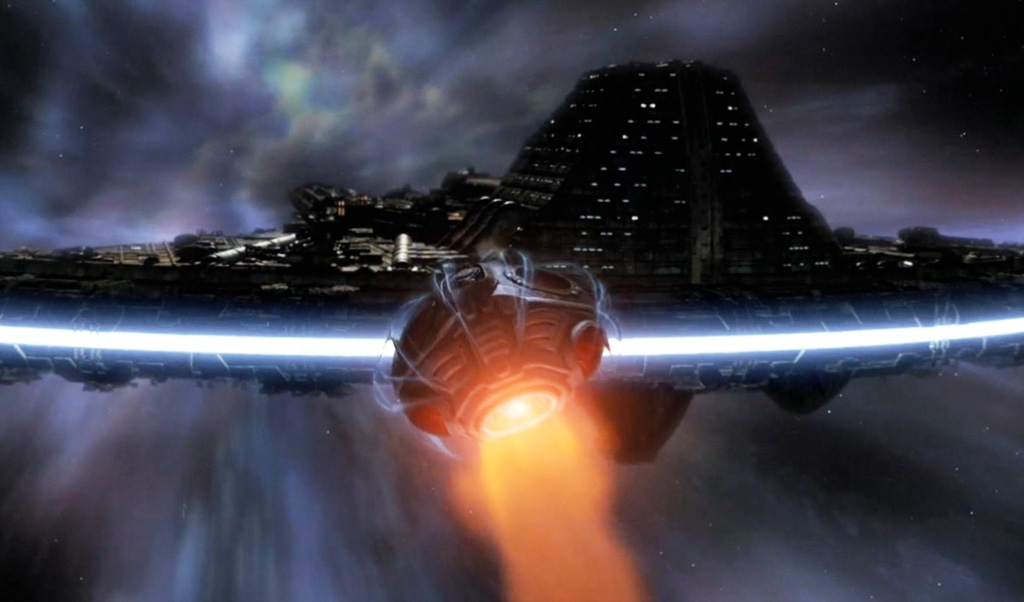 With the clamps engaged, the shuttle is in physical contact with Destiny, and therefore shielded/ pulled into FTL with Destiny.

Whatever mechanism the alien ship used to attach itself with destiny presumably employed some form of physical contact as well, giving the same benefits as the clamps.

@SingularityCo gives a good explanation, but let me offer one alternate:

The alien ship had its own shields which facilitate safe FTL travel.

The alien ship was earlier referred to as a "sub-space tracking device" by Dr Rush. We can assume then that whatever technology the aliens are using, it is produced with the specific purpose to stay attached to ships when they jump into FTL.

Not the answer you're looking for? Browse other questions tagged stargate ftl-drive stargate-universe or ask your own question.

14
How Could the SGC Dial the Destiny Without Knowing Where It Was?
4
SG1 - Gemini - Why was not Sam Carter at fault for losing the only weapon that could stop a Replicator?
5
How could they use the Atlantis Stargate when it was destroyed in an earlier episode?
13
Why did the team members come flying through the gate when arriving on Destiny?
11
What happened to Apophis' ship's Stargate when the ship was destroyed?