I recall reading the beginning of a story, which sadly, I was never able to finish. In it I seem to recall that there was some damage to some power collectors (or some other structure) in outer space, and investigation couldn't find the cause. I seem to recall that someone was suspecting that it could be a ship from a previous lost/extinct civilization which was effectively invisible.

In any case, either they (meaning one of the investigators or a passerby who strayed or fled into the area of investigation) were stranded or somehow damaged or in some danger (possibly which the ship felt somewhat responsible for, perhaps they ran into the ship and damaged their vessel), and the ship decided to bring said person aboard. From there, various adventures were to ensue, but I had to leave, and was never able to get back to where the book was located.

The ship qualities were that it was practically invisible (radar, sensors, etc), even to direct observation (visible and non-visible light), it was sentient in and of itself, and had a much higher performance envelope that the general tech level of the rest of the setting.

I believe I read this more than 10 years ago, but less than 30 years ago, thus the 90s or early 21st century. It was in a (new, not used) bookstore. Sadly, I only was able to read the beginning part (first chapter or two) and never was able to finish it, thus my recollection and details are sketchy.

It could be Specialist by Robert Sheckley. It first appeared in Galaxy magazine in May 1953. This story has the damaged sentient starship, and a human is taken on board (as a new crew member, not a passenger). However the galactic civilization from which the ship comes is not extinct and the ship is not invisible.

The Wikipedia entry for Specialist summarises the plot:

A galactic deep-space cargo ship is blown off course by a photon storm. When the crew recover, they don't know their location in space and one of their members, known as Pusher, is dead.

The Crew comprises varied members of vastly different intelligent races, all in close mental rapport known as the Cooperation, and serving specialized functions; they are known as Engine, Thinker, Eye etc. But without a Pusher, they cannot accelerate to ftl speeds.

It's not made entirely clear in the Wikipedia entry, but the crew members are literally parts of the ship; it is formed from living, sentient components.

They manage to locate a planet known to be rich in primitive Pushers, Earth. They try to communicate with a man they find, but he is so violent and resistant that they are forced to bring him on board the ship to try to reason with him.

Gradually, the man begins to realize the nature of the Crew and the pleasure to be found as a part of the mental Cooperation. He agrees to join the crew. Hesitantly at first, he tries to Push and finally learns how it is done. The ship speeds away at eight times the speed of light and accelerating.

The whole story can be read on the Internet Archive here.

I think you might be looking for the John Brunner book, "A Maze of Stars", published in 1991. (ISFDB link)

Here are a couple reader written synopses that match some points of your description (From the site LibraryThing):

An intelligent but programming-bound ship which had seeded a bunch of planets with human colonies 500 years previously returns to retrace its earlier voyage and finds each and every one of the surviving colonies to be messed up in at least one big way. Along the way the Ship picks up the occasional imperiled colonist and transports him/her/them until they get to another planet they want to try.

This book is the story a bunch of Human colonies being revisited 500 years after their founding by the Ship that seeded them. The novel as a whole is episodic, dealing with different protagonists having problems on their own colony and being extracted by the Ship. The Ship has its own problems which are what tie the episodes together.

A quote from the book itself confirms the invisibility:

So small a population after all this time, confined to a single island and not even a large one! And such a death rate, and so much of it deliberate!

If I didn't know what I do know - shall know? - I might well have assumed that Klepsit too would be a failure...How long can I endure these shifts in time? The more I learn, the more it sems likely Stripe was right in voicing my worst fearl it's not damage but intent that drives me back and forth across the centuries... 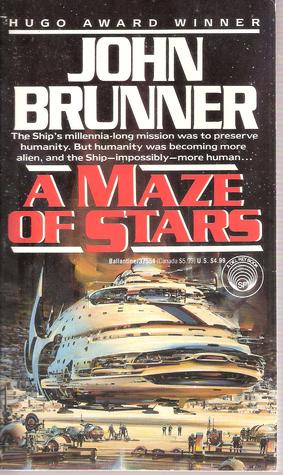 There was an 80s movie called Flight of the Navigator. Except that was set on Earth. A child stumbles upon a sentient alien spacecraft. Adventure ensues. Pee Wee Hermann (Paul Reubens) is the voice of the ship.

Was it Saberhagens novels of Berserkers? I, too, was searching for a “sentient ship” novel. I believe it’s the above referenced author

15
I am looking for a sci-fi novel about an earth expedition invading an alien planet by mistake
10
Looking for tv series title about space ship hidden on earth
1
80's/ 90s Story - Lost space ship with invisibly fast aliens is discovered
12
Looking for a (short?) story about a cryo ship looking for habitable planets
10
Story about ghosts on a quest for a new home
16
Looking for a short SF story about two ultra-fast ships flying around the entire universe
19
TV series involving some kind of global phenomenon affecting people, in which there are also mass deaths of birds
15
Looking for a book about talking dragons with no humans