I read this in the early to mid 80's. It was a textbook sized hardcover anthology with color illustrations throughout. Each story had a few images, some were full page illustrations.

The particular story I remember the most involved Earth survivors living underground. Robots controlled the war from the surface. A teenage girl and boy decided to sneak away to the surface as no one had been up there in a long time.

The kids discover greenery and a healthy environment, with rusted robot guardians. The robots had been keeping the humans fooled that the war was still going on, and had kept them under the surface. Mars had been wiped out from nearly the first volleys of missiles.

The robots judge the teenagers as worthy and let them remain on the surface. The kids had silver jumpsuits that dissolved when they got wet.

The robot illustrations were blocky, almost weathered stone-like statues. They had nearly spherical feet and square simple heads. The faces had eyes and simple mouths.

-edit- The robots were similar in shape to the one in this picture, but smoother, and no arms. The illustrations with them had the robots being several stories tall. I kind of remember that the kids emerged from the belly of one or something like that. 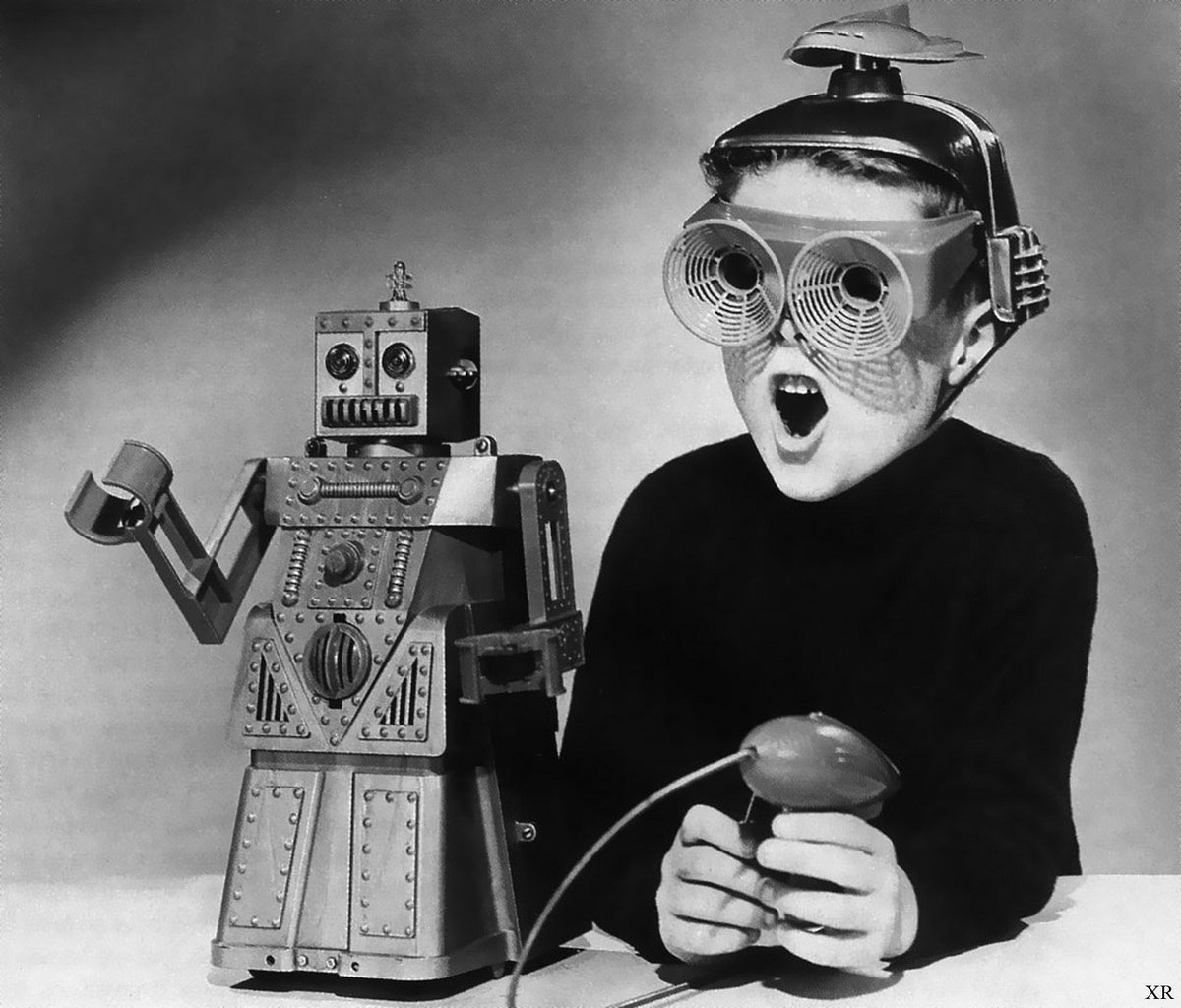 As per Ayshe's comment, this is probably "The Children" by Malcom Hulke, as answered here, which apparently only showed up in Galactic Adventures, also known as Purnell's Book of Adventures in Space. Unfortunately, there is no online summary or review for me to quote, but at the time of that that I helped improve the answer, I read all of the stories in the volume, and your memory is essentially correct, a pair of children emerging from underground, learning that the war has long since been over, and their jumpsuits do dissolve, leaving them "naked in the Garden" as the phrase goes.

From the other question

Two children who escape an underground city to find giant robots launching missiles into the desert so humans think war is still occurring.

Another question which was answered with the same book includes a story which might have been the mash-up of multiple stories, which mentions the jumpsuits.

A story of two people who get on a spacecraft or rocket that sends them to a planet filled with nature with no other humanoids. For some reason, water causes their tunics and other clothes to melt away. Their craft cannot be used anymore so they are stranded on this planet. It is then revealed that they are Adam and Eve.

9
Old Science Fiction anthology: man with nightmares of a giant bee; post-apocalyptic underground world
9
I'm looking for a Sci-Fi anthology from the late 70s. (the stories are probably older)
24
Short story about a mutiny on a spaceship and a polite captain
13
A children's science fiction short story collection from the 1980's
11
Name of a YA sci fi anthology?