Did the stable boy use the Force?

At the very end of The Last Jedi, a stable boy on Canto Bight, who was given a Resistance ring by Rose when she and Finn liberated the fathiers, stares up at the night sky with his broom in hand. The boy in question is pictured below. 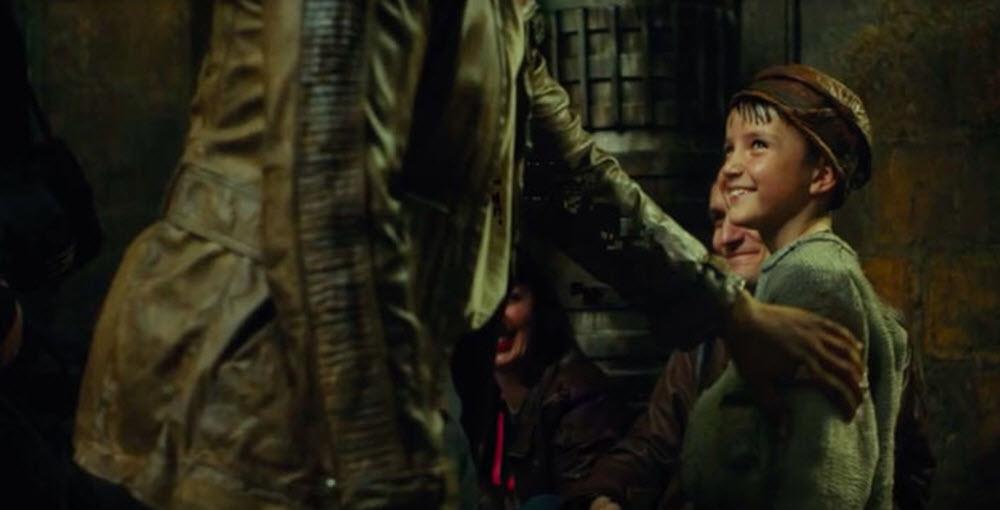 Having watched the film twice now, I might swear that I saw the boy pull the broom to himself from the wall, from a slight distance.

Perhaps he applied his foot to the base of the broom to swing the top of it towards his hand. But if he did, I didn't see it.

Did the boy use a Force pull on the broom or was the scene more mundane than that?

Temiri Blagg held his hand out and the broom traveled toward him. I think we can presume that he used the Force rather than it being some kind of high technology hover-broom.

7
Is the storyteller kid at the end of “The Last Jedi” Force-sensitive?

52
Did Princess Leia ever use The Force?
27
Did Anakin actually use the Force to win the Boonta Classic?
0
Did Keuller use Force lightning in The New Rebellion?
4
Did “the force” ever use a different name?
4
Did Vader/Anakin use the Force to kill Palpatine?
11
Why did the Resistance automatically assume the use of this tech in The Last Jedi?
15
Why didn't these characters use the Force?
8
Why did the resistance use so many of these ships?
7
Is the storyteller kid at the end of “The Last Jedi” Force-sensitive?