Is Wonder Woman also a speedster just like the Flash and Superman?

In this video from Justice League (2017), you can see that Wonder Woman saw bullets in slow motion before dodging them. I have seen her stopping bullets, lasers, etc. on her bracelets before (e.g. Justice League cartoons), but I always thought it had to do with instincts and weapon's direction, motion, etc.

Although such slow motions can be meant for viewers, if you look at the end scene in the video, she actually acted like the Flash. A terrorist fired at civilians using automatic assault rifle at close range in large arc and she stopped all bullets while moving not just her hand but also her legs.

I am unable to buy it because this makes Wonder Woman deadly. Unlike Flash, Wonder Woman is physically strong as well as a warrior. She could have crushed Steppenwolf and his minions in no time without Superman. Also, movie never focused on her speed abilities.

Is Wonder Woman really a speedster? Is this consistent with the comics and TV shows?

Wonder Woman's ability to bounce bullets off her bracelets requires her to have some superhuman reaction ability; she has to be able to recognize where the bullets are going and move her limbs to parry them with superhuman swiftness. So she does have a degree of superior speed, which also shows up in, for example, her running speed; she often shows the ability to run faster than normal humans (but this would be expected, based just on the super strength of her legs).

However, she does not typically have super speed identified as a distinct power. For example, the Super Powers Collection action figures has cards as part of their packaging that listed the heroes' and villains' powers. Wonder Woman's does not list super speed. 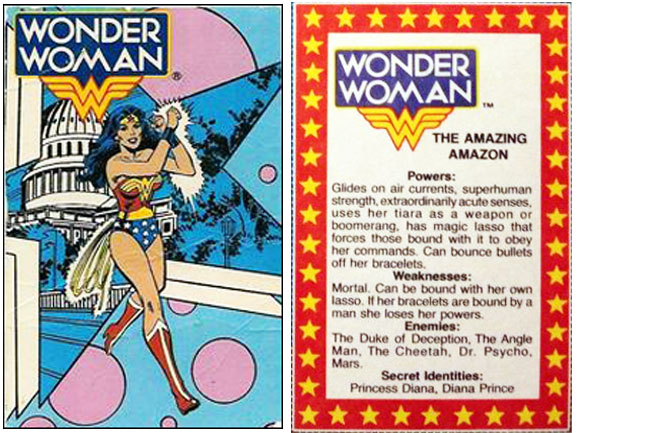 So in the DCEU Wonder Woman has been re-branded as a God. This is how she was able to defeat Ares. As Ares explained to her in Wonder Woman (2017):

Only a God can kill another God.

That would mean in and of itself that within the DCEU Wonder Woman is the "strongest Avenger." The only question to answer then is by what standard is she a God? Diana herself even seems to go along with the idea that Superman is the key to defeating Steppenwolf.

Just as Thor is only seen as a God by humans and is not a God in reality, Diana could be in a similar situation. We do not know by what standard she is classified as a God. Given that she killed Ares, Gods can die. If there is another that could be on the same level as Diana and kill her, then they too would be classified as a God in that instance.

Perhaps Superman can be classified as such. Or perhaps, despite having greater strength and etc. he could not kill Diana even given his best effort. We do not know the answer... yet.

But, Wonder Woman was not always a God as can be seen here sourced from the first comics. She received gifts from the gods, but was only the soul of the first woman killed by men reincarnated. Receiving these gifts would not make her a God, only something altogether unique. She only became a Goddess after being resurrected.

However, of those gifts given as a child, she received wisdom, strength, and speed. This is of course not documented in a calculable fashion and I am unsure if in the old comics she ever shows off super speed, but arguably the only time she would need to display this would be against Superman or Flash. Perhaps, just as we know Superman is always holding himself back, Wonder Woman is as well.

Wonder Woman is one of those heroes whose powers have changed greatly over the years. She occasionally has had the power of flight, but in the sort of "carried aloft by the winds" variety, which implies she couldn't fly that quickly.

As others have said, she has super fast reaction time in order to be able to deflect bullets. While she is clearly moving very quickly in that clip, super speed has never been listed as a discrete power.

The best guess might be that she's a sprinter - she can put on bursts of speed to close a distance quickly, but may not be able to engage in a long-distance run like Superman or any speedster can.

This may explain the need for the invisible/robot plane in the comics - she can run or fly to travel short distances, but for a long haul, the plane is more efficient.

It seems that I remember reading somewhere that Wonder Woman can move at speeds up to 1/2 the speed of light. That would be 93,141 miles per second, which far exceeds the speed of any bullet. Another thing to also consider: She only manifests her "super abilities" when they are most needed, not when she chooses. At least this is what I have deducted from the comics, TV shows, etc. This keeps her humble, in a sense.

Speedsters use the speed force and can do feats like reach light speed level, go backwards in the time, go through matter and other things a geek can relate deeply

Superman can only reach around the sound speed level, and Wonder Woman something similar... Sorry but the flash that you saw in JL movie, is a bit leveled down.

People tend to compare both because when Superman/WW use their sound level speed, it looks like they're capable of similar things to the Flash , but it isn't the case...

Diana has frequently been shown to have superhuman speed, which people realized was sort of logical given her superhuman reflexes. For instance, in the TV series she chases after a speeding car and at one point have her running in slow motion, which was the standard visual trope for "running at superhuman speed (see The Bionic Woman and The Six Million Dollar Man for other examples).

No, I'm sure that the filming of her running from the front was entirely about indicating superhuman speed and had no ulterior motives whatsoever, as you will note if you observe closely... and... um... sorry, where was I? Right, superspeed.

The thing is, lots of comic book characters are portrayed as having superhuman powers that aren't usually considered part of their standard power set because in comparison to other super/meta/mutant/whatever humans, it isn't that impressive. In his debut MCU film, Captain America ran down a car and easily tore a door off it, yet if you asked someone to list his powers "superspeed" and "superstrength" wouldn't normally be on the list, because people would, consciously or not, compare him to the people he hangs out with. Compared to Thor or the Hulk, he's not much stronger than an average human. Compared to Quicksilver, he's not much faster than an average human, yet compared to the average human (see the "On your left" jogging scene from The Winter Soldier) he's clearly superhuman.

On the DC side, Diana hangs out with the Flash. She might be able to trivially run down cars and move almost faster than the eye can see in short bursts, but compared to Barry Allen or Wally West or Jay Garrick or Bart Allen, well, that's cute.

Not the answer you're looking for? Browse other questions tagged dc comics dc-extended-universe wonder-woman justice-league-2017 or ask your own question.

5
Has Wonder Woman got superpowers in 1974 TV series?
14
Are Wonder woman and Superwoman the same character?
5
What is the relationship between Superman and Wonder Woman?
10
Batman v Superman: Wonder Woman at Lex's Party
15
How old is Wonder Woman in Batman Vs Superman?
14
Which comic book has this image of Wonder Woman carrying Superman and Batman?
8
In Batman vs Superman why didn't Superman just have Wonder Woman stab Doomsday with the kryptonite?
4
Is Superman more powerful than the Greek gods?