I have tried Library of Congress online, WorldCat, Google, Google images of book covers (tip: these tend to never show the back cover), this website. So far, nothing.

appeared in a display advertisement in a USA-based science fiction periodical. Perhaps the words appeared only on the back of the dust jacket or paperback. Book was a compilation, various authors collected.

Have already tried these variations: SF, SCI-FI, SCIENCE FICTION. DO NOT, DON'T. Nothing. Probably not a British book, but possible. Display advertisement never appeared in a UK science fiction periodical. Book probably from USA-based publisher. Possibly a mainstream publishing house, though this seems unlikely.

story-identification short-stories
share | improve this question | |
edited May 16 '18 at 5:34

This seems too obvious, but Science Fiction for People Who Hate Science Fiction is the title of an anthology edited by Terry Carr, first published in hardcover by Doubleday in 1966 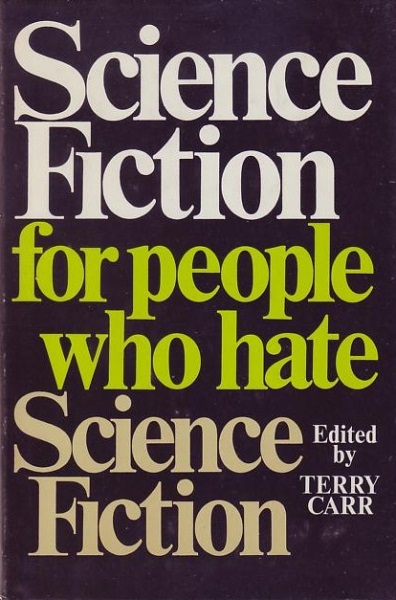 and reprinted in paperback by Funk & Wagnalls in 1968: 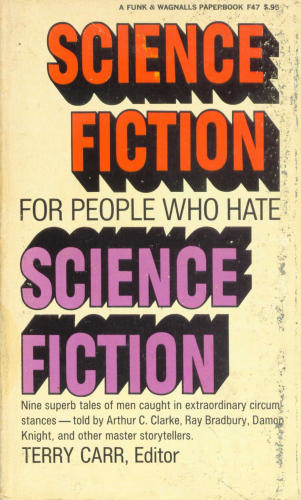