Why does Data repeat his words?

In "Conundrum," Satarran Kieran MacDuff, while aboard another vessel, is able to wipe the short-term memories of all Enterprise personnel. After making Counselor Troi a Samarian sunset (in the traditional style), Mr. Data says, "I hope you enjoy it." After this, the "flash" from Kieran's memory-eraser moves over Data's face, and the android repeats the line. Why?

(It could be argued that Data simply forgot that he had spoken this, but nobody on the Bridge is shown repeating their last words.) 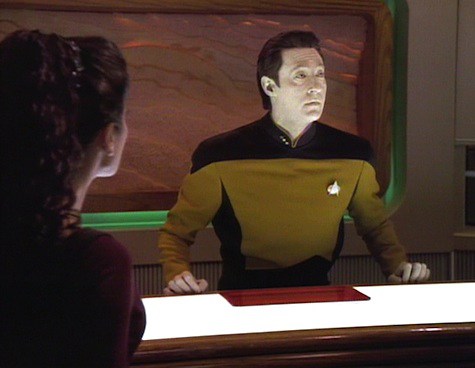 star-trek star-trek-tng star-trek-data
Share
Improve this question
edited May 23, 2018 at 4:05