Does Cull Obsidian have limb regeneration?

In the initial fight between "the Children of Thanos" and Tony Stark, Dr Strange, David Banner and Wong, Wong opens a portal to a cold, snowy wilderness - presumably somewhere in the Himalayas since Wong would be familiar with the area and Cull Obsidian falls through, and when he tries to jump back through, Wong closes it and he has his arm severed at the elbow. At the end of the movie in the final battle, he accompanies Corvus Glaive and Proxima Midnight and fights Banner who is wearing a Hulk sized Iron Man suit and he has both arms again. Is this a goof by the writers, or does he have some power to regenerate lost limbs?

In the scene that you're referring to, his arm is now made of metal topped with a three-pronged claw. Clearly it's a prosthetic device to replace his lost (real) arm. 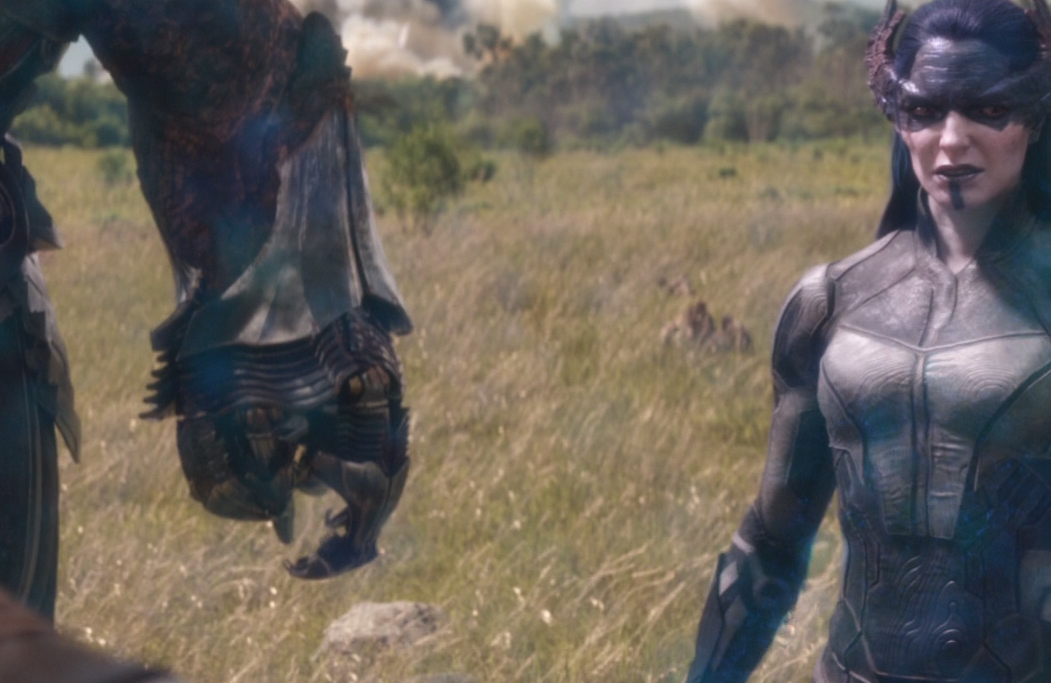 Not the answer you're looking for? Browse other questions tagged marvel marvel-cinematic-universe avengers-infinity-war regeneration or ask your own question.