I saw this movie (or possibly mini-series) on TV (grandma had cable) in the mid to late eighties. I was young, so I don't remember much. Aliens were hiding as humans so it took a while to figure out what was going on. There was a scene with a baby, sick in an incubator, but then his skin split open and it was a green alien baby. I also remember a scene where there was a big balloon release because the aliens were allergic to latex, but then it seemed like the aliens went from being bad guys to good guys.

Could this be a confused mash-up memory of V?

A race of aliens arrive on Earth in a fleet of 50 huge, saucer-shaped motherships, which hover over major cities across the world. They reveal themselves on the roof of the United Nations building in New York City, appearing human but requiring special glasses to protect their eyes and having a distinctive resonance to their voices. Referred to as the Visitors, they reach out in friendship, ostensibly seeking the help of humans to obtain chemicals and minerals needed to aid their ailing world, which is revealed to be a planet orbiting the star Sirius. In return, the Visitors promise to share their advanced technology with humanity. The governments of Earth accept the arrangement, and the Visitors, commanded by their leader John and his deputy Diana, begin to gain considerable influence with human authoritie

Near the end of the second series the human resistance used hundreds of Hot Air Balloons around the world to spread a virus/bacteria/toxin that was harmless to humans but deadly to the Visitors, to drive them off earth. They were able to spread it to the Visitor Mothership over LA and capture it. (Its been too long but I believe they also spread it to many/most of the Visitor ships too, so only a couple or a few would survive to the trip back to their homeworld) 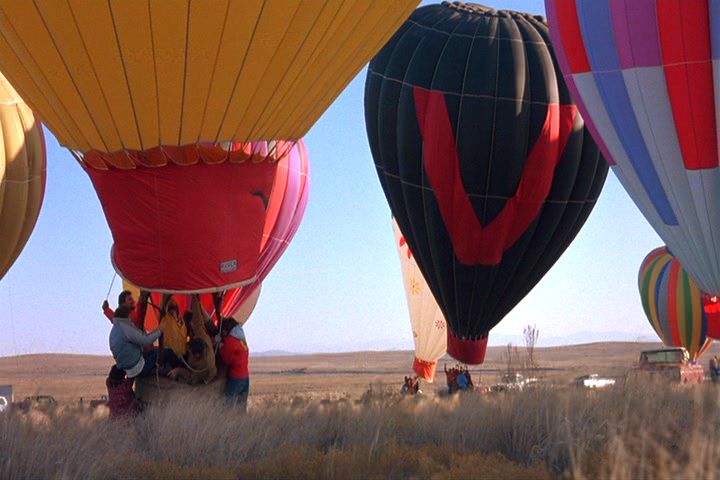 I don't recall anything about an allergy to latex but that might simply be a confused memory of their latex disguises if you were young, otherwise the elements do fit & the time period it was aired is right.

They were green reptilian aliens disguised with latex skin as humans invading earth, they initially appeared to be benevolent & here to help us before it became an overt invasion & some of them did switch sides to join or help the human resistance in later episodes.

6
Sci-fi movie about a video game with enemies on motorcycles
7
1970's or 80's time travel movie/TV episode with aliens
7
60s-70s Sci-fi film where two competing alien races send agents disguised as humans to determine control of Earth (one side cheats)
4
Movie with humans battling aliens piloting giant animalistic, water-walking robots or sea warships
9
B-class sci-fi movie about postapocalyptic group of soldiers moving from outpost to outpost, with some of them being cyborgs (or diseased?)
8
Post Apocalyptic show in the desert with a vehicle named the “Green Monster”