In this manga, there is one boy who dies in an accident and comes back as ghost to "haunt" the other boy he met. The boy who died then makes him go and make up with his girlfriend in his place.

He will tell her that her dead boyfriend sent him but she won't believe him. He will take her to some places and give her some gifts (there was some specific number of gifts he had to give her) and she will believe him in the end. 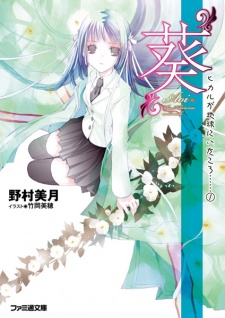 High school student Koremitsu Akagi finds himself attending the funeral of Hikaru Mikado, who had died in an accident during Golden Week. He's not sure why he's there, as he only exchanged a few words with Hikaru at school.

However, Hikaru doesn't seem to be completely gone from the world, as he comes back as a ghost in order to fulfill a promise to Aoi Saotome, his fiancée. Since Koremitsu is the only one who can see him, he asks him to carry out his promise in his place.

Complying with his request, Koremitsu tries to fulfill Hikaru's promises to the rest of his "girlfriends," helping them overcome past misunderstandings and repair broken relationships. But the situation surrounding Hikaru's death is shrouded in mystery, as it's uncertain whether or not he truly died in an accident...

I found Jenayah's query on a similar question at Manga: male student dies, comes back as a ghost only seen by his female friend, they hunt for other ghosts and uncover a hoax and borrowed their search string. ghost boyfriend "only * can see" girlfriend site:myanimelist.net/manga worked for me.

4
Manga: male student dies, comes back as a ghost only seen by his female friend, they hunt for other ghosts and uncover a hoax

8
Manga where a girl travels back in time after the guy who liked her died
4
Manga: male student dies, comes back as a ghost only seen by his female friend, they hunt for other ghosts and uncover a hoax
6
Fantasy manga about a girl who travels back in time to old Japan
5
Manga about protagonist (male, high schooler) who died in road accident and wandering as ghost at his school
11
Manga where a girl dies every time a boy falls in love with her
2
Teenage book about a girl falling in love with a bad-boy ghost
2
Manga about a boy who sacrifices himself to protect his parents from bandits, but is saved by a dragon
3
Manga where a boy can become a ghost every time he sleeps, and finds a girl who can do the same
2
Looking for a manga or hentai about the son of a lord who reluctantly chooses his first slave on his birthday