In BBC's Dracula series, how did Dracula and Van Helsing end up having sex at the center of the Sun?

At the very last (and rather controversial) scene of BBC's 2020 Dracula series, the Count and Van Helsing are seen having sex at the center of the Sun: 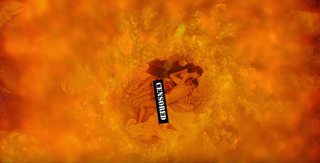 However, it was left unclear if this really happened, was a dream or even a metaphor of some sort.

Arguments for having really happened:

The Count has demonstrated several impressive supernatural powers, e.g. is immortal, can turn into bats, can create mist, can hypnotize his victims, can control animals etc etc.

is not damaged by the sunlight! Albeit, he realizes this only at the end.

Finally, it is shown that vampires in general are not destroyed by fire, hence the Count may have really survived at the core of the Sun.

Arguments for being a dream:

While feeding on his victims he can cause them to dream, presumably to pacify them.

This is relevant as

just moments before, the Count was seen committing suicide by feeding on a dying (from cancer) Van Helsing since a dying person's blood is venom for a vampire.

So, did this scene really happen or was it a dream?

In the final scene she says:

This isn’t real. This is a dream.

Of course it is.

We saw in the previous episode that while drinking blood, Dracula is able to implant a vision in his victim (such as the chess game between him and Agatha).

In the final scene, his is draining her blood and giving them both a dream while he does so.

Presumably the dream is intended to make both their deaths more bearable as he tells her:

Not the answer you're looking for? Browse other questions tagged dracula dracula-2020 or ask your own question.

0
How did Dracula get into Lucy's home?
3
Why did the driver stop and go to the blue flames?
6
Story with time-traveling vampires