I used to watch a cartoon/anime style TV show when I was younger and I can't remember the name. It was animated like an action series like He-Man or Dragon Ball, but it had teenagers as protagonists. I remember that one of them could summon, from a pendant, a blue mammal (I say mammal cause I don't remember) possibly a tiger/lion, and they where like imaginary or from another dimension. I think the title was like a play on word for "Imaginary".

Sorry for being so vague about it, but I don't remember much and Google hasn't been useful either.

Three thousand years ago in the Moonlands, the evil Shadow Magi Agram was sealed inside the planet's Core by the Core Glyph and the Dreamstones which provided its power. Now he plans to escape by using his Shadow Geysers to weaken his prison in order to bring the Moonlands under his control, and only a Magi known as the "Final Dreamer" can stop him. A young boy from Earth, Tony Jones, is summoned into the Moonlands as he is believed to be this Final Dreamer. He joins forces with the apprentice Magi, Edyn, and the Shadow Stalker, Strag, on a mission to gather the Dreamstones before Agram is set free. Using the Book of Elders, the three travel through the Moonlands while combating the forces of Agram and gaining an ever-growing collection of Dream Creatures from the Moonlands that they visit.

The blue mammal can be seen in the picture below, and there's a play on words between "imagination" and "Magi-Nation". 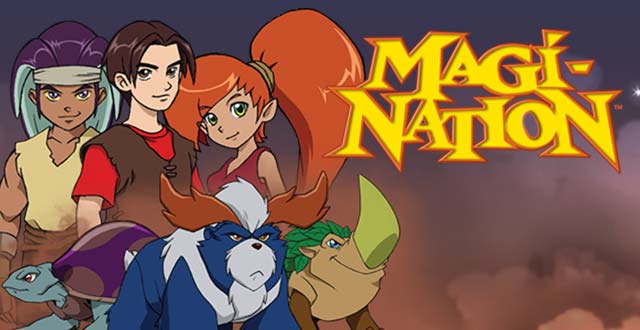 Not sure around what years you were “younger”...

It doesn’t seem to match since the main characters are not teenagers, but the leader of the heroes, Leoric, summons a blue lion from his chest emblem: 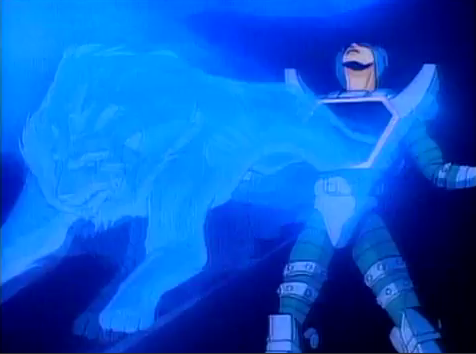 Not the answer you're looking for? Browse other questions tagged story-identification tv anime cartoon or ask your own question.

11
Book about 2 boys that time travel from 1980's (?) to Mayan (?) civilization with a Viking girl?
7
Cartoon series with teens and adults summoning monsters, involved five temples in Atlantis
1
Animated series with jump-through portals
9
Anime about a red haired boy suddenly being transported into another world
11
Anime Movie: Floating Islands, Post-Apocalypse Fantasy/Steampunk, Clans at War, Brother and Sister
7
Space adventure cartoon with underground caverns and collapse
21
1980s or 1990s film with robots or mechs I watched in my childhood