The previous owner of her current body was a mean and ill tempered girl. The story revolves around how she wants to fulfil the previous body owner's wish to become the queen, to do that she has to become rivals with the prince's lover. Sorry I didn't give enough information I don't actually remember much But I remember that the mc' body's previous owner was a mean girl and she used to bully the prince's lover because she liked the prince. Long story short after mc got reincarnated she tried to become friends with the girl the previous body owner used to bully but discovered later that the prince's lover wasn't actually a naive girl but a calculative cunning one. Mc didn't really like the prince (at least when I stopped reading) and became FRIENDS with his half brother the fifth prince. To ruin the mc's image, the prince's lover sent a spy that told her that the relationship between the fifth prince and mc was suspicious and so prince's lover tried shaming her in front of everyone but failed (because crown prince took action) . Sorry I know I'm might not be giving enough information but that's all I can remember. Ps. I don't remember the last time I read it but it might have been 3 months ago or so

I finally found out the name of the manhua I was searching for. It's called "the justice of a villainous woman". I'm so happy I found it after so long~ シ thank you guys for trying to help🙇‍♀️ 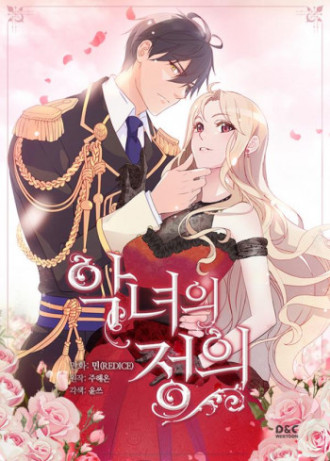 Not the answer you're looking for? Browse other questions tagged story-identification isekai or ask your own question.

8
Book about girl who learn she's a clone?
5
YA Book trilogy about a girl who turns out to be a troll queen
6
TV series about a boy and a ghost girl who was abused?
6
Book about a girl who finds her magic through the help of time travelling witches
10
Sci-Fi/Fantasy Anime about a girl who turns into a world-destroyer
4
Novel about a girl with butterfly poison on her face, who used to be a poison tester?
3
Webcomics/manhwa/manhua (not manga) about a hero who reincarnates as a noble lady
3
Korean manga / manhua about noble daughter being sacrificed
0
Manga about a princess and her fiancee who are killed, and she is reborn as a noble