In 1974/75 I read a horror novel that freaking scared the crap out of me. [I was in High School at the time] Pretty sure it was not a vampire or mummy type story, it almost certainly involved ghosts or hauntings. I can still picture the room I was in when I almost wigged out it scared me so much. (lived in that house in 1974/75)

It could have been paperback book published before 1975. Or possibly a hardback book I checked out from the library (which would mean it was probably a few years older)

The only thing I distinctly recall about the book is each of the Chapter intro pages had houseflies in the white space above the Chapter ## line.

The images were black and white basic outline drawings of flies. They were overhead views as opposed to side view.

Does anyone know of a Horror Novel from the early 70s that had flies on the Chapter pages?

The story freaked me out so much that I stopped reading any ghost/haunting type stories after that.

I had this same question almost written exactly as you did and after researching, it is the Amityville Horror. Hope that helps. 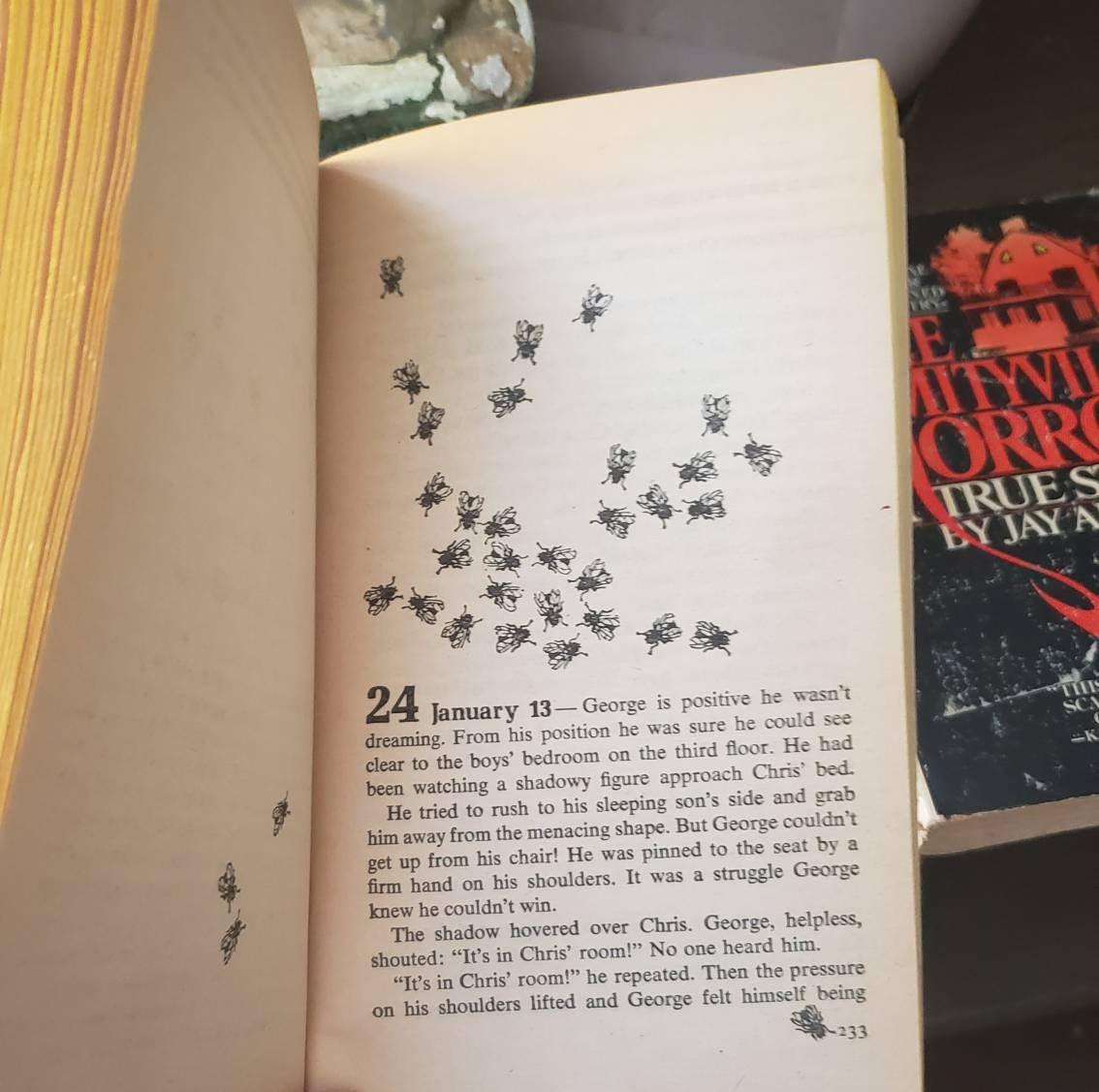 Not the answer you're looking for? Browse other questions tagged story-identification horror ghost or ask your own question.