For some reason I recently remembered an animation that I saw on TV at some point when I was a child. I only ever saw it once and don't remember when, but it was probably before the mid 90s. Here are all the details I remember:

This would have been shown on British TV at some point between the mid 80s and early 90s, probably at a child-friendly time of day. I don't know if it was a film or an episode of a series, because I probably started watching part way through.

This sounds a lot like "Les Maîtres du temps", only the girl was a boy and he was not shrunk down (the tube thing was a big plant where he hid from attacking giant insects).

While your description misses the main plot of the film, the visual details seem to match, and the design of the space station is very distinct.

This video has a scene from the end of the movie which shows the station.

The Wikipedia entry mentions that

And this is the station: 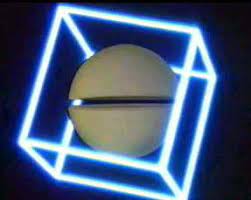 Not the answer you're looking for? Browse other questions tagged story-identification anime animation or ask your own question.

42
Animation movie (80's-90's) with brain-sucking insects
13
80's Animated movie: An old man joins mission to save a boy stranded on a hostile world

10
1980's book about a boy on a space station that goes to a forbidden Earth
9
What children's sci-fi novel has a girl on a space station who ends up on an alien planet?
12
Short story: Young girl living alone on space station about to crash into the Moon
28
Gory anime with pink haired girl escaping an asylum
5
Space Anime with super large spaceship, lonely cube AI and young girl crowned as its queen!
11
Game with inherited space station